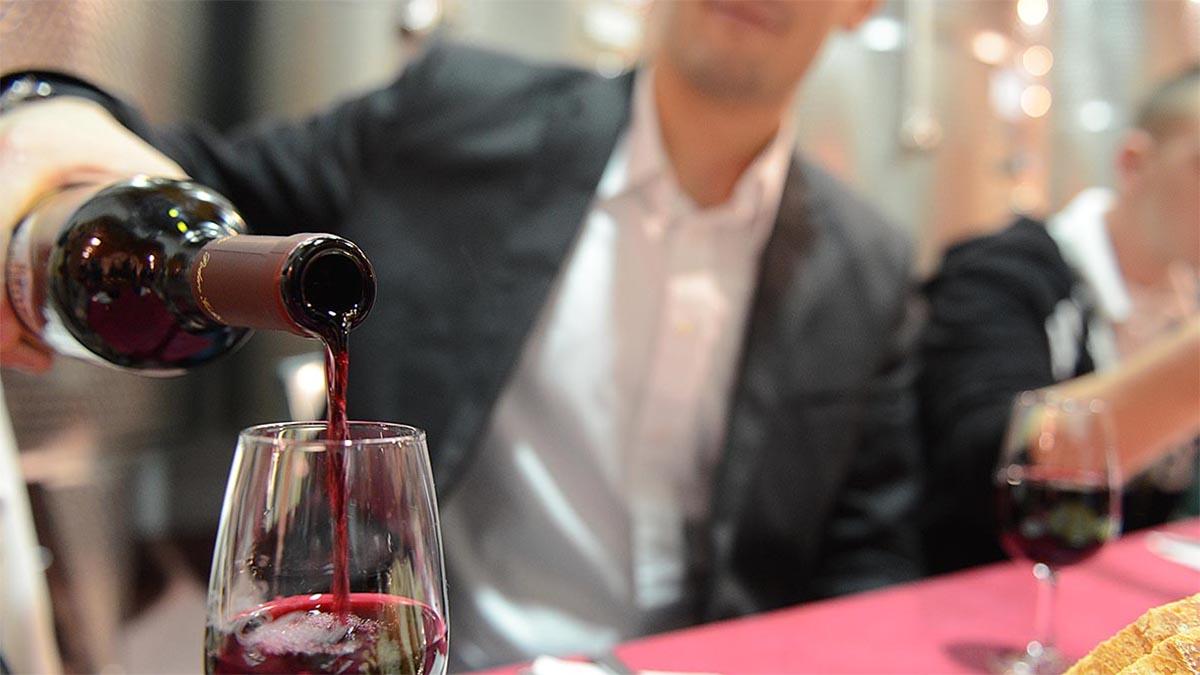 April is alcohol awareness month, and in the spirit of things, it seems that Americans are reacting to shelter-in-place orders by drinking more wine.

We’ll leave the reason for skyrocketing sales of Chardonnay to what playwright George Bernard Shaw said about it in the past, Grit Daily readers.

Shaw, who famously quipped, “Alcohol is the anesthesia by which we endure the operation of life,” aptly described what we are seeing today. In other words, people are turning to their alcoholic drink of choice as a coping mechanism for the extreme worry and isolation that goes hand-in-hand with the pandemic quarantine.

C.Vaile Wright, director of clinical research and quality in the Practice Directorate for the American Psychological Association, spoke out recently about why the stress COVID-19 is leaving in its wake is causing you to reach for that soothing glass of wine.

Stress is a common trigger for drinking, and this pandemic has led to an unprecedented period of stress. We are seeing more people using alcohol as a way to cope with the anxiety and stress and uncertainty of this situation.

“I think a lot of people use it to numb out,” Wright added. She also cautioned against self-medicating yourself with alcohol, indicating that it isn’t the best way to fight stress. She went on to say,

For one thing, alcohol is a depressant, both physically and mentally, so those already prone to depression or sadness may find those feelings exacerbated by drinking.

And it can actually increase one’s anxiety because it interferes with the ability to get quality sleep at night. Without quality sleep, it can be hard to manage stress the next day.

If you are part of the shelter-in-place scenario, it sometimes feels as if wine and other alcoholic beverages are essential items. Of course, they are not, but many isolated people such as Noelle Farrara are turning en masse to them.

Noelle Farrara is a human resources officer who lives in New Jersey. She told reporters that cocktails definitely assuaged her anxiety. Since the pandemic unfolded in her hard-hit state, she indicated that the cocktail she normally drank on the weekend has “morphed” into one or sometimes two that she has every night.

The human resources officer blamed a real fear on the virus, coupled with fear manufactured by the media, for her unease. She said, “Getting to the end of the day without paralyzing anxiety is almost a goal. I reward myself with a glass of wine or light beer.”

Recently, she realized that she had a new worry to think about. And that was that “her husband might run out of wine.”

“That’s not a thought that would’ve cropped up in the past,” Farrara said.

Alcohol represents one of the few creature comforts that are still obtainable. Whether it’s because it’s a good way to take the edge off or because people are maintaining some semblance of a social life through virtual happy hours on Zoom, wine sales shot up 66 percent.

One liquor store owner Erik Conley said that some vino is selling better than others. Conley, who owns Conley’s Wine and Spirits with his wife Kate, told Grit Daily that customers like to hunker down with white wines the most during the shelter-in-place orders.

Another survey reported that in the week ending March 21, off-premises sales of all alcoholic beverages in the U.S. grew 55 percent. What’s more, the online purchases of beer, wine, and spirits were up 243 percent more than they were the same week of the previous year.

The growth is most likely attributed to bars and restaurants that closed their doors due to the pandemic. COVID-19 has been tough on the industry. Its aftermath left many bars, restaurant owners, tasting rooms and liquor stores fighting for survival.

Many had to move fast to stay in business. Some shifted their focus to home delivery in areas that it is legal. While others worked to get online sites that facilitate alcohol purchases live.

When the governor of Pennsylvania ordered liquor stores to shut their doors, customers flooded the establishments. They emptied the stores in record time. In response to that void, a site geared to facilitate online alcohol purchases went live. Unfortunately, it proceeded to crash soon after because of the high demand.

Is the rush for wine and other spirits to pass the time going to lead to a wave of alcoholics? That isn’t likely to happen, according to Columbia University neuroscientist Carl Hart. Hart said there is no indication that “a wave of alcohol addiction will follow this pandemic. And new cases of addiction will be caused by the devastation the pandemic inflicted. Not because of one drink too many.”

That’s good news for us oenophiles. However, remember to consume everything in moderation — except for Grit Daily articles extolling the virtues of wine. Reading them helps you chill, and you can consume as many of them as you like.