President-elect Joe Biden received minor injuries while playing with one of his two dogs Saturday. President Biden has two ‘good boys’ Major and Champ. The two will accompany him to the White House when he and his wife Jill settle in at the beginning of 2021. The presidential pooches are both German Shepherds. Health Update […]

President-elect Joe Biden received minor injuries while playing with one of his two dogs Saturday.

President Biden has two ‘good boys’ Major and Champ. The two will accompany him to the White House when he and his wife Jill settle in at the beginning of 2021. The presidential pooches are both German Shepherds.

Health Update from His Physician

Joe Biden’s physician Dr. Kevin O’Connor updated the public about the incident on Monday morning. He confirmed that Biden twisted his ankle and sprained his right foot while playing with Major. The physician initially stated it wasn’t so bad saying, “Initial x-rays are reassuring that there is no obvious fracture and he will be getting an additional CT for more detailed imaging.”

Dr. O’Conner later added that “follow-up CT scan confirmed hairline (small) fractures of President-elect Biden’s lateral and intermediate cuneiform bones, which are in the mid-foot. It is anticipated that he will likely require a walking boot for several weeks.”

Conversely, the incident that will make Biden clomp around for a while gave hilarious ammunition to social media users. Kathy Griffin joked, “Major didn’t mean it. Major is an innocent angel from heaven!”

Some Grit Daily readers may have concerns after hearing about Biden’s injuries, thinking that exercising with big dogs may be bad for the president-elect’s health at his age. After all, Joe Biden at 78-years-old is certainly in the elderly class, meaning he is 65 or older.

Sprains are one of the most common injuries that occur in the elderly. Tissue wears down in joints and becomes less flexible in seniors. At this age, the CDC recommends that seniors do strength and balance exercises to improve balance and make your legs and ankles stronger. The agency suggests that Tai Chi is a good example of an exercise that helps.

However, regularly walking your dog and exercising is good for you and your dog’s health in many ways, too. Health experts say that if Biden is walking Major and Champ regularly, he will enjoy health benefits that include “improved cardiovascular fitness, lower blood pressure, stronger muscles and bones.”

President Trump may be contesting who won the presidential election, but he did send well-wishes to Joe Biden on his Twitter feed. On Sunday he tweeted, “Get Well Soon” in a message that has 164.6K likes so far. The video in the tweet shows Biden leaving the orthopedic office after Saturday’s sprain.

Having a dog or cat is a time-honored presidential tradition. Dogs, especially, help boost a president’s image, giving them added character. The Trump presidency marked the first time in 100 years that a pet didn’t stay in the White House. Donald Trump said that after two years in office he would feel a tad phony acquiring a pet.

About Champ and Major’s Popularity

As the dreariness of COVID-19 sets in, people are looking for feel-good stories. The two cute sheps on the way to the White House fit the bill perfectly. Biden’s penchant for a private life has left new outlets woefully short of human interest fodder. Which could explain the recent slew of news articles featuring Champ and Major.

The two dogs even have their own official Instagram Page, Champ and Major Biden. Some of their exploits include campaigning (through images) for their adopted dad. Even celebrities are excited about the first pets being in the White House, including Star Trek the Original Series actor, George Takei.

Major is the First German Shepherd Rescue in the White House

The Biden’s got Champ in 2008. Later, they adopted Major from a litter of surrendered puppies at the Delaware Humane Society in 2018. News outlets are reporting that Major is the first rescued dog in the White House, although that’s not the case. If you were to believe Major is the first rescued German Shepherd in the White House, you would be correct. Likewise, it would be correct if you said he will be the first dog from the humane society to dwell there.

Major will be the second adopted dog to live in the Executive Mansion, though. Lyndon B. Johnson’s white terrier mix Yuki has the distinction of being the first rescue to live in the White House. Yuki, who was very beloved by LBJ, was rescued by his daughter Luci. The canine had been abandoned at a gas station in Texas.

What to Know Before Getting One of Your Own

According to the American Kennel Club, German Shepherds are the second most popular dog in America. The affable Labrador Retriever is #1. German Shepherd dogs make fiercely loyal family pets, thereby earning them the nickname “protection you can hug.”

Meanwhile, the adage, “adopt don’t shop” may not be the best practice for getting one. Although the Bidens adopted Major from the humane society, acquiring a shep typically isn’t as simple as adopting one from the pound. Reputable breeders use line breeding, which assures you are getting whelps (puppies) from litters with similar health and temperament of the sire (father) and dam (mother). A reputable breeder will try to minimize these health and temperament risk through this robust breeding style and ethical adoption tactics.

This is especially important with large breed dogs because of their tendency for certain genetic health issues such as hip dysplasia, and for limiting behavioral issues such as aggression. On the other hand, if you adopt a German Shepherd from, say, a shelter, backyard breeder or puppy mill, you do not know what you are getting.

Since there are roughly 6.5 million companion animals that enter shelters nationwide every year, it is always best to take your time when bringing a new four-legged companion into the family.

In other pet news, Joe Biden said that a plan is in the works to eventually have a cat living at 1600 Pennsylvania Avenue. We aren’t sure what Champ and Major think about that, Grit Daily readers. 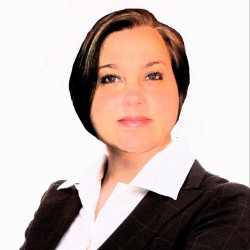