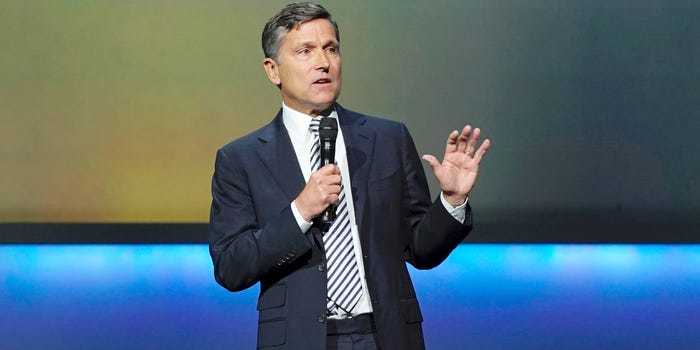 Variety reports that Steve Burke is widely expected to step down as CEO of NBCUniversal in the next year. Reports indicate that he’ll be replaced by Jeff Shell, now chairman of NBCUniversal Film and Entertainment. While Burke’s contract is set to expire in August 2020, sources say he could depart earlier in the year.

In January of this year, Burke made heavy changes to NBCUniversal leadership, positioning Shell in a strong place to replace Burke at the end of his tenure. Post-reorganization Shell oversaw Telemundo, NBCU’s international operations, Universal Studios,and NBC Entertainment. Mark Lazarus, Shell’s colleague who was also a strong candidate as a potential successor, was promoted in January to chairman of NBCU broadcast, cable, sports, and news.

Currently there are no formal deals yet for Burke or his replacement, and there is speculation he may move to a major role with Comcast or its satellite TV giant Sky.

This shift comes at a key time for NBCUniversal, as the entertainment titan readies itself to launch ‘Peacock‘, its own streaming service, into the increasingly crowded streaming landscape. Set to launch in April 2020, its launch plans were spearheaded by Bonnie Hammer, having moved to the chair of direct-to-consumer and digital enterprises before being moved in October to NBCUniversal’s chairman overseeing all broadcast, cable, and digital production.

While Shell is the front-runner to replace Burke, whoever takes the helm will be forced to see ‘Peacock’ launch against an increasingly crowded streaming field. In addition to Netflix, Amazon Prime, Hulu, Apple TV+, and Disney+, Spring will also see the launch of HBO Max, Warner Bros.’ own streaming challenger.