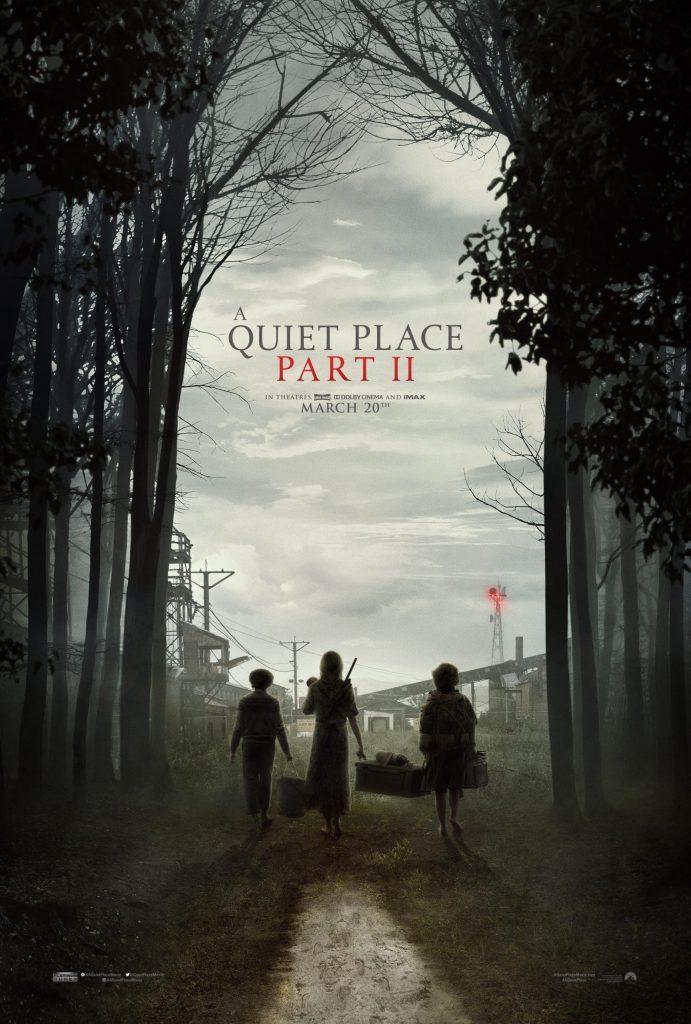 The official teaser poster and first look for A Quiet Place Part II were released today, signalling a return to Paramount Pictures’ extremely profitable horror film world on March 20, 2020 (both in Dolby Cinema and IMAX).

2018’s A Quiet Place was a surprise hit and every studio’s dream. An original property produced on a budget of $17 million, the film went on to gross $340.9 million. Set in a post-apocalyptic world where the entire world has been overtaken by sightless, near-indestructible creatures who hunt by sound, the film follows the Abbott family as they attempt to stay alive against all odds.

The new film will see the Abbott family continue their efforts to survive the post-apocalyptic world of the first film, but as they leave the relative safety of their home they find unexpected threats in the world beyond. More details will be available once the full film trailer is released.