Martin Scorsese’s The Irishman, starring Robert De Niro, Joe Pesci, and Al Pacino, is a top-tier Oscar contender. It’s longer running time and high budget are often box office killers as far as studios are concerned, but the crime epic is a feather in Netflix’s cap this Academy Award season. While Netflix often doesn’t release a lot of viewership information, Nielsen’s recently-released Subscription Video On Demand Content Ratings have revealed some interesting facts about the film’s performance so far.

The Irishman released on the streaming service on 11/27, and across its first five days of availability the film attained an average minute audience for each day of ~13.2 million viewers, with the third day being the largest individual day at 3.1 million viewers. On day one it netted a strong debut of ~2.6 million U.S. P2+ viewers.

Nielsen’s offered some comparisons between the premiere and other high-profile Netflix Originals:

The audience demographics for The Irishman were also revealed by Nielsen’s, with the audience skewing male and older. On day one, 20% of the audience was composed of men between 50 to 64, with that demographic reflecting the largest share of viewers throughout.

These strong numbers highlight a great debut for the streaming titan, the high profile boding well for its visibility over the next months–key awards season territory. 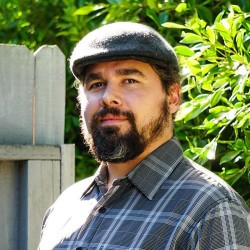