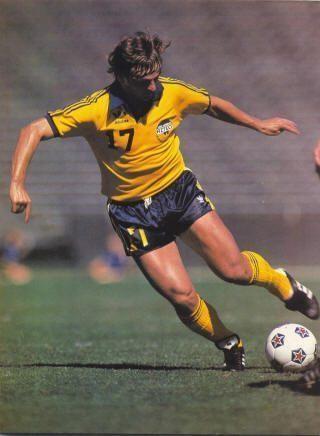 Gone But Not Forgotten: The Legacy and Lessons of the NASL

This is the third and final article in a three-part series on the history of the NASL and its lasting impact on American soccer. Read parts one and two here to get the full story.

The NASL has a lot in common with MLS, and the latter has built off of the league in countless ways.

From business models to players, stadiums, and even the teams of MLS themselves, here’s how the NASL played a major role in the development of the newer league and American soccer as a whole.

The most obvious impact the NASL has had is also one of the most simple.

Before MLS came along, the NASL had by far the most cultural impact of any soccer league in America. With the return of a major league, it made since to build off of that footprint and bring back those teams.

Look at some clubs: Vancouver Whitecaps? Won two Soccer Bowls in the NASL. Portland Timbers? Played seven seasons in the league before folding in 1982.

The San Jose Earthquakes and Seattle Sounders of MLS are also named after their NASL predecessors, along with the Tampa Bay Rowdies of the USL among other squads.

Many of those teams were actually the third or fourth franchise to carry the name of an NASL club. Commonly, a successful second tier franchise would carry a moniker from the NASL, technically dissolve, and then would be reborn as an MLS expansion team or join a new league. Examples include the Vancouver Whitecaps, Portland Timbers, and several other clubs.

In some cases, the revival wasn’t even intended. When Tulsa landed a USL club, a fan vote brought back the Tulsa Roughnecks name without the team even trying to resurrect the brand.

But the NASL hasn’t just inspired phoenix clubs. It has inspired a whole phoenix league.

The new NASL kicked off in 2011 as a second tier league featuring revivals of the New York Cosmos and Fort Lauderdale Strikers to name a few.

Unfortunately, the league was not as successful as its predecessor. The “new NASL” is currently in a state of limbo after losing its second tier status, and only time will tell if it survives.

A Tale of Two Leagues

At the time, both the NASL and MLS were and are the top level of American soccer. As such, they’re bound to have similarities.

Both leagues have shared a reputation as a “retirement home” for aging veterans. Think about the well-known players that both the NASL and MLS have drawn throughout their histories.

First, a look at the NASL: Pelé? Played his last match for the Cosmos. Beckenbauer? Retired after returning to the Cosmos for one last season. George Best? Retired just a few years after leaving the US. Similar stories with Johan Cyruff, Rodney Marsh, and other legends.

Now, compare it to MLS: David Beckham? Played one last season for PSG a year after leaving the LA Galaxy. Thierry Henry? Retired after his last season with the New York Red Bulls. Zlatan? Who knows what will happen with Zlatan, but he may not have too much time left in the US.

It should be noted that MLS has begun to focus on attracting and developing younger players, but it’s hard to tear down the “retirement home” image the league has given itself.

In addition, both leagues have had a focus on building up youth soccer in the US–although that looked very different in the NASL’s day.

Teams from the league would appoint players to visit schools to introduce kids to a game they’ve never heard of. On at least one occasion, students took soccer balls brought by a player and started shooting and dribbling them like basketballs. They didn’t know any better.

Now, MLS teams have full academies. The league is trying to develop a youth soccer culture on par with Europe’s, although that is a distant goal.

A huge change from nearly forty years ago.

MLS has also learned from the mistakes and limitations of the NASL.

The latter struggled with poor ownership, so MLS owns a stake in each of their teams and carefully vets all potential ownership groups.

An arms race over salaries led to many NASL clubs folding, so MLS has a salary cap to prevent that from happening.

The NASL played on football and baseball fields, which created a seemingly empty atmosphere and hurt the quality of play. Many MLS teams now have soccer specific stadiums, creating  intimate and exciting environments even if attendance is the same as at what it would be at a larger field.

Over and over and over again, the story is the same. MLS built off of something the NASL did first, and usually MLS was able to do it better as a result.

Perhaps MLS would have become what it is today even without the NASL, but it surely would have been a much tougher road to get to where it is now without the foundation provided by the elder league.

When you look at all of these factors and put them all together, one thing becomes clear.

The NASL died so MLS could live.

Enjoy this piece? Be sure to go back and read the first and second articles in the series, and as always check out GritDaily’s sports coverage!