For the second straight year, the Baylor Bears have brought back the “Sailor Bear” helmet logo for their homecoming game, a 33-30 overtime victory over Texas Tech. Here’s how the iconic logo looks with the new rebrand.

Over an eighteen-month period, Baylor embarked on a school-wide rebrand in order to unify the university’s appearance, with the final results debuting during the 2019-2020 academic year after being revealed in the Spring. All nineteen athletic programs were given a uniform redesign, and all nineteen now wear Baylor Green and University Gold.

Previously, each program used varying shades of green and gold. The football team’s signature was vegas gold, while the basketball program often wore neon green. Other teams wore a mix of many different shades.

To fully understand the Sailor Bear logo, one must think back to the 1950s. Before TV, marketing, and merchandising took over college football, a team’s logo was rarely seen outside of its own region.

Like so many other icons, Sailor Bear was designed by the legendary Arthur Evans. In an era before trademarks and copyrights, if a school wanted a new logo they would just call up Evans or another design firm, tell him what they want, and he would draw something up and send it their way. This explains the similarity of so many teams logos, including the uncanny resemblance of Sailor Bear to other schools’ symbols.

Cal and UCLA are two of the many schools to at one time have a Sailor Bear-like logo. Princeton, Missouri, Auburn, and LSU are just a few of the plethora of colleges to take a tiger variation.  But few other “Evans logos” have had the current relevance and lasting impression of Baylor’s Sailor Bear.

The first time Sailor Bear was used on a helmet by Baylor was last season, in games against Oklahoma State and TCU. That was also the first time any logo other than the traditional BU was used by the Bears

Both of these combinations were thrown out the window with the newest design.

The new helmet features a gold Sailor Bear on a glossy green helmet, with no other striping or accents. Baylor wore the new helmet with their redesigned mono-green home uniform. The gold of the bear pairs especially well with the gold on the jersey numbers and collar, resulting in a sharp, simple set.

The classic vintage vibe of Sailor Bear works surprisingly well with the modern feel of the redesigned jersey. Ironically, the use of a once generic logo actually gives Baylor one of their most unique uniform combos.

It’s still too early to tell if the “Sailor Bear Game” will become a yearly tradition. But at this point, it certainly looks like a rather aesthetically pleasing possibility. 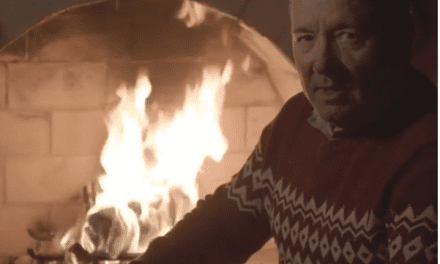 If You Still Use Yahoo, It Could Owe You Money Resulting from Data Breach