Millennials usher in a new wave of wedding traditions

The millennial generation is changing the way we think about weddings. A new study of 1,850 newlyweds revealed which traditions millennials embrace and reject. The study also sheds light on who’s paying for the wedding and reception. And identifies which new trends millennials love most.

Millennial weddings look different. Fewer couples have religious ceremonies, officiants and venues. Instead, they opt for non-traditional locations and spaces. In fact, less than half of millennials participated in the majority of so-called wedding traditions on their big days. The most common traditional wedding elements millennials still embrace include wedding cakes (71%), white wedding dresses (62%), and flower girls (57%). The study revealed millennials reject most traditions including traditional vows, same-sex bridal parties, receiving lines, and garter tosses.

Millennial couples are forging forward with a path of independence. Fewer couples are getting a parent’s blessing before popping the question. The study found that two-in-five couples didn’t speak to their significant other’s family before proposing. And when millennials get engaged, over half stay engaged for more than a year before tieing the knot. The study found the average engagement lasts 13 months for millennial couples.

Who pays for millennial weddings?

The bride’s family traditionally pays for the wedding. It’s a so-called tradition that’s adapted over the years. It started centuries ago when the bride’s family had to pay off the groom’s family in the form of a dowry. Now, however, millennials are changing that. The survey revealed roughly half of couples pay for their own wedding. Those that do, said they split the costs evenly between the bride and groom to the tune of $11,000. The top wedding day expenses couples split include the honeymoon, photography and videography, ceremony and reception, rehearsal dinner and the wedding dress. Surprisingly, the study found one in four couples bought and paid for the wedding dress together.

If millennials are phasing out so-called “traditions,” what are they replacing them with? One of the top new wedding trends is an after-party when the reception concludes. The study found 38-percent of couples threw an after-party so their guests could keep celebrating even when the reception ended. Another popular new trend is self-written vows. The study revealed the majority of millennials didn’t recite traditional or religious vows. Instead, couples articulate their own thoughts and feelings as they pledge their lives to one another.

Millennials may be less superstitious than their parents. It used to be considered bad luck to see the bride before the ceremony. Now, millennials have embraced the “first look.” A private moment between bride and groom, often captured by their photographer or videographer, before they say “I do.”

More millennials are tracking their big days with wedding hashtags. One in four couples created a wedding hashtag for guests to use. When they did, 90-percent said their guests used them!

METHODOLOGY:
Between October 4th and October 9th, 209, Jean Dousset surveyed 1,850 people who married within the past five years. The respondents are 40-percent male, 60-percent female. The average age of the respondent is 32. 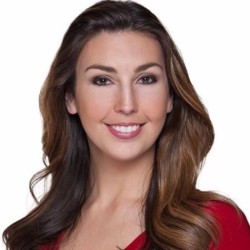 Tricia Harte is a Columnist at GritDaily. Her column focuses on brands and emerging technology. She is a former reporter for FOX59 News.