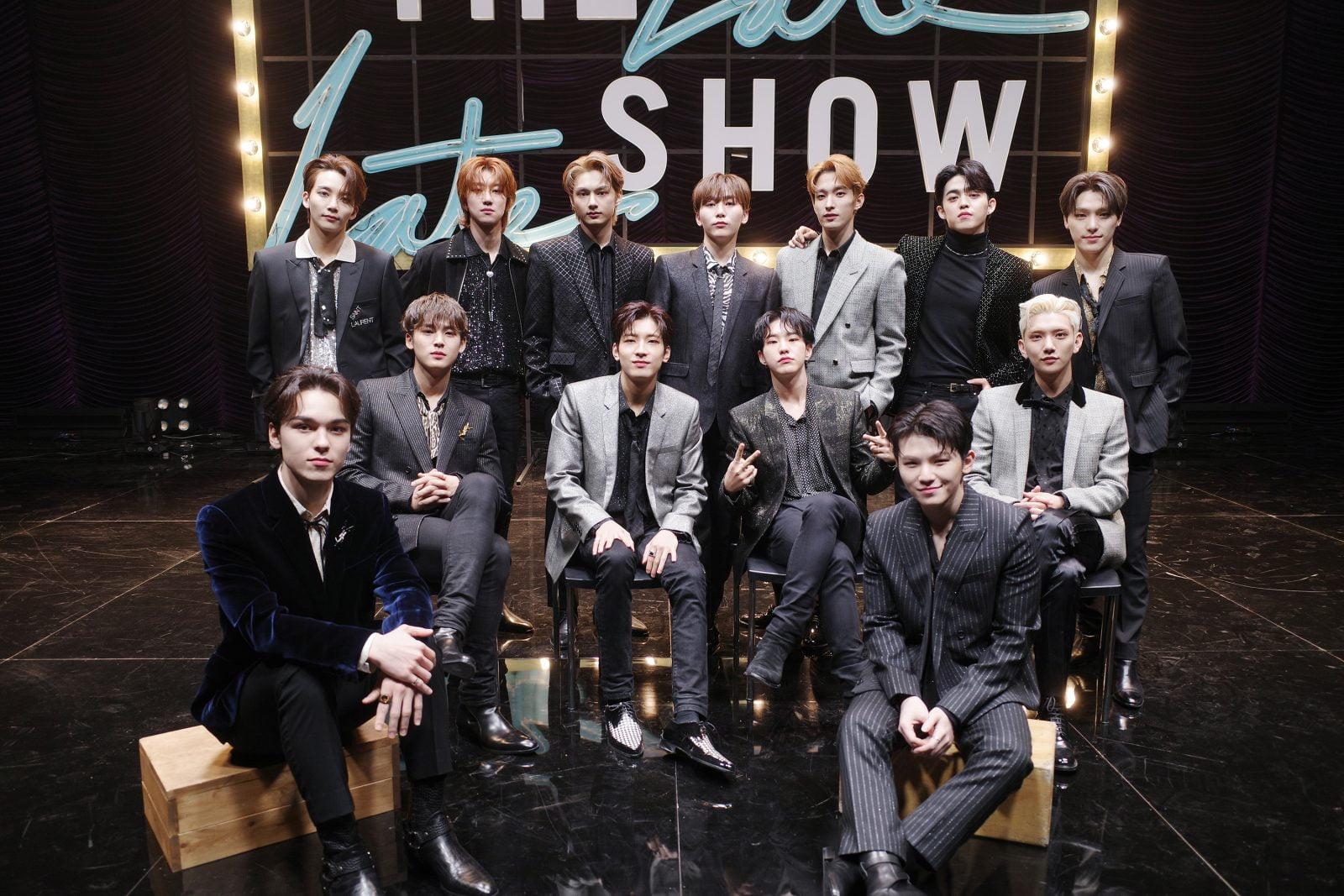 Meet Seventeen – The K-Pop Group Making Moves in the U.S.

Hello and welcome back to yet another article about K-Pop, but we won’t be talking about BTS like we usually do. Today, I’m going to introduce you to another group that is near and dear to my heart: Seventeen.

It’s possible that you may have seen the name “Seventeen” once or twice in the last week while watching TV or browsing the internet. That’s because this K-Pop powerhouse group recently made their U.S. late night television debut on The Late Late Show with James Corden and earlier today, they made their daytime debut over on The Kelly Clarkson Show.

Who exactly is Seventeen, though? I gave a brief introduction to them almost a year ago, but I’ll go more in depth here.

Seventeen is a 13-member K-Pop group under Pledis Entertainment. If you’re wondering why they’re called Seventeen but they only have 13 members, you’re not alone. The name comes from the sum of the many parts of the group: “13 members plus 3 units makes 1 team, Seventeen.”

The members include: S.Coups (their leader), Jeonghan, Joshua, Jun, Hoshi, Wonwoo, Woozi, DK, Mingyu, The8, Seungkwan, Vernon and Dino. Each of them also fall into the three subunits mentioned above.

S.Coups, Wonwoo, Mingyu and Vernon are the Hip Hop Unit, Jun, Hoshi, The8 and Dino are the Performance Unit and Jeonghan, Joshua, Woozi, DK and Seungkwan are the Vocal Unit; these units focus on rapping, dancing and singing respectively.

Alongside these are two more special subunits. S.Coups, Hoshi and Woozi—the leaders of the three subunits—make up SVT Leaders, while Seungkwan, DK and Hoshi are the ever-entertaining trio, BSS.

On May 26, 2015, they officially debuted with their first mini album, 17 Carat, and its title track “Adore U.” More recently, the group had a comeback in October for their special album, Semicolon, and the title track, “HOME;RUN.”

What Is Seventeen Known For?

Seventeen is one of the most talented K-Pop groups out there, and I’m not just saying that because I’m a fan. The group has promoted themselves as “self-producing” since they debuted. What this means is that the members heavily involve themselves in the production of each of their albums, and all of them had writing credits by 2017.

By being a group with several members, this also allows them to try out different and more intricate choreographies that smaller groups may not be able to execute. Their attention to detail and precision can be seen within all of their performances; their hard work and dedication paid off as they won the award for Best Dance Performance – Male Group at the MNET Asian Music Awards in 2017 and 2018.

Here I’ve linked a performance video for their song, “Fallin’ Flower,” and while it is one of their Japanese releases, the choreography is nothing short of beautiful and articulate.

Along with their music, Seventeen has a weekly reality show called Going Seventeen. Starting in 2017, the show mainly focused on showing behind-the-scenes content of concerts, music shows, photoshoots and more, but it has since evolved into them participating in games and challenges. The most recent season, Going Seventeen 2020, included special, monthly episodes set by each of the members.

And if you ask me, the show truly helped myself and their fans (known as Carats) get through last year.

In 2020, Seventeen’s 7th mini album, Heng:garae, sold 1 million copies in its first week, making it the first of their albums to reach that feat; Semicolon became their second album to do so later in the year. In addition, Heng:garae ranked third for South Korea’s all-time weekly album sales, and the only other group to reach this milestone so far is BTS.

Speaking of BTS, their company, Big Hit Entertainment became the largest shareholder of Pledis Entertainment, with Pledis now becoming a subsidiary of Big Hit. However, Pledis still maintains full management of Seventeen and their brother group NU’EST and actress Nana.

Despite making their U.S television debut, the group is no stranger to the states. Last January, they embarked on their Ode to You world tour, making stops from coast to coast. Unfortunately, the remainder of their tour was cancelled due to the rise in Coronavirus cases, but that won’t stop them from performing.

Last week, Seventeen announced a special, online concert called In-Complete, set to take place on January 23 at 6PM Korean Standard Time. From the name, I’m sure it has to do with not being able to see Carats in person, but hopefully they’ll be able to return to touring so they can reunite with them soon.

I also hope to see more of Seventeen in the U.S. as time goes on. They’re incredibly unique in every aspect of performance, and with the records they’re breaking, I cannot wait to see what 2021 brings for them.