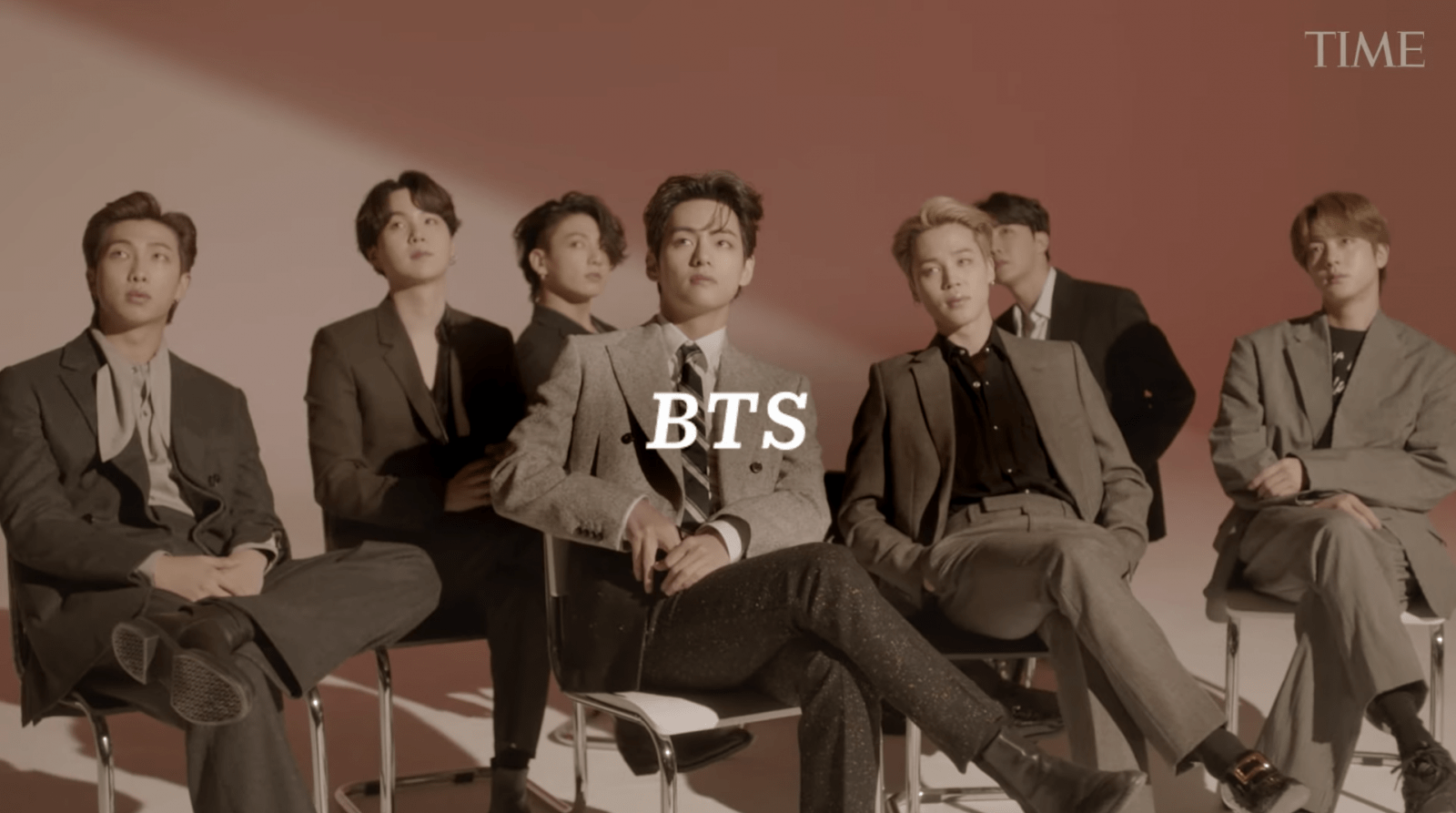 BTS Have Been Named Time’s Entertainer of the Year

This morning, Time magazine named BTS as their Entertainer of the Year for 2020. If you ask me, these K-Pop kings rightfully earned this title after an incredible, record-breaking year.

Success and Hardship in 2020

In an accompanying interview with Time’s Raisa Bruner, they spoke about their successes and what this year meant to them. 2020, as J-Hope told her, turned out as a “roller coaster” of year, and RM said it gave them the “best news and the worst news.”

The group postponed their world tour, set to promote their Map of the Soul: 7 album (released in February), even going as far as cancelling their Seoul dates entirely.

While the year went on, BTS went on to create new music for their fans, their ARMY. The group embarked on an album project that turned out to be more personal than anything they’ve worked on in the past.

In August, they came out with “Dynamite,” a fully English track that took the world by storm; since its release, the song earned the group their first No.1 on the Billboard Hot 100 chart as well as a history-making Grammy nomination for Best Pop Duo/Group Performance.

The release of their latest album, BE, last month and its title track “Life Goes On” revealed their feelings about this year without seeing their fans like they planned and described the hardships they felt but still wanted to show that there is a light at the end of the tunnel.

Jimin told Bruner that they “struggled a lot” with this year, going on to say that they “might look like we’re doing well on the outside with the numbers, but we do go through a hard time ourselves.”

J-Hope also added that becoming an artist that provided comfort, relief and positive energy to people “harmonized with the sincerity of our group,” leading them to become the BTS we know today, and also made their connection to ARMY more important now than ever before.

Along with making music, BTS made a mark in activism. In the past, they teamed up with UNICEF for the “Love Myself” campaign to raise awareness and take a stand against violence towards kids and teenagers by making the world a better place with music; with this, they have also spoken at the United Nations General Assembly to support the campaign in 2018 and 2020 respectively.

This year in June, as we witnessed acts of racial injustice and inequality and protests all over the world, the group and their company, Big Hit Entertainment, donated $1 million to the Black Lives Matter movement.

“We stand against racial discrimination,” they said in a tweet. “We condemn violence. You, I and we all have the right to be respected. We will stand together. #BlackLivesMatter.”

Days later, ARMYs took charge and matched that donation within a 24-hour period, with donations flowing in from over 34,000 people.

Jin said that the group’s decision to make the donation had nothing to do with politics and was fully in support of equal rights.

“It was related to racism. We believe everyone deserves to be respected. That’s why we made that decision.”

In addition to receiving the title of Entertainer of the Year, BTS will give a special performance during Time’s first-ever “Person of the Year” broadcast special, airing tonight at 10PM ET/PT on NBC.