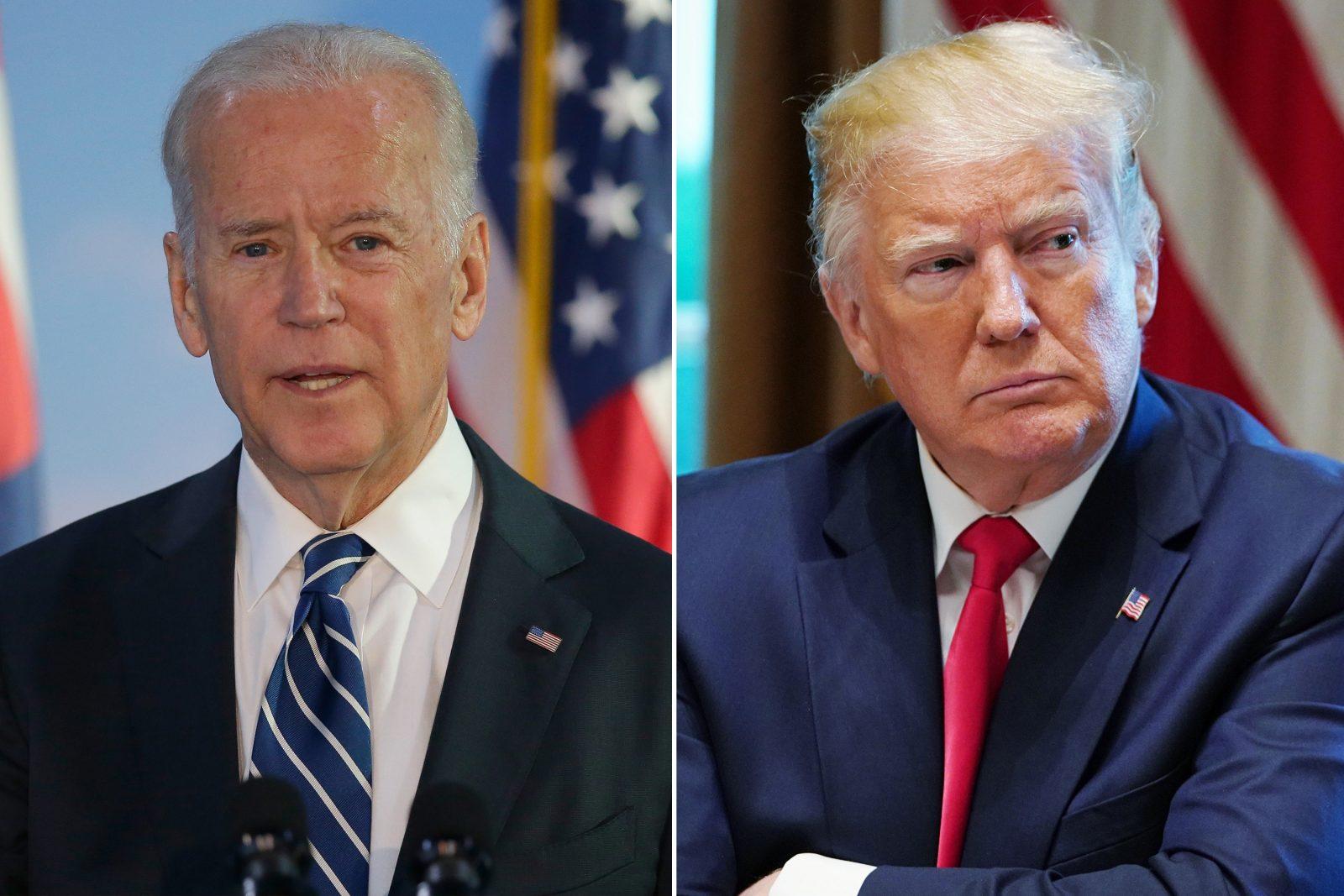 Exploring Key Points of the Trump and Biden Political Platforms

The presidential election is less than 100 days away. Former Vice President Joe Biden is running against current President Donald Trump. With so much going on in the world right now, it’s especially challenging to actually discern what each candidate actually stands for. Here’s a straightforward list of how each candidate feels on major political topics, from healthcare to immigration and more.

First up is the incumbent: President Trump. (Note: These are strictly Trump’s views from the time he initially ran for President and onward. President Trump has not listed any platform on his campaign website at this time.)

“Obamacare is hurting American families, farmers, and small businesses with skyrocketing health insurance costs. Moreover, soaring deductibles and copays have made already unaffordable plans unusable. Close to half of U.S. counties are projected to have only one health insurer on their exchanges in 2018. Replacing Obamacare will force insurance companies to compete for their customers with lower costs and higher-quality service. In the meantime, the President is using his executive authority to reduce barriers to more affordable options for Americans and U.S. businesses.

In 2017 president Trump supported the American Health Care Act of 2017. This was essentially intended to replaced the Affordable Health Care Act and had some major differences. If the act had passed in both the House of Representatives and the Senate (it only passed in the House of Representatives.) A few key points in the proposed act, per the Republican Policy Committee included:

Most U.S citizens are familiar with Trump’s famous 2016 campaign promise to build a border wall in order to mitigate illegal immigration. Trump made it clear that he wanted to reform the current immigration system. He supported a 2019 plan by his senior advisor Jared Kushner to implement an immigration system that was more focused on merit, believing that the U.S should increase visas for highly skilled workers. (Per a report from NPR.)

Trump had threw his support to the proposed RAISE Act legislation, which essentially built on the idea of a merit based points system that was supposed to have cut immigration numbers in half. The bill would’ve capped the amount of refugees allowed to enter the country at 50,000. Another key aspect of the RAISE Act would’ve eliminated the possibility for adult children of US citizens to apply for permanent lawful residency. This act never passed, but Kushner continues to work on his new plan which basically builds upon the RAISE Act.

President Trump has said that he supports background checks and vowed to enact change after the deadly 2018 school shooting in Parkland, Florida. He established the Federal Commission of School Safety in response to the shooting, and also stated that he believed that highly-trained school personnel should be allowed to have access to firearms to protect students.

Basically, Trump has spoken in favor of closing loopholes in existing laws, but doesn’t favor new gun control laws, and frequently says he is pro-2nd amendment. (Per USNews.com) He did agree with Hillary Clinton during one of the 2016 presidential debates that anyone on a terrorist watch list should not be allowed to legally buy a gun. (ontheissues.org)

President Trump was the first president to give a speech at the March for Life this past January. He said he stood by those who considered themselves pro-life.

“And from the first day in office, I’ve taken a historic action to support America’s families and to protect the unborn. And during my first week in office, I reinstated and expanded the Mexico City Policy, and we issued a landmark pro-life rule to govern the use of Title X taxpayer funding.  I notified Congress that I would veto any legislation that weakens pro-life policies or that encourages the destruction of human life.  At the United Nations, I made clear that global bureaucrats have no business attacking the sovereignty of nations that protect innocent life.  Unborn children have never had a stronger defender in the White House.

And from the first day in office, I’ve taken a historic action to support America’s families and to protect the unborn.  (Applause.)  And during my first week in office, I reinstated and expanded the Mexico City Policy, and we issued a landmark pro-life rule to govern the use of Title X taxpayer funding.  I notified Congress that I would veto any legislation that weakens pro-life policies or that encourages the destruction of human life. At the United Nations, I made clear that global bureaucrats have no business attacking the sovereignty of nations that protect innocent life. Unborn children have never had a stronger defender in the White House.“

Donald Trump at the March for Life Rally, January 2020

President Trump has said he only approves of abortion in cases of rape, incest, or when a pregnancy endangers the life of a mother. (Apnews.com)

Joe Biden served as vice-president to former president Barack Obama from 2009 to 2017. Biden is the presumed Democratic nominee and opposes Trump on a variety of political stances.

Biden unveiled a healthcare plan that would basically build upon the Affordable Care Act. Under the Biden plan, citizens aged 60 and older would have the option to opt into Medicare (the current age to qualify is 65.) The plan would also include a government run public option, and would eliminate surprise billing (where patients are slammed with bills because their medical providers were out of network and they weren’t told until after the fact). Surprise billing is a particular problem when a citizen has to visit the ER or has to call an ambulance, and they really don’t have a choice on what provider to choose. (source: healthcaredive.com)

On the subject of Medicare for All, Biden said he would, “veto anything that delays providing the security and the certainty of health care being available now…If they got that through in by some miracle or there’s an epiphany that occurred and some miracle occurred that said, ‘OK, it’s passed,’ then you got to look at the cost…I want to know, how did they find $35 trillion? What is that doing? Is it going to significantly raise taxes on the middle class, which it will? What’s going to happen? (Per an interview with MSNBC host Lawrence O’ Donnell)

Per Biden’s official campaign website, the Democratic nominee would seek to undo many of Trump’s immigration policies. A key part of Biden’s proposed immigration platform is reforming the asylum system.

“Trump’s disastrous policy of “metering” — limiting the number of asylum applications accepted each day — forces people seeking asylum to wait on the streets in often dangerous Mexican border towns for weeks before they are permitted to apply. It has created a horrifying ecosystem of violence and exploitation, with cartels kidnapping, violently assaulting, and extorting migrants. Biden will direct the necessary resources to ensure asylum applications are processed fairly and efficiently, while treating families and children with compassion and sensitivity.

Biden would also end federal funding for a border wall and reallocate the money to improving screening measures at US ports of entry. He would also reinstate the Deferred Action for Childhood Arrivals (DACA) program that he helped establish during the Obama administration. Another Biden platform is his intention to reform the temporary visa system. He would also increase visas for domestic violence survivors.

Biden would essentially reinstate the assault weapons ban while also preventing gun manufacturers from finding small loopholes by designing minor changes to assault weapons that would technically make them legal to sell but no less lethal. Biden would also use executive authority to ban assault weapons from being imported into the country.

He also supports legislation that would restrict gun buyers to purchasing only one gun per month to reduce stockpiling. There are quite a few gun-purchasing related loopholes Biden would close as well, including the following:

Biden also supports a policy to “put America on a path to ensuring that 100% of firearms sold in America are smart guns.” Smart guns are firearms that only allow authorized users to fire the gun.

Biden said last year that he would support a repeal of the Hyde Amendment, which basically prohibits the use of federal funds for abortion except in cases of rape, incest, or life-threatening circumstances for the mother.

“If I believe health care is a right, as I do, I can no longer support an amendment” that makes it more difficult for some women to access health care.“

“I’m prepared to accept for me, personally, doctrine of my church,” [about when life begins] “but I’m not prepared to impose that on every other person.”

It’s clear that both candidates are on far ends of the political spectrum when it comes to major issues affecting the lives of all Americans. It’s important that every citizen is educated on the issues so they vote fully prepared. No candidate will perfectly align with your every view, but it’s important to choose a candidate that aligns with your values. Stay tuned for part II of the political platform series, as we explore more of where Trump and Biden stand on important issues.