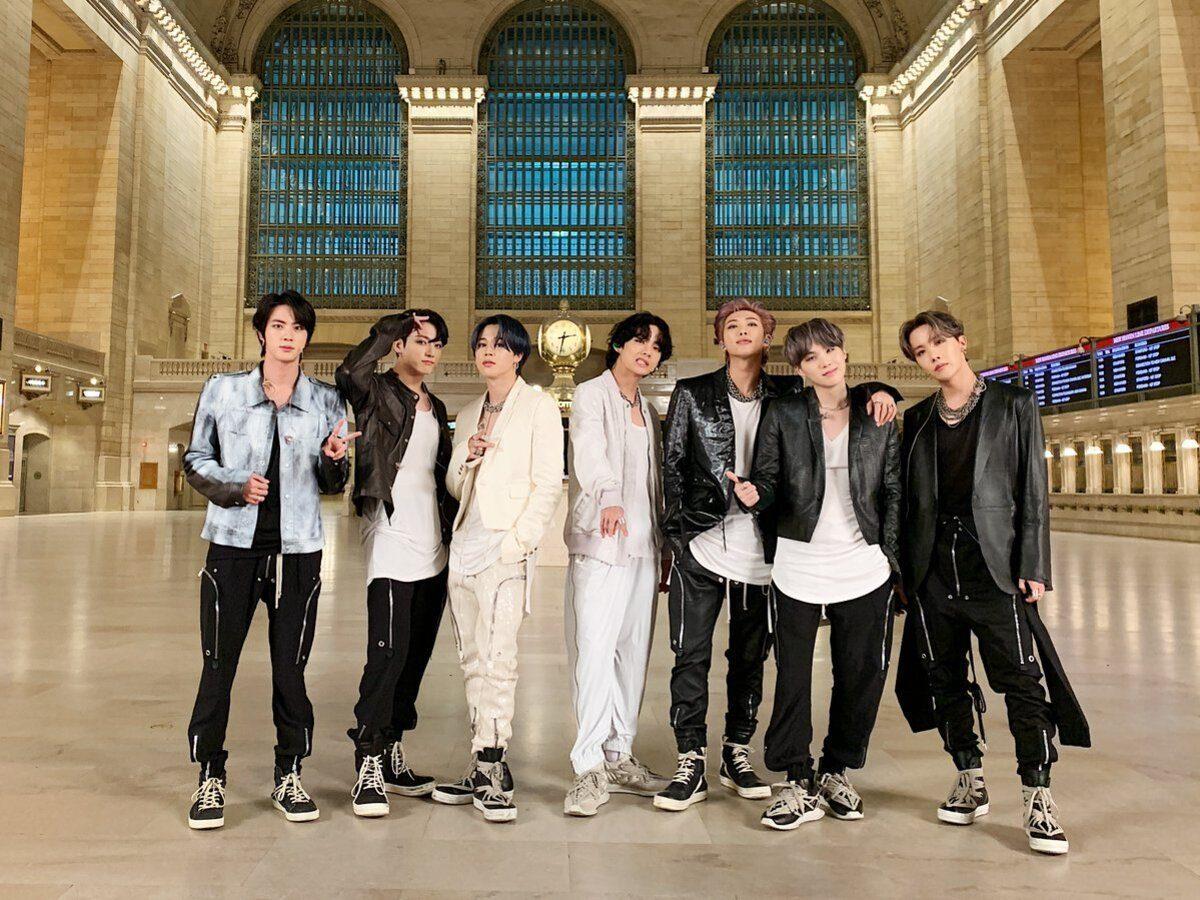 Earlier this week, not just one, but two of late night’s most popular shows featured the biggest music group in the world right now. I already gave away which group it is in the title, otherwise I would have you guess who. But it’s BTS!

Both Jimmy Fallon and James Corden had the group on their shows this week as they came to promote their new album, Map of the Soul: 7 and the shows wasted no time in promoting the new episodes.

Kicking off the week was The Tonight Show Starring Jimmy Fallon on February 24. The host took his show down to the New York subway, opening with a monologue and his well-known segment “Thank You Notes” in front of an audience on a moving subway car.

RM, Jin, Suga, J-Jope, Jimin, V and Jungkook then joined Fallon for the remainder of the show. They talked about Map of the Soul: 7 and what it means to them, answered fan questions and competed in the first-ever “Subway Olympics.”

Afterwards, Fallon took the septet over to the world-famous Katz’s Delicatessen for some true, late-night, New York grub; the group even had the chance to serve some sandwiches to hungry customers. But what followed next is anything less than legendary.

BTS took over Grand Central Station for their first public performance of their lead single, “ON.” According to Fallon, they were at the station until at least four o’clock in the morning.

BTS crammed themselves into Corden’s SUV to chat about MOTS: 7 and jammed along to hits like “Circles” and “Finesse,” as well as their own singles, “Mic Drop,” “Black Swan” and “ON.”

A twist to the segment came when BTS joined Corden at his cardio dance class, dancing to “Black Widow” by Iggy Azalea. Following their session, Jimin took the reigns to teach the class some of the choreography for “ON.”

The best part about both of their features has to be that BTS had the chance to let loose; where most interviews are serious and truly focused on the main topic, viewers of these shows, who may not know much about them, were able to get a closer look into who they are—not just as artists, but as normal human beings as well.

You can easily tell that everyone had fun at both The Tonight Show and The Late Late Show, and Fallon and Corden showed their gratitude and excitement for both of their episodes.

Did you miss the episodes? Here’s a list of all segments featuring BTS from this week:

Published in News and TV