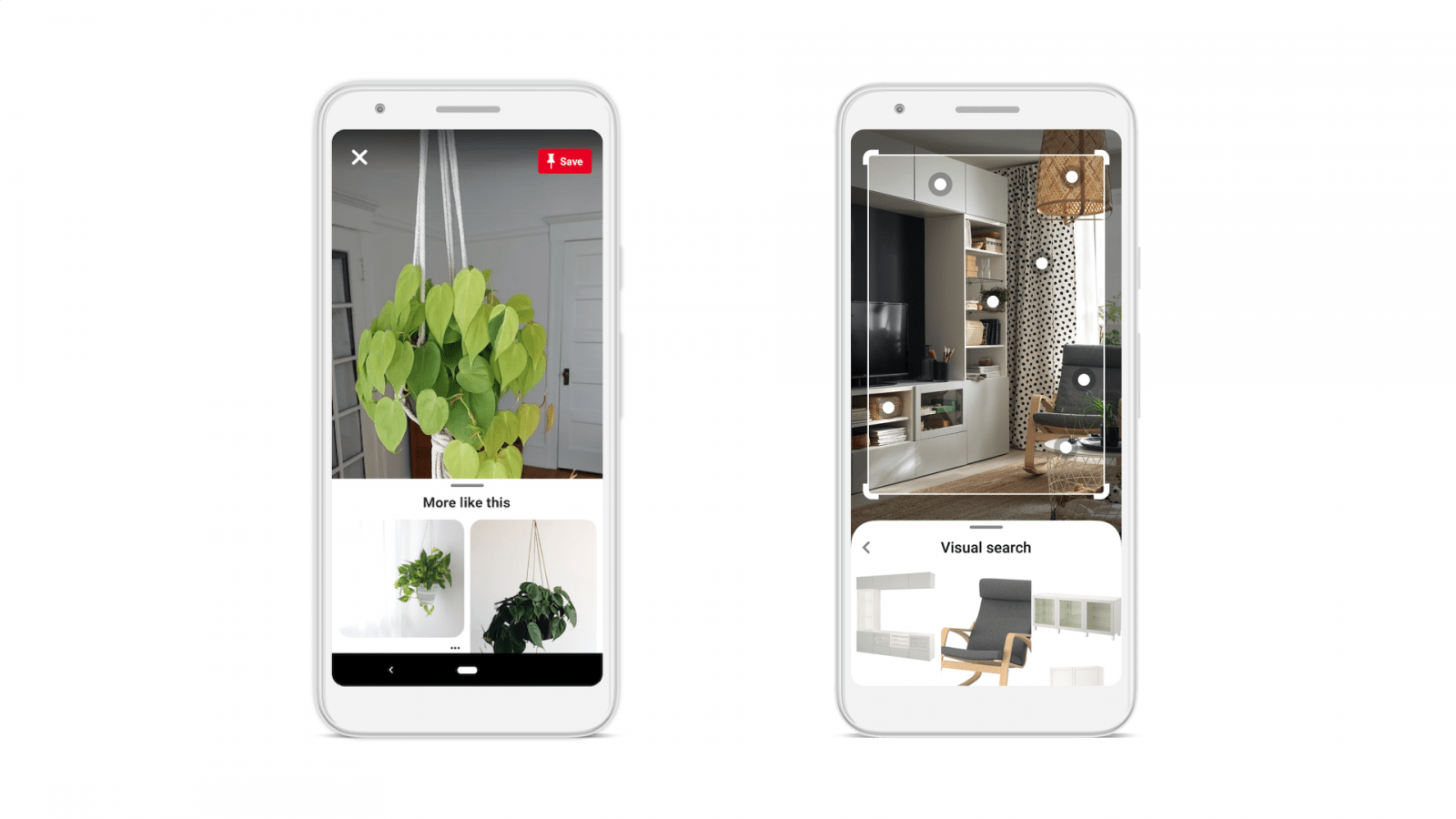 Visual information is our top pick for AR flavor that could birth killer apps. For those unfamiliar, it’s a sort of cousin of AR that taps computer vision and machine learning to identify items you point your phone at. To sidestep tech jargon, Google sometimes calls it “search what you see.”

One issue is that any new consumer behavior takes a while to acclimate. That’s especially true if it involves new physical movement, as opposed to online behaviors. In this case, we’re talking about holding up your phone to contextualize a physical-world item — not a familiar activity to most.

But despite the requisite slow pace of that cultural acclimation process, we’re still bullish on visual search’s potential. That’s because it checks the right boxes for potential killer apps including high frequency (like search) utility (as opposed to novelty) and monetization potential.

We’re starting to see early signs that validate this theory. The latest comes from Pinterest, an emerging player in visual search. It reports that 85 percent of consumers it polled put more importance on visual content than text when shopping online/mobile for clothing or furniture.

55 percent of the same pool of respondents claim that visual search is instrumental in developing their style and taste. 49 percent say they develop a better relationship with brands through visual search. And 61 percent say visual search elevates the experience of in-store shopping.

These are strong signals for not just visual search’s utility, but its monetization potential. User intent is a big factor in ad-supported media (just ask Google), and is inherent in Pinterest’s core product model. Visual search could bring that to new levels for Pinterest and Google.

As we examined recently this competition could soon heat up. Google has greater motivation, scale and a vast image databases for machine learning and object recognition. But Pinterest has a narrower shopping persona… back to the matter of user intent and alignment with monetization.

Stepping back, visual search’s overall traction in the next few years will come down to both merit and cultural acclimation. Regarding merit, the functionality is strong but not always prime-time ready. See our mixed results from testing Google Lens and Pinterest Lens… an ongoing story.

As for acclimation, that could be accelerated by Google’s deliberate moves. Google Lens is erstwhile hidden behind many screen taps, but Google is slowly bringing it out to play in well-traveled outposts. It’s doing this slowly as the functionality itself improves in the above ways.

So far that includes positioning next to the search bar in the iOS Google app… right beside the voice search icon. More notably, Google announced several steps at last year’s I/O conference that will “incubate” visual search and other forms of AR visualization in search results.

That could be a big accelerant, given Google’s operational scale. It will be a gradual process as the technology’s improvement inches forward in tandem its deployment and front & center positioning. Meanwhile, early signals point to something potentially — though slowly — big.

Related: What Will Be The Killer Apps of the Hologram?

Published in Computers, Gadgets, and Tech, Consumers and Tech