Ten grassroots campaigners have been honored at a UK-wide awards ceremony for the impact of their work. Each year, the Sheila McKechnie Foundation (SMK) celebrates the best campaigns and campaigners working in social enterprises, charities and individuals. Recovery Space took a top award for its campaigners’ work helping the tens of thousands of people who […]

Ten grassroots campaigners have been honored at a UK-wide awards ceremony for the impact of their work.

Each year, the Sheila McKechnie Foundation (SMK) celebrates the best campaigns and campaigners working in social enterprises, charities and individuals.

Recovery Space took a top award for its campaigners’ work helping the tens of thousands of people who experience a mental health crisis while also struggling with debt.

Many people experiencing a mental health crisis find seeking debt advice an impossible task and cannot manage their money. As a result, they are left at risk of financial difficulty as fees and charges mount. They may also receive calls and emails from creditors. These can cause acute distress, sometimes leaving people feeling suicidal.

This campaign set out to help by ensuring they were included in the Government’s Breathing Space debt respite scheme, which offers a six-week break from further debt fees or debt collection activity.

The Money and Mental Health Policy Institute worked with 5,000 people to tell their stories.

As a result, the Government committed to changing the scheme so that anyone using NHS mental health crisis services gets respite from escalating debts and collections activity for the duration of their care.

Care in the media

Other campaigners honored include Kenny Murray who is tackling negative media portrayals of people who have grown up in care. He wants them to be portrayed in an accurate and fair way, unlike current news and entertainment climate.

His campaign argues that portrayals of people growing up in care tend to use their experience of care as a shorthand for ‘troubled’ or ‘damaged’.

Kenny set up a club for care experienced people to review portrayals of their lives in TV shows, books, comics and
movies. He created opportunities to challenge famous authors in person, and led a media campaign to tell a new
story of care.

His work has changed the media climate. Along the way, he received the backing of leading authors such as JK Rowling, support from Hollywood actors and directors. He has also worked with the First Minister of Scotland to raise the profile of the issue.

Another Scottish campaign group was also honoured for its campaign to create LGBT-inclusive education.

TIE campaign believes that LGBT history, role models, and equalities should be taught within schools in order to tackle prejudice and bullying. They deliver services to achieve this and have reached over 25,000 young people with their work.

In 2017, the Scottish Parliament endorsed TIE campaigners’ proposals for LGBT issues to be taught in schools, and the Scottish Government began to work with the charity to develop policy recommendations. 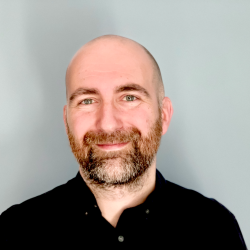