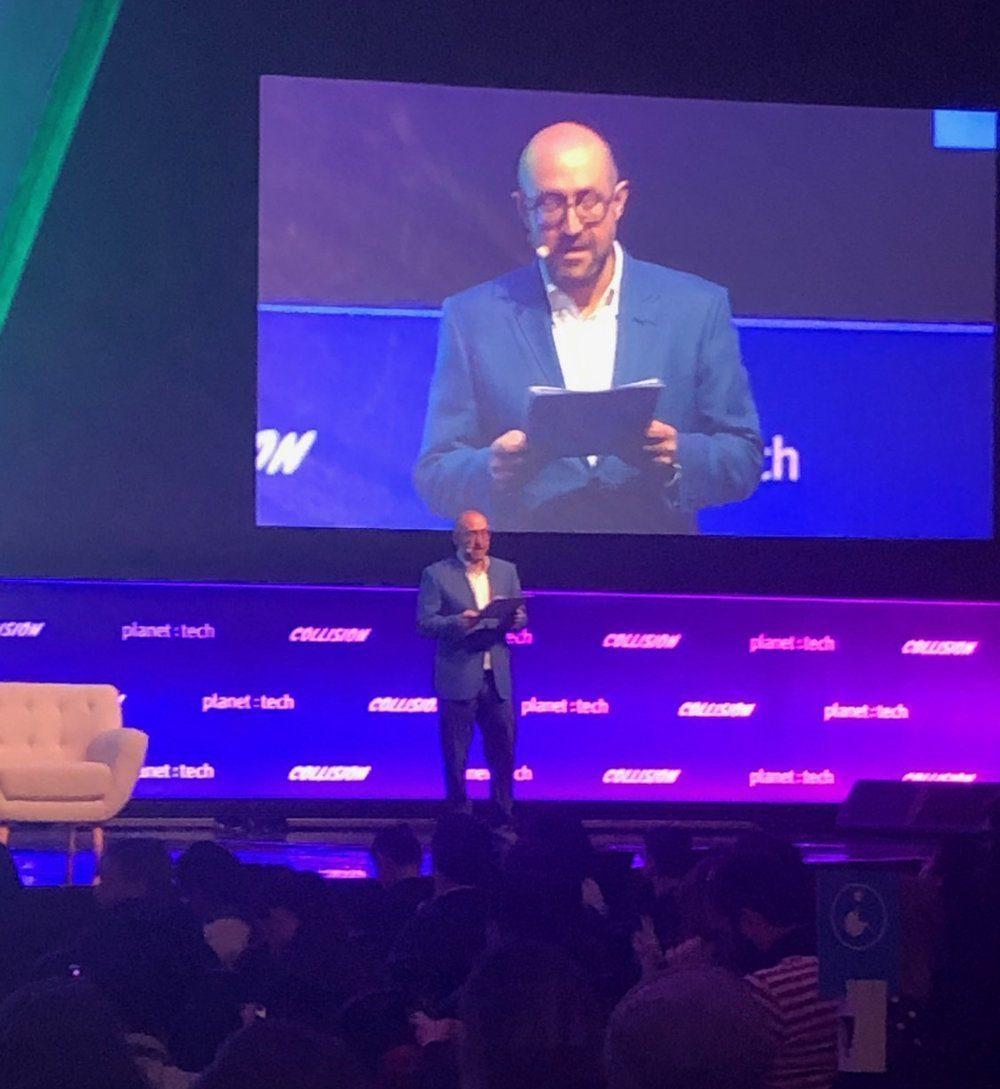 I recently got the chance to speak at the Collision Conference (now in Toronto), which is frequently cited as the fastest-growing tech conference in North America, if not the world. I also got the chance to introduce Canadian Minister of Environment & Climate Change Catherine McKenna — which given all the recent environmental developments — was especially gratifying.

While the city of Toronto has rightly been amped up over its basketball team’s historical postseason run, nearly 4,000 CEOs and hundreds of journalists were on hand to talk about emerging-tech innovations. Canada has been establishing itself as a global leader in innovation and the Collision Conference does a nice job of bringing everyone and seemingly everything together.

Highlighting just how big the conference has become,  Prime Minister Justin Trudeau was on hand to talk about how important tech is for Canada. Trudeau’s comments were especially interesting because he highlighted an important point that tech leaders acknowledge but sometimes people outside the industry fail to understand: access to talent is one of the most important factors in driving and sustaining innovation.

I might be a bit biased but perhaps my favorite talk, however, was my own: A panel with Donna Murdoch (Columbia University), Eric Schurenberg (Mansueto Ventures), and Martijn Roordink (Spaces). Together, we delved into mental health, which quite frankly is often swept under the rug in the tech sector.

For a long time now, working heavy hours has been almost a “bragging right” not only in the tech sector, but in many other competitive sectors. This culture, in my opinion, is flawed. We shouldn’t try to grind our employees into dust.

There’s often pressure for developers to work around the clock. There are times when the all-nighter is unavoidable but that should be the exception not the rule. Over the last few years, I’ve started to see an increase in emphasis on mental health. And to be able to raise that issue with the audience at the Collision Conference was a special pleasure.

Circling back to Catherine McKenna’s talk, I also got more insights into Canada’s push to become a leader in cleantech. The Canadian government has been sounding the alarm over coastal flooding, melting polar ice, and our all but dying oceans. And if we’re going to reverse or at least halt the damage, the tech industry is going to have to be involved in a big way.

I saw a lot of leading women executives at the Collision Conference. And just as importantly, I saw a lot of women in the crowds and got to chat with countless intelligence, driven women. Each year, my company publishes the annual Rosenzweig Report, which highlights gender diversity at the highest levels of management in Canada.

But here’s a fact: a lot of tech conferences are male dominated. And now for the pleasant surprise, the gender split felt about even at the Collision Conference. In fact, its website states that a bit over 45 percent of the crowd was women.

It was also fun to spend some time with Akon, who was in attendance as well, as were various other celebrities and luminaries. I was almost surprised by the star power at the conference given how Toronto has been all but consumed by basketball in recent weeks. Still, the Collision Conference is an event no one should pass up.

Another highlight of the conference was Grit Daily’s Speaker Dinner, which I co-hosted with the Grit Daily team and FullCycle Fund. The intimacy of that evening, having a chance to really get to know amazing leaders in various sectors from around the world was a treat. I am in touch with a number of individuals from that night, and we are already working on business opportunities.

Want to know the details? Make sure you head to the next Grit Daily event.

Jay Rosenzweig is a Columnist at Grit Daily. Rosenzweig, the founder of Rosenzweig & Company, is an expert in designing, building and attracting world class teams; emerging tech advisory; and a long-standing advocate for human rights.