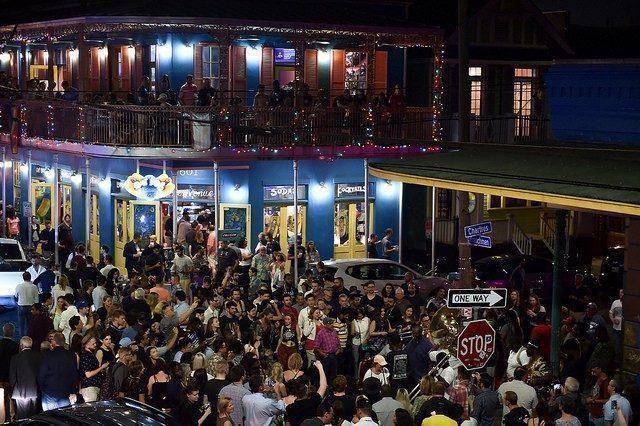 Already looking forward to the next Web Summit?

If you can’t hold out until next November in Lisbon, don’t forget about Collision, its North American counterpart with a new home in Toronto in 2019.

Collision announced that it will hold a night summit in Toronto for a networking event. The four-night event will consist of speakers, investors, and startups all looking to gain more connections in their respective fields.

Founded in 2014, Collision has become the fastest growing tech conference in North America. The company has grown to over 25,000 attendees in a span of five years. They now host the event in Toronto after having it in New Orleans for the past three years.

Toronto is a symbol of perennial progress. It is made up of dozens of distinctive areas fit to hold business functions.  Collision looks to introduce their partners to what the city has to offer with their favorite spots in the area.

Host cities made a huge impact on Collision’s conferences in the past which is why they went for something a little farther for this year. The diverse population and Toronto’s busy start up scene were huge factors in the company’s decision to hold the event there.

The Toronto Night Summit promises to be an ultimate place to network where connections will be created over the best areas Toronto has to offer. Four neighborhoods will host the festivities. One neighborhood will host a networking event each night.

Collision’s team of organizers  spent months scouting the best nightlife spots in Toronto in order for all attendees to enjoy drinks and nightlife in the best bars around the city.

The goal of this event is to have fun while doing business which is why Collision says it doesn’t end with the final talk of the day. Each of the four nights will feature attendees taking over the streets of Toronto starting 8pm.

Collision focuses on creating connections while wandering on the streets of Toronto.

Where there is “Collision”

Collision combines intimate networking events and street parties for four nights. Each night has something in store for attendees.

Take a look at what is in store during this night summit:

Collision opens its first day with a meet and greet. Toronto’s fashion district hosts opening night as events will take place in King Street West and Brant Street. The fashion district older than Toronto itself as it has been there since it was named York.

King Street West and Brant Street is close to the harbour area which is why it is the centr of Toronto’s garment industry. Some of the area’s multi-storey buildings have been renovated into restaurants, clubs, bars, tech offices, and artists’ galleries.

Meet and greet night will start 8pm at The Citizen before heading to Early Mercy and Spice Route as the night goes on.

The second day takes it from the fashion district straight to Toronto’s Distillery District. The area has maintained its Victorian-era architecture which perfectly blends with the cafes, restaurants, and shops around the area.

The place still has cobblestone streets and no cars around the area.  It is the distillery district but it has soon become a pedestrian-oriented area filled with establishments perfect for social events.

The first day was filled with talks and seminars but the second day promises more business. Attendees are now acquainted which is why this is the best time to close more deals as you travel around this Instagram-friendly place.

Kensington Market is one of the well known markets in the area. It is located in one of Toronto’s older neighborhoods. Finding shops is like running a maze because of its narrow streets. The market has a lot of history behind it as well as Jewish immigrants used to set up stands in front of their homes to sell goods in the 1920s.

Wednesday is going to be a fun night at the Kensington Market as Collide hosts its Night Summit street party there. The place will be filled with live music and plenty of dancing.

Party starts at 8pm but Collide suggests you come early so you can scout ahead and take a look around the shops and boutiques.

The last day of the Collision night summit will be held at Liberty Village. Toronto’s warehouse district is originally home to heavy industry and correctional facilities in the past. The area has soon transformed into a commercial district filled with offices and lofts while maintaining its red brick, steel and glass structures.

The streets are filled with art galleries, gyms, cafes, and yoga studios which cater to young professionals. Liberty Village has also become a mecca for aspiring artists and designers, and writers looking to make it big someday.

Jaime Luis Aldecoa
Jaime Aldecoa is a staff writer at Grit Daily. He is an avid traveler, YouTube vlogger, and podcast host. He holds a degree in Mass Communication.