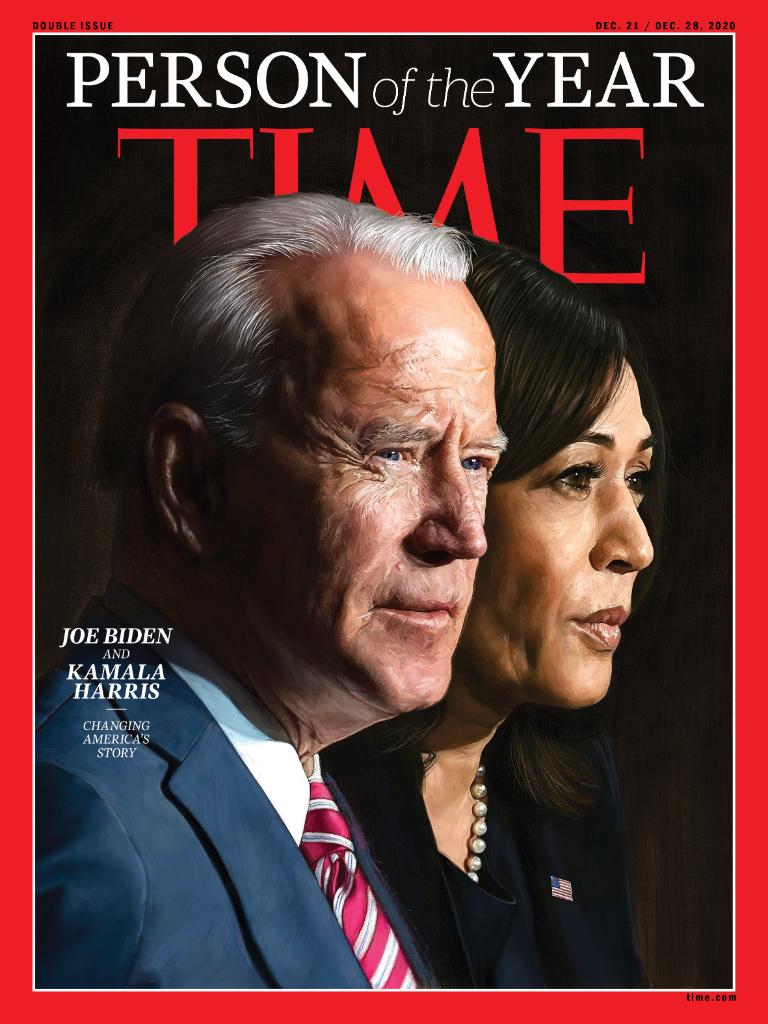 Time Magazine’s Person of the Year is an annual award that indicates someone that has made significant changes to the world’s landscape in that given year. It’s a prestigious marker, whether good or bad.

This year, the magazine’s editorial board, in combination with a reader’s poll, chose
Joe Biden and Kamala Harris.

Biden and Harris ran a history-making campaign, winning the presidency with more votes than ever received before. Harris will become the first female, first Black woman, and first woman of South Asian descent to ever serve as Vice President. It is also an unofficial tradition to choose the President-elect for the magazine’s most famous cover in election years.

According to a tweet from the magazine, “The Biden-Harris ticket represents something historic. Person of the Year is not just about the year that was, but about where we’re headed”. The award was announced by Bruce Springsteen in a special event aired on NBC.

Earlier on Thursday, Time announced the four finalists for their main yearly honor. The four finalists were Joe Biden, Donald Trump, Frontline Health Care Workers and Dr. Anthony Fauci, and the Movement for Racial Justice. A reader’s poll conducted earlier in the week chose “Essential Workers” as 2020’s winner. Ultimately, the incredible nature of Biden and Harris’ win, and their ability to shape the nation for the next four years, won out.

Some expressed anger on social media that outgoing President Trump was even considered for the title. He won in 2016, the year he won the Presidential election. In 2016, the choice similarly received significant backlash.

In addition to their main honor, Time magazine named racial justice organizers and the fight for racial justice as Guardians of the Year. This is a nod to the incredible civil rights movement that gained significant traction in 2020. The magazine also named Dr. Anthony Fauci and frontline workers to share the title. In a year defined by a devastating global pandemic, it’s an acknowledgment to those who helped us survive.

The magazine also dubbed BTS as Entertainer of the Year, LeBron James as Athlete of the Year, and Zoom CEO Eric Yuan as Businessperson of the Year.

In 2019, the magazine’s notorious honor went to teenage climate activist Greta Thunberg. She made a significant splash on the world’s stage with her tireless fight against climate change.