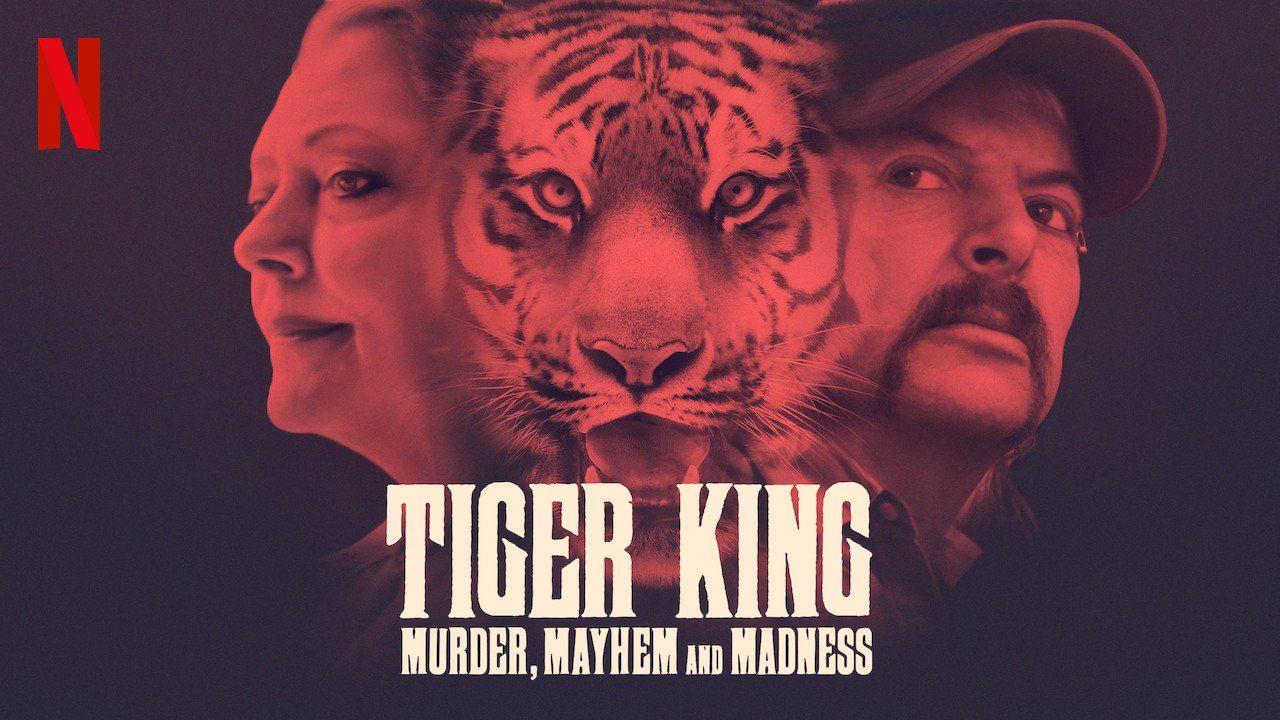 Can We Stop Laughing About ‘Tiger King’ for a Minute, Please?

The cultural reaction to Netflix’s Tiger King: Murder, Mayhem and Madness has been awfully distasteful. Of course, the hit show isn’t without its entertainment value, laughs, and Coen Brothers-esque characters, but the show isn’t a barrel of laughs as a whole. And yet, people are treating it as such. Cardi B joked about freeing Joe Exotic, Trump talked about pardoning him (as if he isn’t a threat to society), actors were rallying to play the tiger king, and the memes can’t stop, won’t stop. It is gross.

Is it All Really That Hilarious?

While the Internet is laughing about Joe Exotic’s abusive and toxic behavior, Travis Maldonado is dead in his grave as his mother and family grieves. Maldonado was a young man who everybody’s favorite tiger owner, Joe Exotic, fed drugs, kept in a bubble of toxicity, and used.

Travis’ death raises questions filmmakers Eric Goode and Rebecca Chaikli gloss over and don’t give much thought. It’s distressing how quickly and borderline flippantly they treat the end of his life. One episode is not enough time. It’s a momentous event that doesn’t nearly garner as much attention as Joe’s comical antics and theories. After the episode depicting Travis’ death, Tiger King displays amnesia and barely touches it.

The Blood on Joe Exotic’s Hands

It’s particularly troubling because of how the filmmakers treat Carole Baskin. Yes, there are red flags and questions involving the death of her ex-husband, but for large stretches of the show, Goode and Chaikli give Joe Exotic a platform to millions of people to call Carole Baskin a murderer. Over and over again.

The series spends a suspicious amount of time treating Carole as a murder suspect. However, when Joe’s young husband passes away, little time is spent examining the blood on Exotic’s hands. The filmmakers don’t question Joe’s responsibility in the death of Travis nearly enough. It’s borderline shameful.

Some critics have called out Tiger King for misogyny. Obviously, Joe Exotic is a misogynist (plus a racist), but depiction is not an endorsement. However, it’s not wrong to say a show that spends significantly more time suggesting Carole killed her ex-husband than focusing on the death of a young man in Joe’s world is inherently misogynistic.

Filmmaker Rebecca Chaikli strongly disagrees. She thinks it’s “categorically untrue,” although it’s categorically subjective. She defended her depiction of Carole to The Hollywood Reporter and blamed it on public opinion, which the show has greatly influenced:

It’s categorically untrue. I’m a feminist. I would never do that to a woman. I think what we did was we allowed people to speak for themselves and unfortunately the court of public opinion is not always kind. It’s not something we anticipated. Joe is super likable and charismatic and people have gravitated to him even though he did some really horrible things. And people have come down so hard on Carole. I’m not saying by any means she’s perfect, but she’s certainly doing much better by the cats, at least in her social messaging, than Joe. It’s unfortunate, but I don’t think that’s true.

Content and intent are often very, very different. Obviously, it wasn’t an intention on Chaikli’s part, but at the end of the day, her and her co-director’s execution of the story is misogynistic. The filmmakers are more interested in unproven allegations and theories than an actual fact: Joe was an awful influence on a young man who died. How the directing duo doesn’t see the imbalance is mind-boggling.

Even in Chaikli’s defense to The Hollywood Reporter, the imbalance is right there. She calls Joe “super likable” and “charismatic.” Really? Sure, he’s an entertaining character at times, but is a guy who feeds drugs to desperate young men, abuses his employees, and destroys the lives of beautiful tigers “super likable”? In the eyes of the filmmakers and Netflix’s millions of viewers, apparently, yes he is. The show has ultimately revealed more about Netflix’s viewers than its actual subjects.

Respect the Memory of Travis Maldonado

Admittedly, Carole Baskin doesn’t have the greatest one-liners or the TV personality of Joe Exotic. It’s a small part of why the public clearly has more empathy for Joe than Carol. Joe tried to have her killed, and yet, she’s the villain in the public eye? Carole is flawed, oblivious, sometimes as wrong as Joe, and her ex-husband’s death is suspicious. But at least Carole didn’t feed a young man bad ideas, drugs, and arguably played a role in his death.

The next time anyone wants to joke about Tiger King or talk about how hilarious or empathetic Joe Exotic is, remember Travis Maldonado. Travis was a person, not a footnote in Joe Exotic’s story. Please, treat his short-lived, tragic life more respectfully than Netflix and the filmmakers behind Tiger King did.