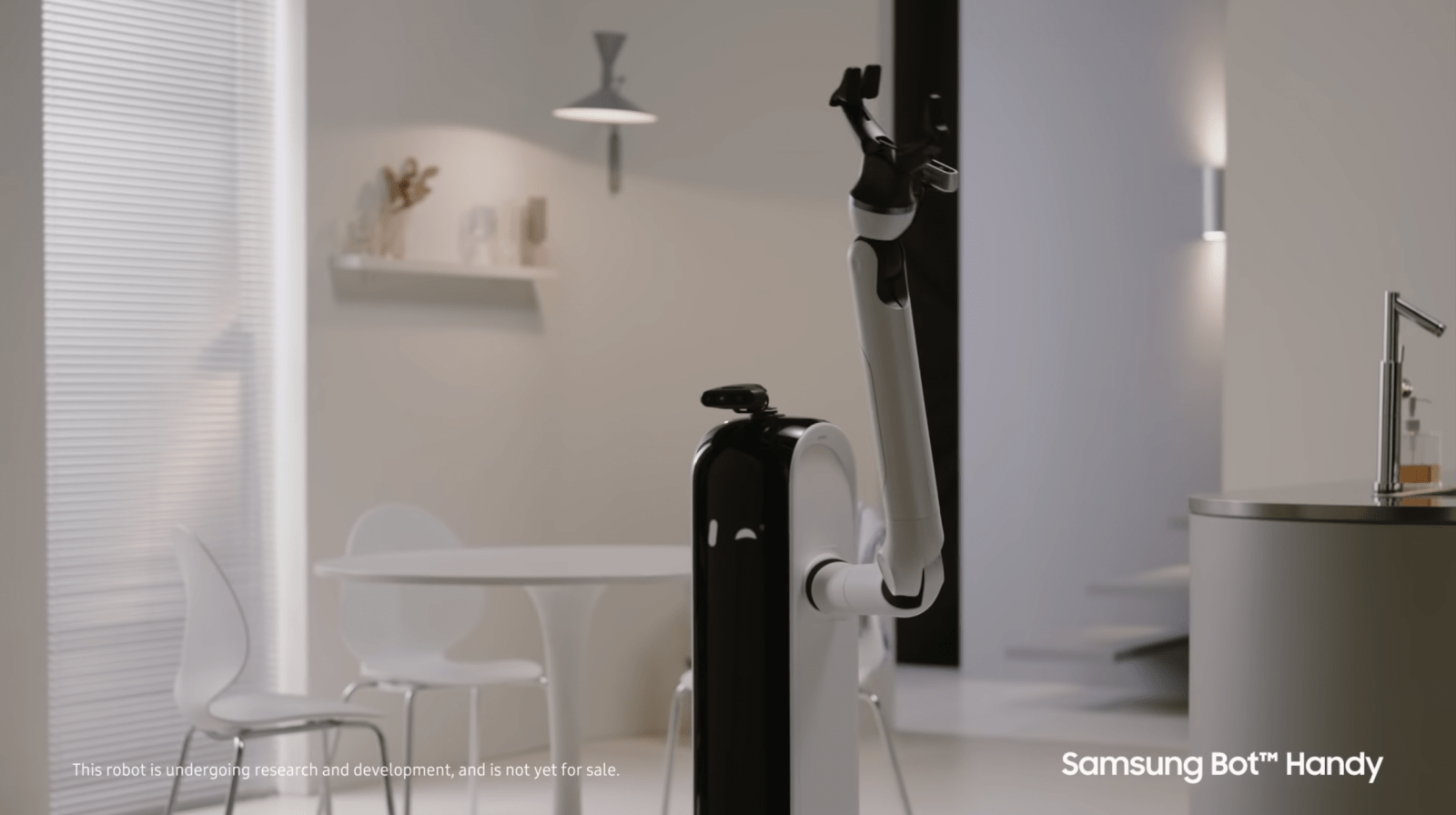 The Samsung Bot Handy Will Usher In the Future

During CES 2021, the company released a preview of the thin, black and white robot and its capabilities. The Samsung Bot Handy will serve as a means to have help around the house. It has the ability to pick up laundry, clean rooms, load your dishwasher and set the table for dinner; it can even pour you a glass of wine or bring you a drink after a long day.

How will it be able to do all of that, though? By using built-in cameras on its head and arm, as well as AI technology, the Samsung Bot Handy will be able to recognize specific objects by size, shape and weight.

Samsung claims that it is able to detect an object’s material composition and determine how much force it needs to move it. The Bot Handy’s arm also extends out, giving it the capability to complete its tasks and reach higher places around the house.

Sebastian Seung, president of Samsung Research, calls the Bot Handy “an extension of you in the kitchen, living room and anywhere else you may need an extra hand in your home.”

The Samsung Bot Handy wasn’t the only surprise that Samsung had in store at CES 2021. The company revealed two additional, upcoming products that they are testing out that also consist of AI and robotics technology.

Originally showed off in 2019, the Samsung Bot Care was introduced as a robotic, personal companion or assistant. Since then, Samsung took the robot and revamped it a bit. By using AI, it can recognize your behavior and respond to it accordingly. The Bot Carte can also remind you to take breaks from work if need be and helps remind you about upcoming meetings and schedules.

Along with the Bot Handy and Bot Care is the JetBot90 AI+, a vacuum cleaner that uses AI and object recognition technology to find the best path to clean in. The vacuum also has LiDAR 3D sensor to help it avoid cables, cords and other small objects, while still being able to reach areas that may be hard to clean; it also includes a built-in camera, so you could check in on your home and pets when away.

While both the Bot Handy and Bot Care do not have an official release date—since they are both still undergoing testing—Samsung says that the JetBot 90 AI+ is set to be released during the first half of 2021.