The importance of Latinx participation in the AI community and for the people of Latin America can not be underscored I recently hosted a panel discussion with Laura Montoya and Benito Berretta during the AI Show Biz Summit to discuss this topic. Laura, who has roots in Colombia, is CEO of Accel.ai. Benito is the […]

I recently hosted a panel discussion with Laura Montoya and Benito Berretta during the AI Show Biz Summit to discuss this topic. Laura, who has roots in Colombia, is CEO of Accel.ai. Benito is the GM for Hyper Island and based out of Brasil.

Laura and Benito provided contrasting examples for why it is important to bring in diversity into AI, particularly from the perspective of the Latinx community.

Why Diversity in AI Matters

If AI is science-based, why does diversity matter? Laura points out that there is in fact a problem “with diversity in technology, the STEM industry, and the problem is an underrepresentation of women, people of color, and the LGBTQ community.” The goal of Laura’s organization, Accel.AI is to make the Latinx community more visible across the AI ecosystem and at industry conferences.

Benito defines diversity in two dimensions, ethical and one with return in investment. He argues that we need to embrace diversity in both to make a better world for all. The first step to this is for homogeneous groups to first come to an awareness that those gaps exist and then they can start their journey to find more diversity.

AI can be a tool to be a facilitator for this, especially in identifying who isn’t being included in collaborative work. AI can monitor dialogue in real-time, model who is getting the most air time, and act as a facilitator to ensure that there is space for other voices to participate.

To improve diversity of thought in work settings, AI can play a role in making space for diverse voices, understanding who it is that gets to put content out in the world, and ultimately shining a light on the content that is missing.

There are universities and institutions throughout Latin America that have been leading work in machine learning, but in contrast to high profile US universities such as Stanford, are not associated with the AI industry and are often left without recognition.

Barriers to digitalization in Latin America include funding, changing institutional practices, and working with old languages or systems. Benito remarked, “ If you want to have an understanding, for example of the Amazon, then you need to go there and not lean on a statistical average”. We need to be cautious in trusting data. In the Latin American context, generating data, as Laura outlined, may also include “the risk of disrupting indigenous societies and structures”.

The term Latinx is full of rich history in both South and Central America. Latinx people share similarities but are also from different countries, races, and indigenous histories. Regardless of how one may want to slice it, AI with the Latinx diversity is rich.

The Future of AI with Latinx

There were two main themes behind what the future holds for Latinx AI communities, predictive and behavioral change.

Media and AI is a representation of the community. There are social inequalities in how the media represents Latinx even within Latin America, often Afro-Latinx and Indigenous-Latinx characters are represented in jobs as a janitor or service industry. Having algorithms for facial recognition that pick up on some qualities and not others “can cause damage in the future” stated Laura.

On the other hand, Benito brought up the perspective of changing behavior for Latinx. “Modeling efficiencies such as when you have the most productive time using AI can help people change behaviors”, and while we share many similarities, the mates, coca teas, or cocoa consumption throughout the Latinx world vary.

Beyond fair representation, there is a business case for having Latinx at the decision tables of the AI industry. Latinx in AI is important for Latin America because we have our own knowledge bases, scientific practices, and languages, that only we can translate into automation that works for our communities.

The exchange of ideas is pivotal for innovation, and it is special occasions like this session that allow for the Latinx community to share perspectives and collaborate. The Harvard Business Review recently found that diverse teams are able to solve problems faster than teams of cognitively similar people and that when diverse teams made a business decision, they outperformed individual decision-makers up to 87% of the time.

It is always a pleasure to faciliate these fascinating conversations, thank you to AI Show Biz for having me on as a host. The entire conversation can be found here.

Accel.ai is Bay Area based non-profit in the mission to lower the barriers to entry in engineering artificial intelligence. They focus on integrating AI and Social Impact through consulting, workshops, and research on ethical AI development and applied AI engineering.

Hyper Island designs learning experiences that challenge companies and individuals to grow and stay competitive in an increasingly digitized world. They have over 5000 alumni, online programming, and locations around the globe. 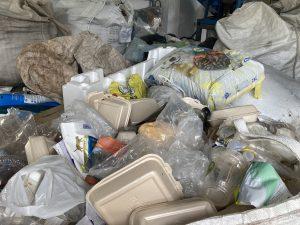 Waste to Energy: A New Way to Think About Plastic Waste 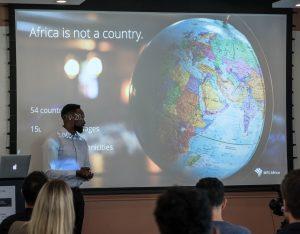 Is Venture Capital the Right Model for Investing in Africa? 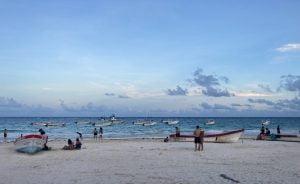 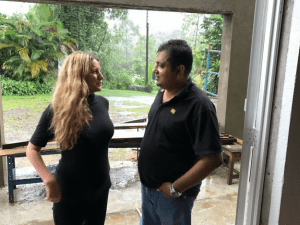 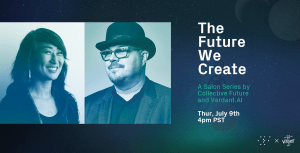