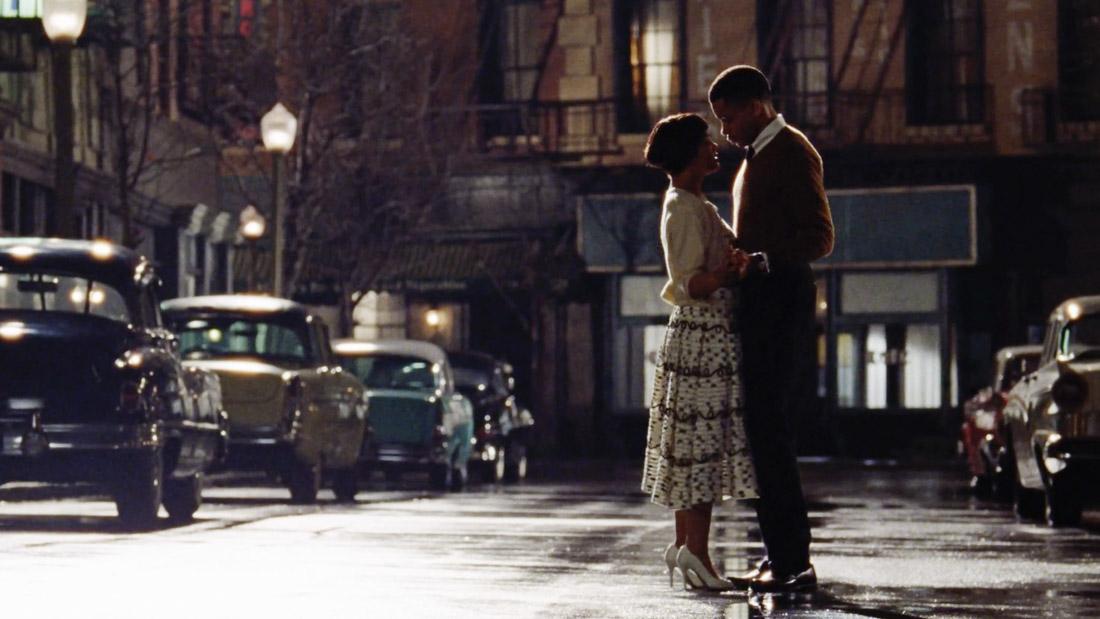 The Christmas season movie circuit is regularly filled with some of the most magical film releases of the year. 2019 saw the release of Greta Gerwig’s Little Women, for example, which was essentially the most romantic film to ever hit the white women romantic canon. In 2020, though, Eugene Ashe’s 1960’s jazz romance Sylvie’s Love will swoop you off of your feet this holiday season. I first saw the film at Sundance 2020, and since then have been waiting patiently for it to be released to the public so that it can trend on Twitter, where it rightfully belongs.

Sylvie’s Love stars Tessa Thompson as Sylvie, a young woman that works in her father’s record store and dreams of one day working in the television industry. One day Sylvie meets Robert (Nnamdi Asomugha), a saxophonist that took up a part time job in the record store as well. The two fall in love until their paths take them in different directions as Robert goes to Paris on tour with his band and Sylvie takes a job at a local television station. Later, when Sylvie is working as a television producer, she and Robert cross paths once again when he comes back to New York to record an album. Different now, Sylvie is faced with the decision to continue on her path or follow Robert, who she fell in love with in her youth.

The film is filled with beautifully crafted sets that take the viewer through sepia-toned summers tanning atop New York City rooftops and into the glitz and glamour of a mid-century New Years Eve party. The 1960’s period piece is pure magic from start to finish, and Thompson’s and Asomugha’s onscreen chemistry creates a memorable watching experience that will be an instant classic, appreciated for generations to come.

Where much of Hollywood is dominated by Black tragedy and trauma such as slave narratives or stories from a Jim Crow-era South, Sylvie’s Love provides a beautiful narrative of Black love that feels authentic to its time period without being weighed down by historical context. Thompson, who told ABC that the film reminds her of The Notebook, liked that the film showed tender moments of joy and celebration in the same way that stories of white couples have done for decades.

Sylvie’s Love diversifies Hollywood in a way that moviegoers have been asking for decades now but haven’t necessarily gotten much of, and its exactly the heartwarming romance film that we needed in 2020. Sylvie’s Love will premiere on Prime Video on December 25th, but you can check out the trailer below.