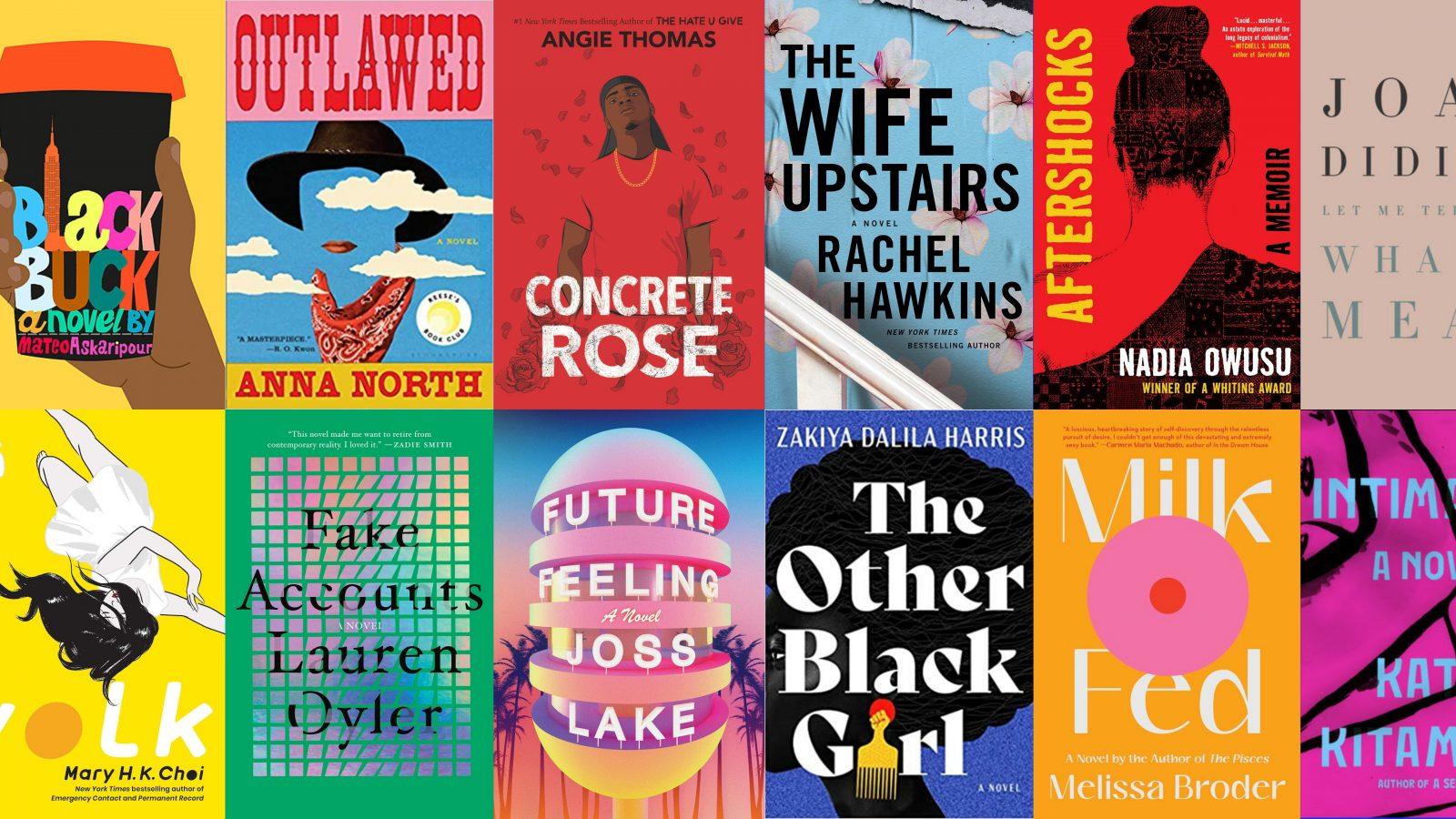 If you’re like me and nearly everyone I know, you probably started reading a lot more in 2020 once you found yourself at home for most of the year (unless you went to Tulum for Christmas, in which case I’m not sure what reality you’re living in). I’m not likely to let go of my new hobby in 2021—especially since the vaccine rollout isn’t going as quickly as originally anticipated—so here is a running list of the best books of 2021. We’ll update this list as new titles are announced or released.

This satirical take on the American Dream takes you inside the startup world to follow the story of a young Black man named Darren that begins working for a new company that suddenly takes him out of the ground-floor Starbucks and up to the 36th floor of a shiny midtown office building in Manhattan. Darren is soon sucked into the addictive world of success in the startup industry, but at what cost? Anyone that has ever worked in the startup world will likely find this one to be a poignant, thrilling take on work culture in the United States in 2021. The cover art for this one is eye-catching, which—let’s be honest—is one of the biggest factors in whether or not I pick up a new title. Early reviews of the book have seen rave response, and the book represents Askaripour’s debut novel, released by Houghton Mifflon Harcourt. Black Buck is out now. For fans of Sorry To Bother You, Luster by Raven Leilani.

A teenage girl named Ada discovers that she cannot bear children to her husband in the late 1800’s. When her town tries to brand her as a witch—or the victim of a curse—she decides to runaway with a band of queer outlaws called the Hole In The Wall Gang. It’s a feminist take on old Wild West tales, and has an incredible cover on top of all of that. The book touches on themes of femininity, womanhood, and the promise of the New Frontier as Ada navigates a world full of new opportunity—as long as she demands it. Oh, and there’s also a pandemic going on during the time that the book takes place. Outlawed is already getting rave reviews, and is featured in several book clubs during the month of its release. This one will please fans of Westworld and feels like that scene from Holes where Kissin’ Kate Barlow becomes a renegade criminal in the Wild West. The book is available now.

Angie Thomas returns with Concrete Rose to explore the nuances of Black childhood and early adulthood through the eyes of a Black man in Garden Heights, the fictional neighborhood from The Hate U Give. The novel centers around Maverick Carter, a young man that faces the realities of having to care for his mom while his dad is in prison by working several jobs at a young age. The book is already receiving rave reviews on book websites and is available now. For fans of The Hate U Give.

The Wife Upstairs by Rachel Hawkins

Based on Jane Eyre, The Wife Upstairs offers a fresh take on the feminist story that is already getting rave reviews within days of being published. The story follows Jane, a dog walker new to the Birmingham area that finds herself able to get away with a lot by working in a neighborhood full of wealthy men and women.

The Other Black Girl by Zakia Dalila Harris

As one of the most timely books to come out in 2021, Fake Accounts follows the story of a woman that snoops through her boyfriends phone on the night before Donald Trump’s Inauguration. What she discovers—that he’s a popular but anonymous conspiracy theorist spreading misinformation online—shocks her in ways she didn’t expect. We’re going to go ahead and assume this one will be very, very popular.

Mary H.K. Choi’s last release, Permanent Record, was one of my favorite reads in 2020, so finding out that her next release is just around the corner got me excited. Her books are filled with clever and relevant jokes about popular culture, and paint a diverse and colorful picture of life in New York City. Yolk is slated for release in March 2021.

Aftershocks is a combination between a memoir and a cultural history, and tells the story of Owusu’s experience as a young girl living in Italy on the day she found out about an earthquake in Armenia, where she and her family had sought refuge from. On that same day, Owusu’s mother also appears, wanting to take Nadia out for a day of fun before disappearing again. Owusu’s powerful memoir has been described as lyrical, and is out now.

Joss Lake is a trans writer, and Future Feeling is a fun novel about a dog walker who is obsessed with a social media star living in Bushwick. The story is vivid and imaginative, and is slated for release in June 2021.

Broder’s So Sad Today, a collection of essays about femininity and mental health, was one of my favorite reads in the last couple of years. Her next book, Milk Fed, is already getting a lot of positive press and will likely make waves in the literary community. I have not personally read any of her novels, so I’m excited to see how Broder fares with fiction. Milk Fed will be released in February 2021.

Let Me Tell You What I Mean by Joan Didion

As one of the greatest American essayists in modern history, Joan Didion’s work is always a treat. The new collection of essays are being published in 2021, and include works from early in her career that have never been seen before. Let Me Tell You What I Mean will be released on January 26th, 2021.

Published in Affiliate Marketing and News