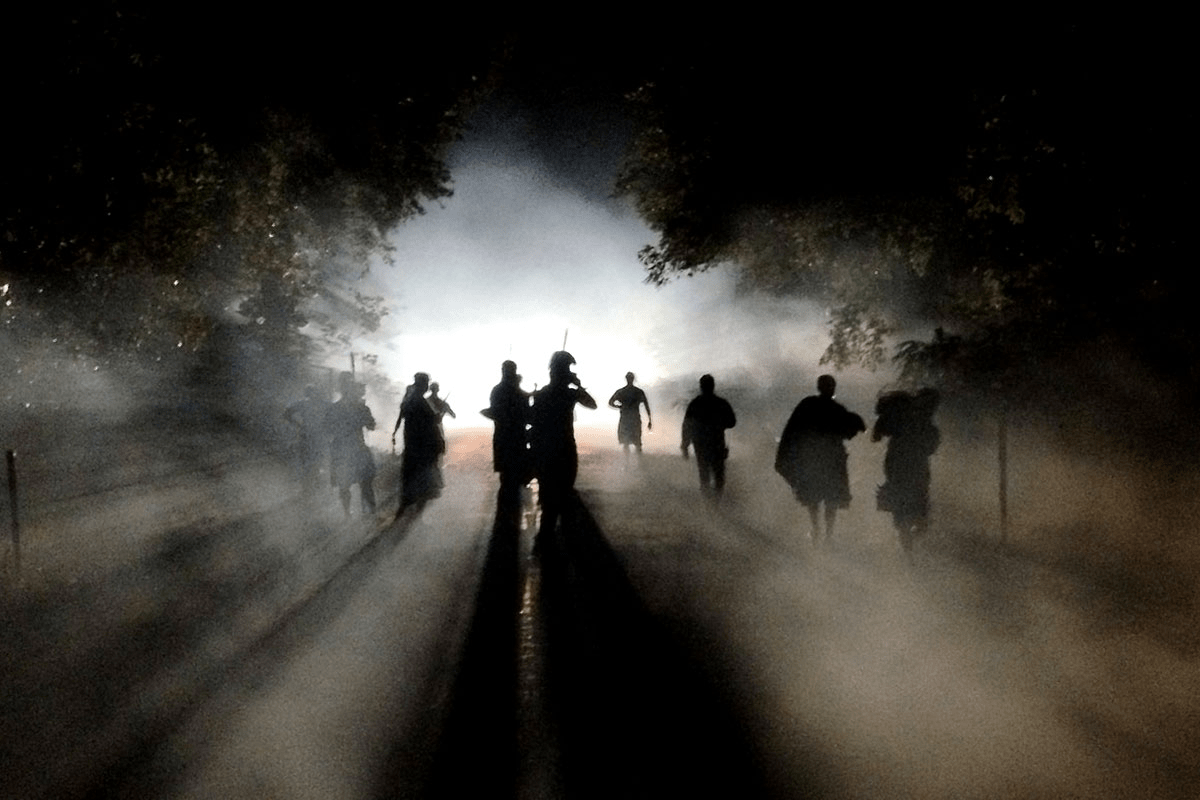 Some things are just guaranteed to set me off. Denying facts, poor quality chocolate, and unsubstantiated myths top the list, although not necessarily in that order. I’ve had my fair share of exposure to all three recently, and although I want to get to the strange myths about digital transformation, I need to begin with what started off this recent spate of personal triggers. I was sharing my personal history with a new business acquaintance, elaborating on my experiences of having lived across a few countries, when they unknowingly chose to repeat a myth about one of those countries.

Heck, no! By the time I had finished expounding on the fact that this was simply not true, and that it had never been illegal to chew gum, and that it was merely illegal to distribute gum in Singapore, and that this restriction had been imposed in the ‘80s as a reaction to address the chronic problem at the time of chewing gum interfering in the closing of train doors in the brand new subway system, and even then there were exceptions for medical or therapeutic purposes… well, all I can assume is that the person was chastened enough to be a very short-term acquaintance.

How realities get distorted into strange myths

All right, I realize that I may have overreacted a bit. The Singapore myth is understandable because sometimes, precise facts are simply less attractive than lazier simplifications. Arresting people for chewing gum is more sensational than restricting the sale of the stuff. There are other similar parallel examples. The Star Wars movie line “Luke, I am your father” was never spoken, but it sounds much cooler than the actual line “No, I am your father”. “Play it again, Sam” (Casablanca) sounds much better than the actual line “Play it once, Sam, for old times’ sake, play As Time Goes”. And, “…you’ve got to ask yourself one question: ‘Do I feel lucky?’” (Dirty Harry) is not even in the same universe as the fake line “Do you feel lucky, punk?”. All this is indeed understandable (but still annoying in my book).

And then, this gets more irritating, because the reverse of this phenomenon also occurs i.e. Truths that are simply too strange to sound accurate. For instance, there are actual laws, rules, and regulations that exist, but are just too weird to be believed.

How facts, rules, and regulations can age poorly

I recall scratching my head about a few weird laws in Boston while living there in 2005. For example, there’s a law that states that duels can be carried out on Sundays as long as the Governor is present. Yes, really!

And oh, by the way, if you ended up losing the duel, and being featured as the guest of honor at your funeral, you could Rest In Peace, safe in the knowledge that there’s another strange law which states that mourners may not eat more than three sandwiches at a wake. Alternatively, if you were the sweaty victor in that duel, and felt like bathing afterward, you’d be out of luck. Yes, there’s another law that says that bathing is illegal unless a doctor gave you a prescription. And, of course, if that wasn’t strange enough, there’s a conflicting law that confidently stipulates that it’s illegal not to bathe before going to bed in Boston.

These aren’t frivolous legislations. They are actual laws that served very specific goals when they were enacted a long time ago. Remember that Massachusetts was one of the original thirteen colonies, and so when I say a long time ago, I really mean it. With time these regulations became unnecessary and outdated in a different context, but they were never removed from the law books. They still exist. Which brings us to our final point about strange myths in digital transformation.

Myths in the context of Digital Transformation exist for the same reason as any of the previous examples i.e. either they are lazy oversimplifications of actual facts, or they are previously true statements that are no longer true in a modern context. Regardless, their incorrect pronouncements remain. Computerworld has a short round-up of digital transformation myths that I found worth examining.

This one is simply a lazy oversimplification. Digital Transformation includes creating new business models, or smarter (digital) versions of existing products, or significantly more productive business operations. But, it’s inaccurate to assume that you need to move into a totally different business. Neither does it imply that you must become an online company. This myth is understandable because of old examples, such as the origin of Amazon which was initially little more than a website. However, today, Amazon is as much a distribution, logistics, and warehousing company as any retailer out there. It’s not in the online website business.

Myth 2: Digital transformation is a specific project or a single initiative.

This is another lazy oversimplification. Just because Digital Transformation is often a dramatic change, doesn’t mean that one big monolithic project is called for. On the contrary, a big and expensive initiative is most likely to fail, especially when compared to a portfolio of iterative and agile ideas. The Computerworld article shares the example of the banking industry, which has undergone a digital transformation by moving from a paper-based system of cash and checks to a nearly ubiquitous digital experience where people can move money via smartphones. This has happened over two decades.

Myth 3: The CIO role is safe because digital transformation relies on technology.

And finally, for those CIOs among us who are starting to equate the explosion of digital transformation work with job security, I have some bad news. Technology does drive Digital Transformation, but to be successful at it, you need strategic, organization, and change management skills to complement your technical competencies. There is a role that technology and technologists will play, but if we’re relying on that alone, then Houston, we have a problem. Which interestingly is another misquote. The accurate statement was “OK, Houston, we’ve had a problem here.”