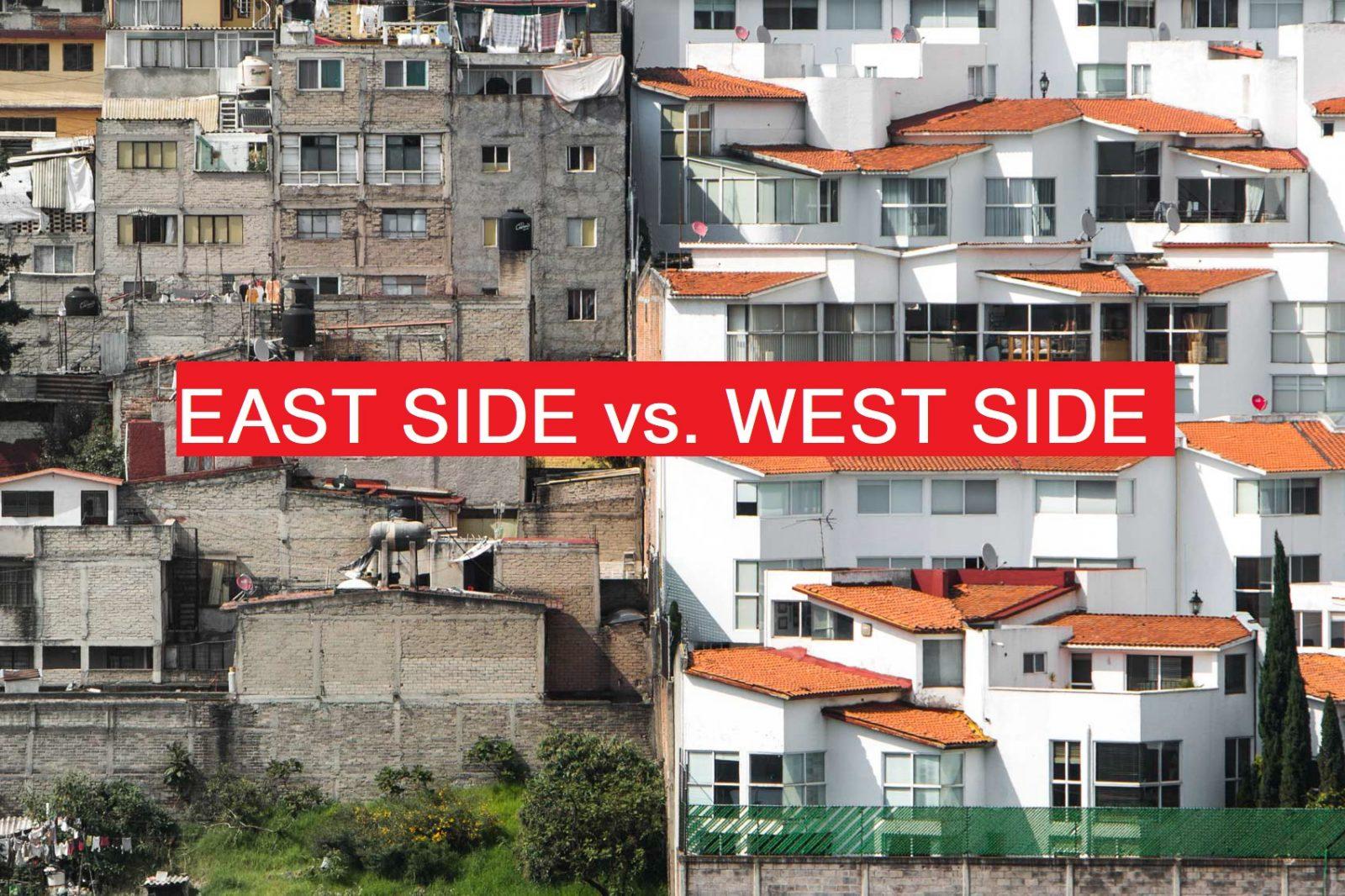 The east sides of many cities, including New York, London, and Casablanca are noticeably poorer than their western sides. Why? That answer, my friend, is literally blowing in the wind. It has to do with how cities evolved during the industrial revolution. Further, just as cities evolve over time based on unlikely reasons, digital systems in enterprises do too. Which means there is a commonality between digital evolution and why east sides of cities are poorer!

The Industrial Revolution was a time of great opportunity. Workers flocked to the urban centers. However, over time, as the towns and cities expanded, the residential areas became classist. Workers ended up in the east, and the middle and upper-classes in the west. In much of the northern hemisphere, the prevailing winds are westerlies – blowing from west to east. And, the Industrial Revolution was a dirty, smoky era. The huge unregulated pollution from the industries would therefore drift eastward. The result? The East Siders got the pulmonary-disease-special deal. Housing became more affordable in the east, while the middle and upper classes drifted to the expensive, but cleaner west ends. Net, the east sides of cities were poorer.

But, Wait! Wasn’t the Industrial Revolution a Long Time Ago?

The social deprivation in the eastern parts of the cities during the industrial revolution still lingers. Economists from the Universities of Bristol and St. Andrews studied this phenomenon in 2016. They examined maps from 70 cities. The incidence of social deprivation in the period from 1817 to 1881 was 15 percent higher in the east side. They then looked at the period between 1971 and 2011. Same deal – the east sides are still the poor parts of town today, with marked differences in schooling outcomes and crime incidence. The conclusion is, legacy challenges are hard to overcome. Which is not to say that gentrification or some other concerted strategy won’t fix this. Social deprivation in cities evolve slowly. These are forces of evolution, not revolution.

So, Digital Evolution Instead of Digital Revolution?

To be clear, this generalization of east sides being poorer isn’t universal. There were other forces, including geographical features like beach-fronts, different wind patterns, lack of factories or commercial centers like ports, which drove social abundance vs. deprivation. Our message is more about the effects of evolution, versus taking sides on the compass.

And, that’s where Digital Transformation can learn from urban city evolution. Digital Transformation as a phrase can lead people to believe that it is all about creating something new. Not true. Most organizations are already partly digital. We need to respect the foundation and to evolve upon it, not necessarily rip it out.

Even as you run digital transformation projects, you need to be cognizant that you’re addressing only the near future. Building organization skills for continual change, digital platforms that are open enough to be built upon, and constantly experimenting with new business models – now that’s the ultimate in digital evolution.

The east sides of cities will eventually equalize and who knows, perhaps even prevail. The best cities, like good enterprises, allow for evolution. After all, six out of top ten neighborhoods with fastest growing values in New York City today, are to the east, in Brooklyn!