This is cyberbullying at its most pitiful: African-American Omarosa is a “dog,” Morning Joe female co-host Mika Brzezinski is “low I.Q. Crazy Mika,” Megyn Kelly is a “bimbo” and a sitting Senator is “Pocahontas.”

October is National Bullying Prevention Month, but when the supposed “adult” in the house on Pennsylvania Avenue bullies others by Tweeting intimidating comments, their negative impact cascades down into our schools. It spreads the toxicity of our human dialog, the very way we communicate with each other.

Earlier this year, Psychology Today published a story, The Trump Effect: An Update, that called bullying “a behavior described as the use of power through strength or influence to intimidate another.”

The story cited a report by the Human Rights Campaign (HRC) that posted a survey—of a diverse group of 50,000 youth, ages 13-18—analyzing the effects of Trump’s bully behavior. It said his 2016 campaign had a “profoundly negative effect on children and classrooms.” The report also stated that after the election, the bullying effects of the Trump presidency—aka the Trump effect—are “devastating, particularly when it comes to bullying of minority groups.”

The HRC survey reflected an earlier survey of teachers, by the Southern Poverty Law Center, that some students were “emboldened to use slurs” and make bullying comments toward others, especially immigrant students, and children of immigrants. It’s estimated that close to one-third of kids/teens in U.S. classrooms have foreign-born parents. Cyber intimidations, name-calling, body shaming, making “threats” of deportation, were cited as having caused kids/teens to suffer panic attacks and to even entertain suicidal thoughts.

It’s an obnoxious environment we find ourselves and our kids in. But there is help and support out there.

Titania Jordan, Chief Parenting Officer of Bark.us, an Internet safety solution to keep kids and teens safe online, suggests, “When the leader of any country or organization uses a public platform to cyberbully another human, it is deeply troubling. Children will learn more by watching what you do, not what you say. We as adults need to act with kindness, responsibility, and wisdom when it comes to our social media usage if there is to be hope for the next generation.”

Bark offers tools and an award winning app that parents can use to help protect their children online, as well as receive alerts to certain key words of changing behavior. To date, Bark claims it has helped prevent the suicides of over 30 children/teens, as well as 12 school shooting/bombing threats.

Jordan answers some questions for us:

How has the Net created more opportunities for cyberbullying?

When children are given devices that can access the Internet, it opens up exponential amounts of ways for them to encounter problematic issues like cyberbullying. At Bark.us, we’ve analyzed over 1 billion messages of children ages 8-17 across social media, texting, and email accounts. Through our research, we’ve found surprising statistics: 66% of teens and 57% of tweens experienced cyberbullying (as a bully, victim, or witness).

What tips does BARK have for teens how to avoid falling victim?

Based on the time teens spend online across multiple platforms, accounts, and devices, it’s virtually impossible to avoid encountering some form of cyberbullying. That said, when and if they do, the best steps are to document—usually by taking a screenshot—report, block the offender’s account, and don’t engage. Then they must speak to a trusted adult, and above all, know they are not alone. Here is a list of “stopbullying” resources to utilize for support.

Explain how your monitoring tool/app works?

Bark is a technology that keeps children safer online and in real life for both parents and schools. Bark proactively monitors text messages, YouTube, emails, and 24 different social networks for potential safety concerns, so busy parents and school admininstrators can save time and gain peace of mind. Bark will send automatic alerts surrounding signs of cyberbullying, depression, online predators, adult content, and more that take place on children’s devices and accounts. Bark will then give ‘best recommended’ next steps for how to address these tough issues.

How can parents be more aware and also support their kids?

If your child is acting differently than normal, seems agitated and upset—especially after being online—or is hesitant to hand over their device, loses interest in activities they once enjoyed, or has a change in appetite or grades, they might be a victim of cyberbullying. Do not hesitate to engage in tough but important conversations surrounding mental health and technology usage.

Let’s keep the dialog open and moving forward. But experts say this starts from the top, where real changes must be made. 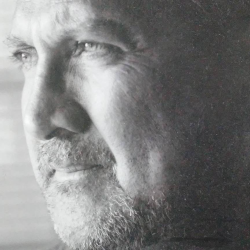