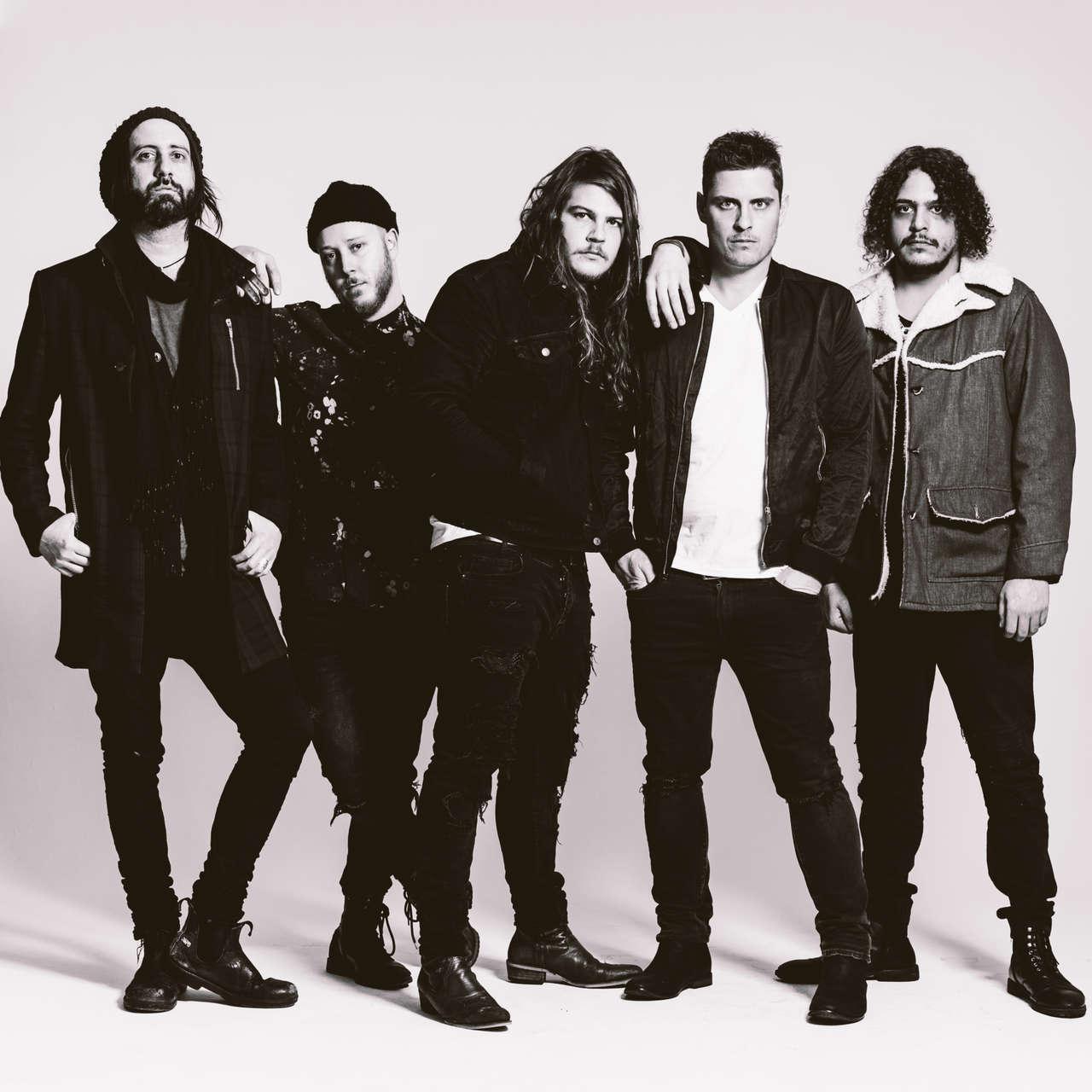 With the 2019 tax deadline stressing out people who fear that last year’s tax cut won’t be so helpful for ordinary citizens, it’s unsurprising that a recent #1 Billboard hit by The Glorious Sons makes mention of the taxman. The chorus for the rousing, anthemic singalong “SOS (Sawed Off Shotgun)” by this rock band plaintively offers:

“Yeah, they sent the taxman/I lost my job, and/You got hooked on oxycodone/They shut the lights off/They took the car, and/I bought a sawed off shotgun…”

Most noteworthy, the “Sawed Off Shotgun” song instantly connects in performance.

While this Juno Award-winning and infectious Canadian rock band is finishing off its SOS mini-tour in Spokane, Washington on March 14, it dips into its small provincial hometown of Kingston for inspiration. When lead singer Brett Emmons, all unkempt long hair and a fireball of raw honesty, calls his hometown a “prison town” — Kingston Penitentiary was once Canada’s most famous prison — he’s hammering a nerve.

As a result, when he sings “SOS (Sawed Off Shotgun),” he could be talking about any rural town across North America and capturing the zeitgeist of hard times in the rust belt and similar areas.

Singer Emmons, whose brother Jay plays guitar in the band,  suggests, “I think the reason this song is connecting and resonating with people is because it’s about real issues that we all face, it’s a sign of the times.”

So, fans yell out the band’s “Sawed Off Shotgun” lyrics as if they own them. One fan observantly opines, “A bunch of Canadians wrote a song about West Virginia.” And, another eruditely chimes in, “I really like the currency behind it. A very accurate description of today’s worldly attitude.”

Above all, many of the painful factors of economic disenchantment and alienation are in the lyrics — monetary problems, drug dependence, the repo man, unemployment and finally, buying a sawed off shotgun to end the pain.

Furthermore, the New York Times recently ran a story, “Deaths From Drugs and Suicide Reach a Record in the U.S.” which reported that the “number of deaths from alcohol, drugs and suicide in 2017 hit the highest level since the collection of this type of federal mortality data started in 1999,”

“SOS (Sawed Off Shotgun)” is off the band’s second full-length album, Young Beauties and Fools, and features similarly resonating tunes like, “Everything is Alright,” that talks about broken dreams, “too many fake friends” and this lyric, “I learned that morning, I can’t fix nothing anyway.”

Consequently, main songwriter Brett Emmons adds, ”They’re simple songs about alcoholism and the mostly autobiographical story of my life. The whole thing is derived from the thoughts, actions and feelings of a kid who doesn’t really know himself and the consequences of those actions.” He also sees a need for rock to get back to its origins, explaining, “It’s time for the genre to get back to its roots, and I’m not talking about the sonics. Rock n Roll should be dangerous,”

The Glorious Sons Coming Your Way

After a short break, these Canucks are back on the road, doing various gigs and a festival tour kicking off on April 13 in Orlando and April 14 in Tampa at the 98Rock Fest. Their tour continues on through the spring and summer, with The Glorious Sons telling their hardscrabble tales and expressing the human imperfections that audiences are eating up.