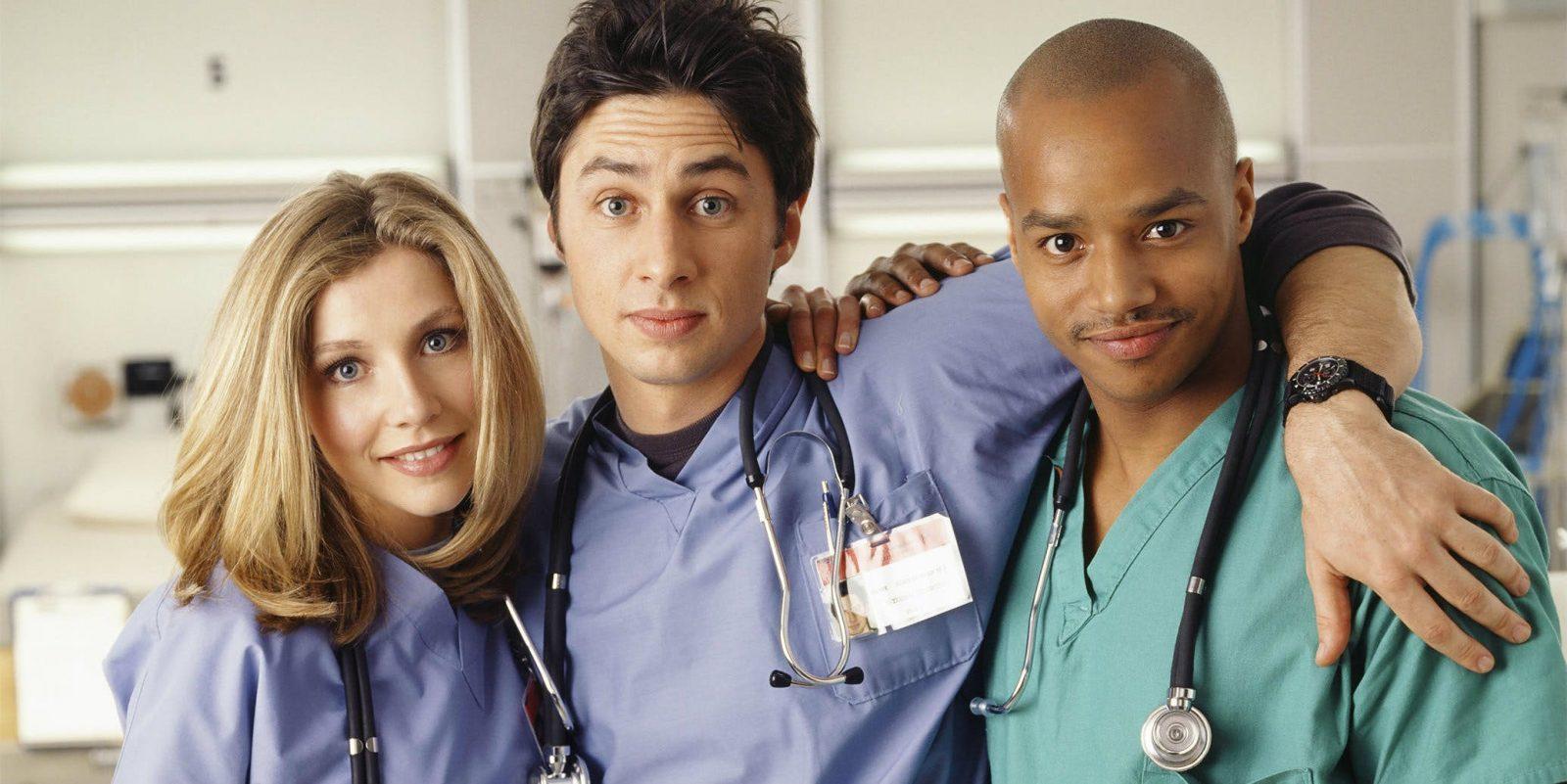 Could We See a ‘Scrubs’ Movie in the Future?

Scrubs remains a delight. The hit ABC comedy, which lasted nine seasons, has remained a rewatchable favorite among half-hour comedy fans for a long time. The show ended on a low note with an unpopular ninth season without most of the show’s main stars. The show doesn’t have the heartfelt and funny ending it deserves, but it may get it in the form of a movie.

There are over 180 episodes of Scrubs. Even if a Scrubs movie never happens, there’s always a huge supply of episodes to digest and revisit. From the sound of it, though, a movie/sequel is possible. On a recent episode of Fake Doctors, Real Friends, in which co-stars and pals Braff and Donald Faison talk about the show, Braff said he thinks a movie will happen:

Braff left the show before its ninth and final season. Without most of the main cast, the show didn’t work. It wasn’t the same and struggled to find a new identity outside of the shadow of JD & Company. It’s hard to even remember how the show ended.

J.D. is young and naive for a large chunk of Scrubs. He’s a manchild who’s also a doctor who cares. The character grew slowly but surely throughout the series, but he could probably still grow more like the rest of us. What would J.D. in his 40s look like? Would he be more hardened similar to Perry Cox (John C. McGinley)?

Time for a Politically Correct Scrubs?

We could certainly stand to see a more mature J.D. When revisiting old episodes, most of the slapstick and jokes hold up, but every once in a while, there’s a joke or two that hasn’t aged well at all. Braff admitted so himself on his podcast:

“Some of it is way too un-PC, I’m sure, for now. We often cringe and go okay, you definitely couldn’t do that joke today. Sometimes even at the time things would get censored because the creators were trying to push things as far as they could on network television.”

It’s the lighthearted and goofy jokes that hold up best from Scrubs. In the pilot episode alone, J.D. has a line or two that is, as Braff put, pure cringe. Of course, the show is now almost 20 years old, so it’s not surprising. It’d be kind of nice to see J.D. now and his friends now, though, making jokes that won’t fall apart on future viewings.

Scrubs fans remain passionate about the show. No love has been lost. Fans admit not all of the show stands the test of time and the last season was a misfire, but there’s still a lot to love for Scrubs. For good reason. It’s one of the few half-hour major network comedies of its time that could get the waterworks flowing. It still does. It’s funny, but at its best, Scrubs was touchingly human and sincere. It’s a comedy that values life.