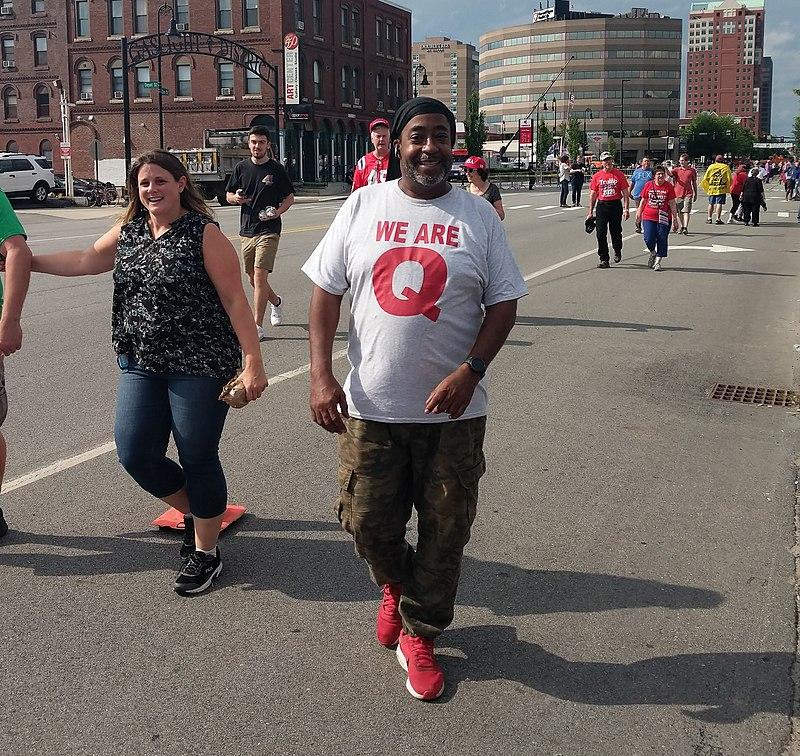 Twitter is cracking down on accounts related to the QAnon conspiracy theory just days after a theory that links the e-commerce platform Wayfair to human trafficking rings went public. The social network, which revealed that it has recently banned thousands of accounts related to the conspiracy theory, is just one of many social networking sites to enforce new rules on QAnon content in recent months.

Twitter’s decision to ban QAnon content and discussions on its platform signals a sweeping effort to combat the spread of misinformation ahead of the 2020 election. In recent months, many QAnon believers have co-opted the conspiracy theory as a political tool to fuel distrust against Democratic politicians, citing the #pizzagate conspiracy theory and Bill Clinton’s ties to Jeffrey Epstein as unfounded proof.

Both QAnon and the #pizzagate conspiracy theories imply the existence of a high-power deep state, in which a private ring of Hollywood and Washington elites are fueling international child trafficking rings for either satanic rituals or sexual exploitation. #Pizzagate, which alleges that a child trafficking ring involving Hillary Clinton was run out of a Capitol Hill pizza joint, resulted in violence when a gunman opened fire on the pizza shop in question in 2016.

Neither conspiracy theory has been proven true.

In fact, one popular opinion is that the film Monster’s Inc. is in fact a documentary that was created to expose the Hollywood elite). But many QAnon supporters have linked President Trump’s work on immigration and advocacy for victims of human trafficking as a signal that the President is both aware of the theories and is actively working to expose them.

In reality, the link between Trump and conspiracies like QAnon have only served as a political tool, inadvertently helping the Trump campaign by convincing social media users that voting for Trump is the only way to expose the evils of the Hollywood elite. Several GOP candidates are also openly supportive of the conspiracy theory, suggesting that the conspiracy has become much more politically involved in recent years.

The recent arrest of Ghislaine Maxwell and the viral Wayfair story has only created opportunities for QAnon ideologies to make their way further into the mainstream. Ties between Maxwell and Epstein and political figures like former President Bill Clinton have only sent QAnon theorists frothing at the mouth at the opportunity to prove that their years of hiding in the depths of Reddit (QAnon content has been banned on Reddit since 2018 as the company recognizes it as political misinformation) and other chat rooms are finally paying off.

But where Reddit was quick to shut down talks of QAnon back in 2018, other social networks have been slow to follow suit. Twitter’s decision to crack down on QAnon content sends a clear message that tech companies are recognizing the threat that these conspiracy theories have on the political atmosphere. But whether they enforced rules against them in time—or if their rules are going to work at all, is unclear.

The remarkable thing about conspiracy theories like QAnon is that their followers are able to effectively incite distrust among media platforms like Google, Twitter, and Facebook. When one social network opts to ban the content, conspiracy theorists only become more convinced that the “truths” they’ve uncovered are, in fact, true.