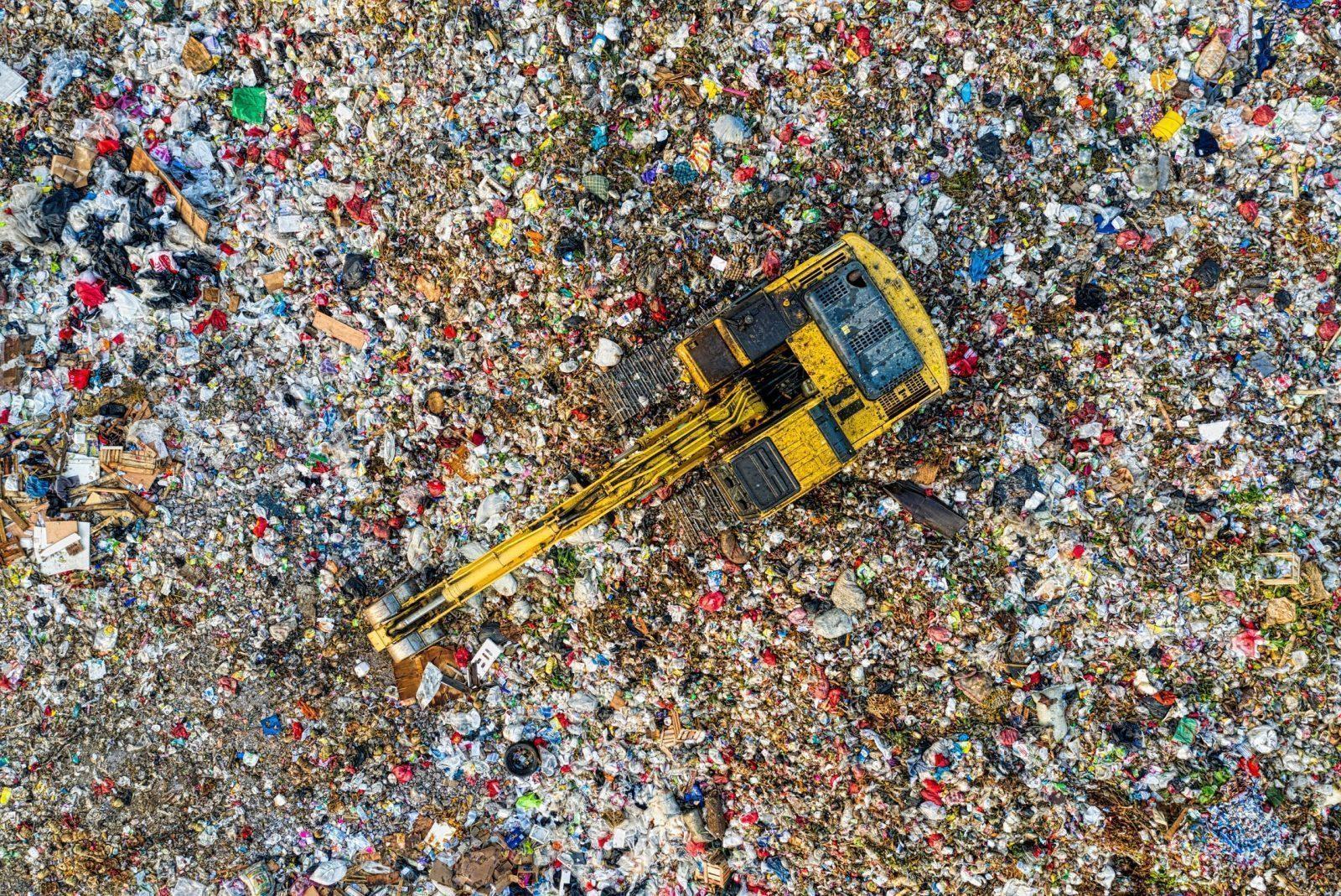 The answer to combating single-use waste might be smaller than we thought. New research has given scientists a closer look into the microbiomes of greater wax moth larvae, a plastic-eating caterpillar.

Organisms that are able to thrive off polyethylene, one of the most commonly used non-biodegradables, were first identified several years ago. But a new study published in Proceedings of the Royal Society B dives deep into the digestive systems of these tiny creatures in hopes of finding a solution to our over-flowing landfills.

Scientists at Brandon University set to uncover how greater wax moths, along with the microorganisms in its intestines, metabolize plastic. With greater knowledge on how to break down non-biodegradables, researchers hoped for a chemical that could be isolated from the caterpillar’s digestive system and used on a larger scale.

But instead, scientists discovered a close working relationship between the host and its gut bacteria. Separately, the two can digest plastic. However, when put together, the process is significantly faster. Even more so, caterpillars that consumed only plastic had a thriving gut microbiome compared to its counterparts that consumed their normal diet of honeycomb.

To us, honeycomb and plastic share no similarities. But to these munching caterpillars, the two are “nutritionally equivalent.”

“The waxworm and its gut bacteria must break down these long chains (in honeycomb),” says study author Christopher LeMoine. “And presumably, because plastics are similar in structure, they can also co-opt this machinery to use polyethylene plastics as a nutrient source.”

So is this plastic-eating caterpillar the savior we need in order to combat climate change? As of right now, no.

However, LeMoine remains hopeful that studying the microbiomes of organisms like the greater wax moth will provide, “a better understanding of how this synergy works [and] may guide future efforts to design the ‘perfect’ plastic biodegradation system.”

LeMoine and other scientists recommend reducing plastic waste as this technology is still being developed.