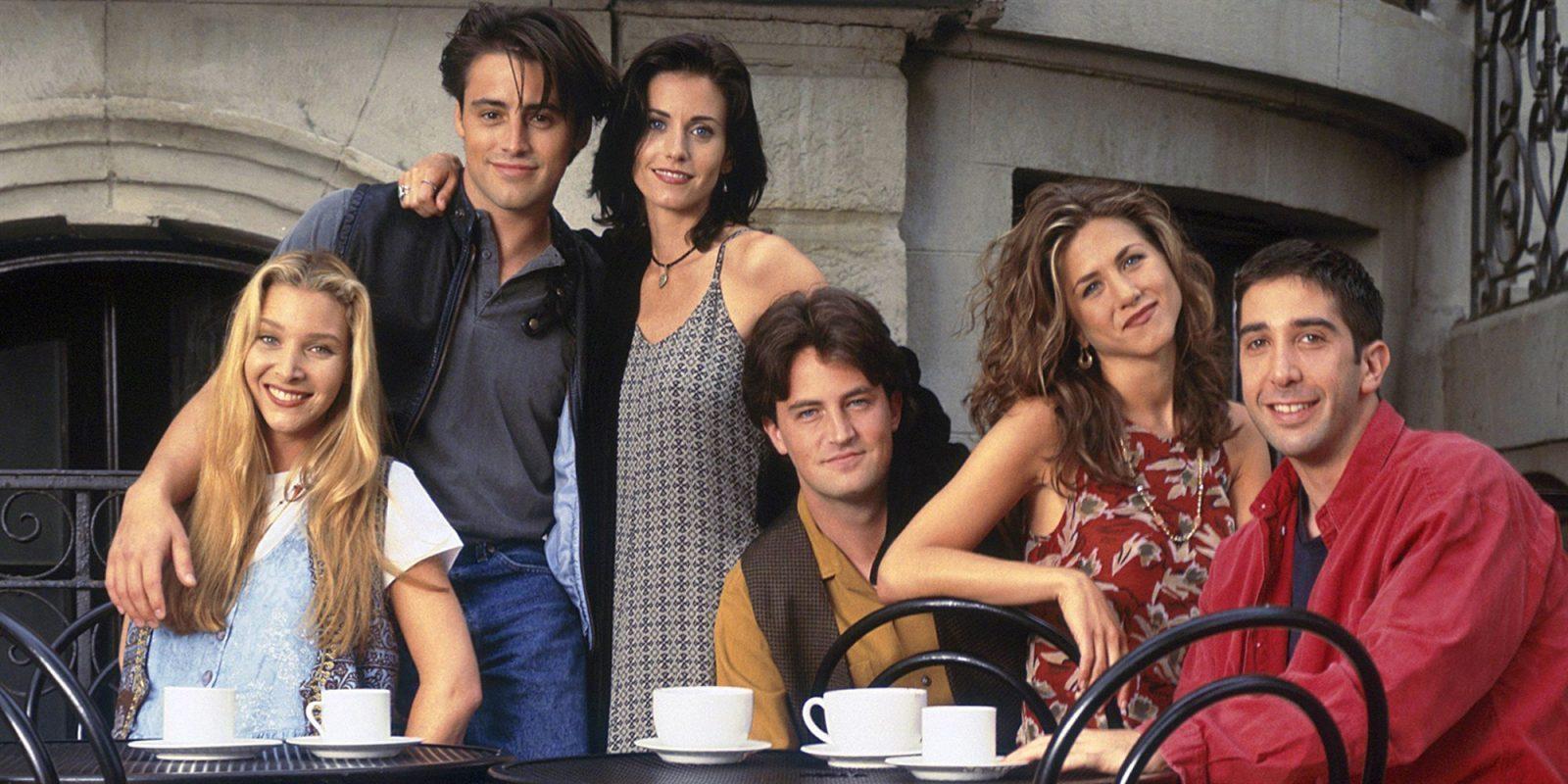 Oh. My. God. ‘Friends’ Reunion In Works At HBO Max

And when the rain starts to pour, they will be there for you. And could we BE any more excited?? Following the 25th anniversary of Friends, sources have indicated that a deal is in the works to bring an UNSCRIPTED Friends reunion special to HBO Max. In honor of the anniversary, Warner Bros. TV has been busy celebrating, having replica couches placed at landmarks across the globe along with pop-ups of Central Perk.

While the deal is far from done, sources indicate that all six stars—Jennifer Aniston, Matt LeBlanc, David Schwimmer, Matthew Perry, Courtney Cox, and Lisa Kudrow, will reprise their roles. And of course, series creators David Crane and Marta Kauffman will return.

Aniston hinted at the end of October that there was something in the works, telling Ellen DeGeneres on her show that “[they] would love for there to be something, but [they] don’t know what that something is. So [they’re] just trying. [They’re] working on something.”

Adding onto that, Aniston finally joined the world of Instagram, posting a recent photo of her reuniting with her Friends co-stars. Not only did she “break the internet and crashed Instagram’s entire server,” but she broke the Guinness World Records title for the fastest time to reach 1 million followers, in 5 hours and 16 minutes.

The first photo on the account went live on October 15 at 6:03am PST, with the candid group shot accompanied by the caption: “And now we’re Instagram FRIENDS too. HI INSTAGRAM”

But why after all these years did Aniston join the social media platform?

“It was just one of those things,” she told DeGeneres. “Eventually — it’s not going anywhere, right? So why not join the party? And it’s not that scary. [You can] share information, connect with your fans, right wrongs that are said about you, have fun, make fun of yourself, make fun of people. Help animals get rescued,” she added, a reference to one of the ways in which DeGeneres uses Instagram.

Now the reality of this possible reunion special, is that it will be an extremely difficult deal to put together, as sorting everyone’s schedules out is a major challenge. Sources have cautioned that the deal is far from done and agreements with both the cast and creators still need to be worked out.

This is even more reason to jump onto the HBO Max bandwagon, as it has now home to major series, including, but not limited to South Park, The Big Bang Theory, Seinfeld, The Office, and of course Friends. WarnerMedia has reportedly paid $85 million per year for five years—approximately $425 million to obtain the exclusive streaming rights to the Friends series, outbidding Netflix’s $80 to $100 million to keep the service for the remainder of 2019.

For nearly 10 years, Friends fans have seriously and crazily pushed for a reunion episode, which has been shut down and any rumors shot down with it.

At the end of the day, they really will be there for you.