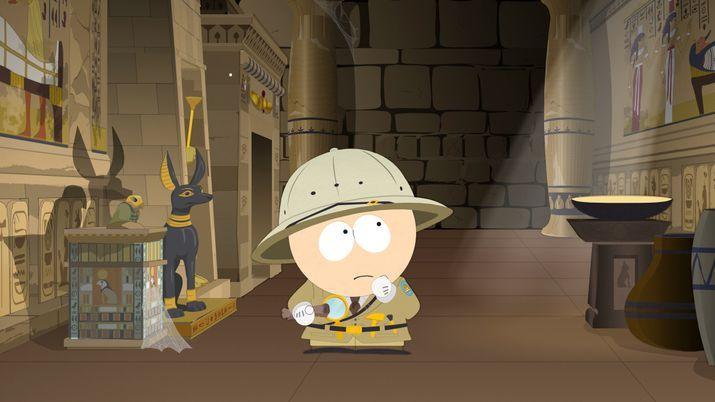 Ayyy Timmmmay! You, Kenny, and the entire South Park gang will have a new home as of June 2020. As the battle for TV streaming rights continues, WarnerMedia’s HBO Max picked up another solid draft pick, winning the exclusive U.S. streaming rights to Trey Parker and Matt Stone’s animated satire, South Park.

The raunchy animated comedy has been on air since August 1997, and is currently in its 23rd season, airing on Disney-owned network, Hulu. South Park Digital Studios, a joint venture between Viacom and Parker/Stone came to a close with a multi-year licensing deal, covering all 23 seasons plus three new seasons, which will appear on HBO Max 24 hours after the episode first airs on Viacom’s Comedy Central.

The deal is valued at over $500 million—sources familiar with the deal told Variety that the deal was probably closer to $550 million. Earlier this month, there were reports of a bidding war for South Park’s exclusive streaming rights, with Bloomberg reporting a possible valuation of $450 million to $500 million for the series. Netflix, an early contender, dropped out of the bidding war in mid-October, as it was looking for global rights, rather than just U.S. streaming rights.

Over the past few months, we’ve seen HBO Max take it to the next level, acquiring fan-favorite shows such as The Big Bang Theory, Friends, and The Office.

Consumers are currently awaiting for the November 12 release of Disney’s newest streaming service, Disney+, which recently released its lineup of currently available content.

“South Park is unequivocally among the best—setting the satirical gold standard, with a consistent finger on the comedy pulse,” said Kevin Reilly, chief content officer, HBO Max and president, TBS, TNT, and truTV, in a statement. “Audiences have connected with Stan, Kyle, Cartman, and Kenny – either alive or dead – for over 20 years, and we look forward to connecting these characters to new audiences on HBO Max.”

An all new Halloween episode of South Park will air Wednesday at 10:00 p.m. ET/PT on Comedy Central.

“It’s Halloween and Randy is dealing with his daughter’s marijuana problem. Butters gets an unexpected surprise when he visits the Egyptian Artifact exhibit at the Denver Museum.”