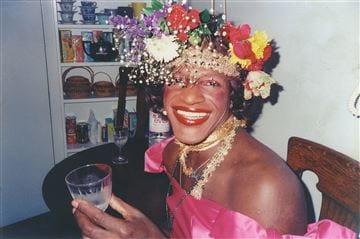 Why We Should All Appreciate Marsha P. Johnson Ahead of Brooklyn Park Renaming

Marsha P. Johnson spent her life fighting for equality of the LGBTQ+ community and now, she will further be recognized for it.

New York Gov. Andrew Cuomo announced that Brooklyn’s East River State Park will honor Johnson by renaming the park after her. During his speech at last week’s Human Rights Campaign gala, he referred to the late activist as “an icon of the community,” having been a key leader in protecting LGBTQ+ individuals from further harm.

In addition, Cuomo made it clear that while New York State has become “progressive” in its efforts to protect LGBTQ+ people, they are “losing the broader war” as hate crimes continue for not only this community, but for “African Americans, Jewish Americans [and] Muslim Americans.”

“These attacks are motivated by fear and intolerance against those who are ‘different,’ and they are blind to the commonality of humanity. We are fighting back, and we will continue achieving progress and showing the rest of the nation the way forward. We will do it again this year by passing gestational surrogacy to complete marriage and family equality. And we will name the first State park after an LGBTQ person and we will name it after Marsha P. Johnson.”

Why You Should Know Marsha P. Johnson

Marsha P. Johnson became a prominent figure in the New York’s LGBTQ+ community. And if you know about the Stonewall Riots, then you may be familiar with Johnson’s name.

Following her move to New York, Johnson, a black, transgender woman, struggled to make ends meet, but became a figure in the community as a “drag queen” known for creating her own fabulous outfits; she later became known as the “Mayor of Christopher Street,” which is where she spent her time.

Johnson was said to be one of the main figures involved with the Stonewall Uprising of 1969. She and fellow LGBTQ+ individuals stood up for their community after a raid by NYPD officers at the Stonewall Inn in Greenwich Village; said raid was an attempt to enforce a law to make serving alcohol to homosexuals illegal. These individuals had enough of the mistreatment they received and thus, the riots began.

In an interview, she stated that they “just were saying no more police brutality. And we had enough of police harassment in the Village and other places.”

50 Years Later, We Are Still Divided

Back in June 2019, New York Police Department Commissioner James P. O’Neill apologized for the 1969 police raid on the Stonewall Inn:

“What happened should not have happened. The actions taken by the NYPD were wrong, plain and simple,” O’Neill said at a briefing on security preparations for the 50th anniversary of the riots on June 28. “The actions and the laws were discriminatory and oppressive, and for that, I apologize.”

Johnson died on July 6, 1992 after her body found floating in the Hudson River following that year’s Pride parade. She revealed her HIV diagnosis that year as well, but her fellow friends and activists ruled that out, as well as suicide, and her death has been a mystery ever since.

Unfortunately, today, our country still faces heavy backlash and criticism with oppression and discrimination, just in a newer form: LGBTQ+, making this move by Brooklyn that much more impactful.

There are a number of LGBTQ+ monuments and memorials around the United States. For example, we have Harvey Milk Plaza in San Francisco, the Matthew Shepard Human Rights Triangle in West Hollywood and the Gay Liberation and Stonewall National monuments in Manhattan. However, none of these include state parks.

With East River State Park becoming the first to memorialize a prominent part of LGBTQ+ history, it brings forth even more importance of these individuals and the community as a whole.

To have an entire state park named after such an avid activist like Marsha P. Johnson means that she became an important part of history, not only in New York, but in the history of bringing forth LGBTQ+ rights within the country. Furthermore, it means that those visiting the park will learn about Johnson, who she is, and what she did for the LGBTQ+ community.

In addition to the park, it was announced last year, during the 50th anniversary of the Stonewall Uprising, that Johnson and Rivera will further be memorialized with a monument near the Stonewall Inn; it is set to be completed by 2021.