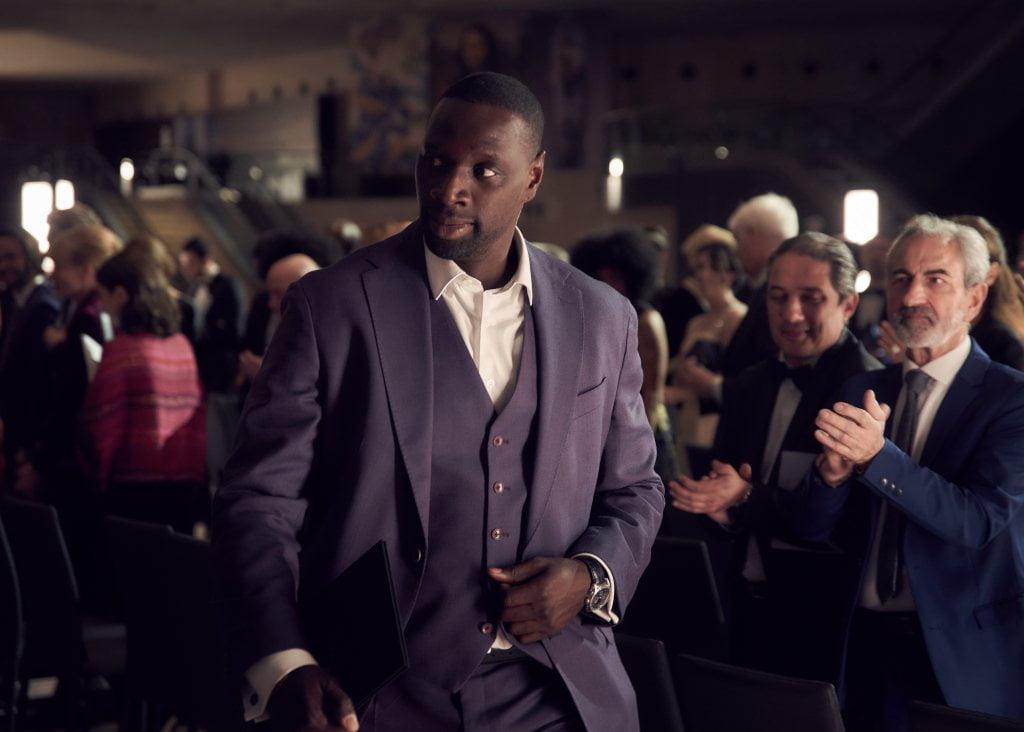 Lupin is a new and acclaimed series now streaming on Netflix. The crime series is a modern retelling of a classic French tale about Arsène Lupin, who’s a world-famous thief and — like Dana Carvey — a master of disguise. The series stars the great Omar Sy, who broke out with the hit 2011 drama, The Intouchables. Everyone loves Sy in the role. As for the Lupin ending, it leaves fans with questions about the future, not answers.

The first five episodes of the show have already been heralded as the first great new show of 2021. Maurice Leblanc’s fictional thief, Arsène Lupin, inspired the show’s anti-hero. The iconic character was first introduced in the early 20th century. Lupin is a revenge story following a frame job that wrecked a family. The thief wants payback, to avenge his father and unmask the nefarious Hubert Pellegrini and his family’s corruption.

The final episode focuses on guilt and death. Assane learns the deceased Fabienne was Claire’s (Ludivine Sagnier) separated husband. She also learns of Assane’s affair and thief life. Cutting to the present, Assane and Claire are with their child. A fight unfolds between Assane and one of his nemesis’ goons, who he frames for stealing a necklace. After the action unfolds, the secrets come out on a not so lovely day at the beach.

It’s the cliffhanger that has fans anxious to see what’s next in store for Assane and the rest of the ensemble. The police realize goon framed isn’t the thief they’re seeking. He doesn’t match the description, notably the drawings of the incredible thief. Things heat up with Assane and Claire’s son goes missing, on the day of his birthday.

A search begins. Complicating the search, in a very clever piece of storytelling, it’s author Maurice Leblanc’s birthday. It’s a great nod to the author of the character. Crowds dressed as Lupin flood the streets. It creates chaos and disarrays for Assane and Claire as they search for their son. The anti-hero realizes his son was kidnapped. When he hears his child’s name, he sees an officer, the one who connected the dots between Lupin’s books and the crimes.

That’s where the first five episodes leave fans hanging. The series is practically pleading with fans to return to the series, which audiences and critics have warmly embraced as a fast-moving, human and clever piece of suspense. There’s still no release date for part 2, leaving fans anxious to learn more about the Lupin ending.

It’s unclear whether Netflix shot all ten episodes of the series. The plan all along, from the sound of it, was to break the story into two parts. There’s usually a six-month wait from Netflix when it comes to releasing Part II of their shows, such as The Chilling Adventures of Sabrina. The Lupin ending concludes with “It’s Official: Part 2 is Coming Soon.” If Netflix sticks to their usual gameplan, Lupin fans will get more excitement in the summertime. Assane still needs to get his revenge and unmask the Pellegrine family for who they really are and restore his father’s honor in the process.