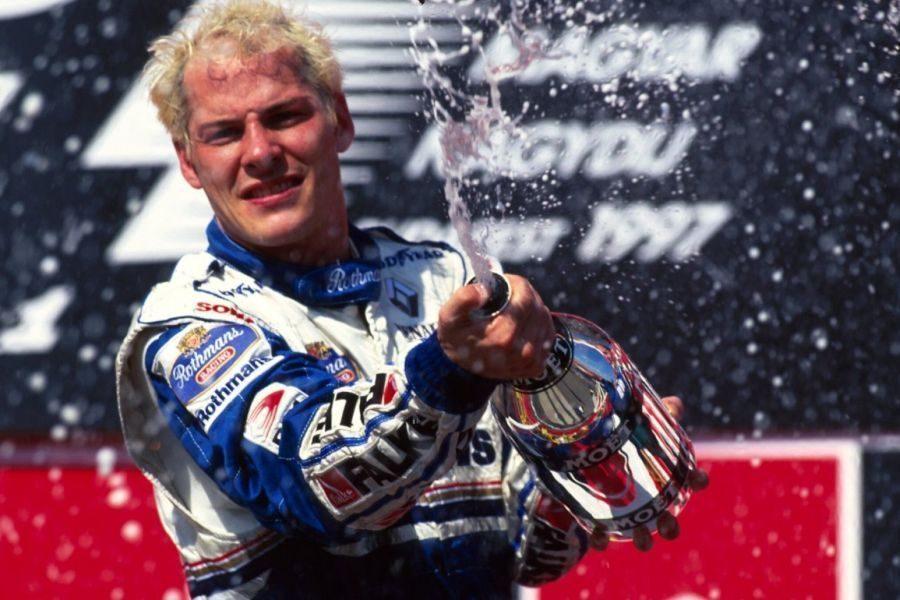 Canadians, especially Montrealers, love Formula One as much as they love poutine — a street food combination of French fries, gravy, and cheese curds. It’s what one of the few things that sets Quebec apart from the rest of Canada.

It is no surprise all Canadian racing drivers were born in Montreal, from the circuit’s namesake Gilles Villeneuve to the rising star Nicholas Latifi. This year, we have three living Formula One drivers.

Yes, he’s the son of Gilles and was named after his uncle. All three were professional car race drivers. Jacques is the most successful of three by winning the Formula One World Championship in 1997. So far, no Canadian has ever outperformed him.

I had the honour of chatting with him last Friday in my effort to update his fans about his whereabouts: from his current activities to projects after a successful career as a Formula One driver. It was also an opportunity for his number one fan to ask him a question whilst another journalist wanted to know his opinions on the current Formula One races.

I first met him during the Monaco Grand Prix whilst he was on set working (and still is) for Sky Sport Italia. Yes, our Jacques speaks Italian having grown up in Monaco. I explained to him that he is the reason why I started following the race. The fact he is Canadian made me even a prouder naturalised Canadian.

Jacques, the entrepreneur and family man

I tried to reach him a few years back, but it was hard to get a hold of him; I had to go through Jacques’ PR Manager who blocked my opportunity to connect. Then again, at the time, he was too busy raising funds to build a circuit in Western Canada — close to the borders to attract Americans whilst keeping the profits in the Canadian soil. Now, the opportunity to chat with him is finally here.

Jacques Villeneuve: Oh you knew about that. Area 27 is now up and running. It is close to Seattle.

Grit Daily: Congratulations on the success of that project. Based on my memory, you personally designed this and brought together your closest friends to build it from scratch. What else is keeping you busy besides family and driving for Go Fas Racing at NASCAR?

JV: Yes, it was a very ambitious project and I’m happy about the outcome. Besides working as a journalist for Sky Sport Italia, I also teach Formula Four. I believe in molding children at a very early stage. This way, I could spot the most talented one and help him or her make it to Formula One. I travel a lot. As a result, I only get to see my children one weekend within two weeks. I have enough projects and activities to keep me extremely busy; I’m afraid I do not have enough energy for another one.

GD: Coaching children to eventually drive for Formula One is an amazing gift you could give to any aspiring car racer as a former F1 World Champion who is still racing. It speaks a lot about how much you love racing. Do you resort to Facetime to keep in touch with your children?

JV: No, I don’t really believe in high technology. I prefer seeing my children in person not through smart technology. It kills excitement to see them. I like to miss them, so we get to spend a more memorable quality time together.

JV: There are too many young racers this year; it’s not as entertaining as it used to be. They should keep an older and a more experienced driver per team. As per Stroll and Nicholas, they have a bright future ahead of them. There’s room for improvement because they are still at the early stage of their careers. And as per tyres, I am happy Formula One uses Pirelli. In the past, it was Goodyear.

There you go folks! You can follow him at Sky Sport Italia and Canal+. Looking for more Formula One coverage at Grit Daily? Check it all out, here.