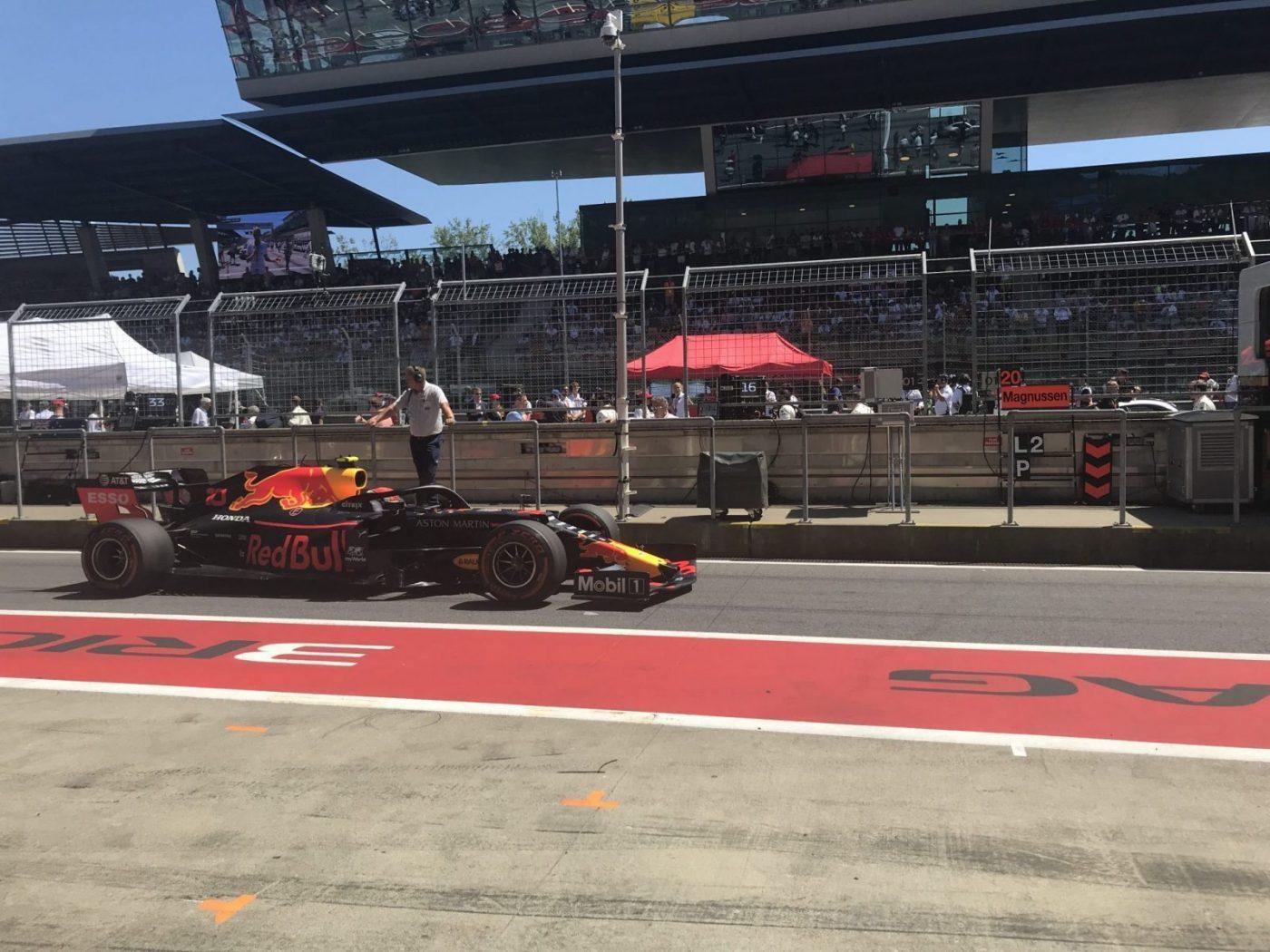 With the air temperature of 33*C, things ran a bit hot — no pun intended — at Formula One’s Austrian Grand Prix.

The Redbull Ring, where the race was held, has three sharp curves and is shaped in letter B. The race started with a  thanks to the legendary Formula One racer  and three-time champion, entrepreneur and local Austrian Niki Lauda — who passed away a month ago. A chopper flew above the tracks with his image containing #dankeNiki (#thanksNiki) while the Austrian national anthem played.

Team Mercedes launched an attack to Redbull’s Max Verstappen sending him to position seven, but the Dutch regained position two at lap 56 until he pushed the Monagesque sending the latter to position two from lap 67 onwards. The team knew that he is the person to beat at this race regardless of Ferrari’s Charles Leclerc’s dominant performance during the weekend.

A Flood of orange

Fans from the Netherlands were not disappointed by the performance of the home crowd’s alpha driver. Verstappen was initially in position three until the stewards slapped a penalty to Mercedes’ Lewis Hamilton. The Brit was demoted from two to five. The cause of penalty: not leaving enough space to Alfa Romeo’s Kimi Räikkönen. The drop promoted his teammate Valtteri Bottas to top three, which was also the podium position of the Finn for today’s race.

Hail to the Dutchman

Verstappen did what he’s good at: pushing his main opponent off track, overtaking and just having fun; it is just what happened at today’s race as spectators witnessed the massive change in position from lap 58 onwards.

Stewards are currently investigating the incident where Verstappen and Leclerc made contact at lap 69. The two touched wheels as Leclerc ran off the road, losing his long-held position.

Despite Mercedes’ effort to push the Dutchman aside, the home crowd leader managed to get back to top two. Leclerc and Team Ferrari were feeling safe and confident all throughout the race until an assault by Verstappen two laps before it ended.

Vettel’s performance might not be as outstanding as his usual, yet he managed to overtake his main nemesis: Silver Arrow’s Hamilton. Both were fighting for position four, until the German locked it at the last lap, pushing himself from position nine to four, splitting the Mercedes at the end of the race.

Antonio Giovanazzi finally scored a point at position ten whilst teammate Räikkönen is at position nine- a slide from their starting position which was at seven and six respectively.

The team is starting to fight back from being dormant at the beginning of the season. Team Renault squeezed the Iceman during the Canadian Grand Prix — a realisation that the Iceman remains a great threat in the track despite outperforming his car engine.

The duo’s performance is getting stronger every race. Lando Norris was competing for position against Räikkönen, 2007 Formula One World Champion, at the beginning of the race. The former was only eight years old when the Finn won the championship with the age difference of exactly twenty years. The young Brit managed to seal position six until the very end.

Carlos Sainz, Jr. managed a climb from position 19 at the starting grid to position eight at the end of the race. It shows that his car’s construction has improved massively this year.