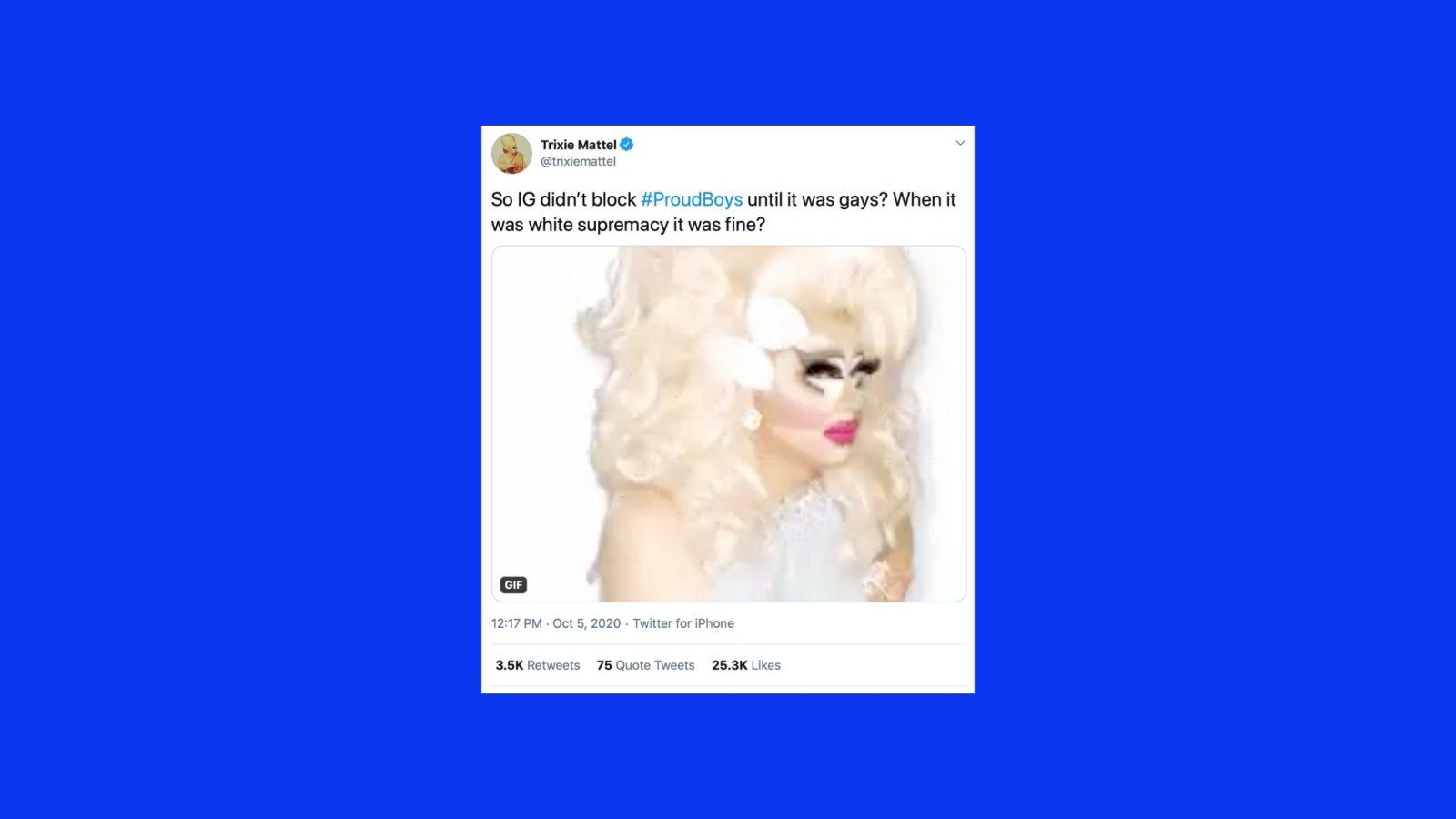 No, Instagram Did Not Block #ProudBoys Because Gay Men Were Using It

Rumors began circulating on Twitter over the weekend that Instagram was blocking the use of the hashtag #ProudBoys because gay men were using it to show pride in their sexuality. The hashtag had previously been associated with the Proud Boys group, a known right-wing organization associated with violence, before it had been repurposed last week by gay men. The company, however, clarified that it did not block #ProudBoys prior to gay men using it.

The topic was heavily posted about on sites like Twitter after the first Presidential debate when President Trump refused to condemn the Proud Boys for their connection to white supremacist hate groups. After the President’s “stand back and stand by” comment at the debate, attention was turned on the group in new ways, helping to boost the topic on social media. Instagram had previously blocked the hashtag when it was associated with the group, and even Twitter had suspended accounts from prominent members in the past. Other companies like Etsy opted to remove Proud Boy merchandise from its website.

However, some Twitter users pointed out and falsely spread that the #ProudBoy hashtag was blocked because gay men were suddenly using it. Trixie Mattel, a popular drag queen famous for her appearance on Ru Paul’s Drag Race, posted that Instagram didn’t ban the hashtag until it was associated with gay men. Andy Stone, the Policy Communications Director for Facebook, responded to the post to clarify that the hashtag had been blocked when it was associated with the hate group that had been banned from the social media site.

A representative for Instagram confirmed with Grit Daily that the company did block #ProudBoys in the past but was made live again after the company started to see an uptick of content from gay men posting in solidarity with one another. It appears that the hashtag is still blocked from the search, likely because of its association with the Proud Boys group, but the company has made it possible to use the hashtag once again. By clicking on the hashtag in a comment or Instagram caption, users can then see other posts that use the hashtag, but are met with a warning that the hashtag is currently hidden due to reports that the content associated with it violates Instagram’s community guidelines. It is also likely that the trend will fade off and become saturated with content related to the group once again.

Grit Daily has reached out to Instagram to ask if the company will remove all restrictions associated with the hashtag in the future. We will update this piece as necessary.