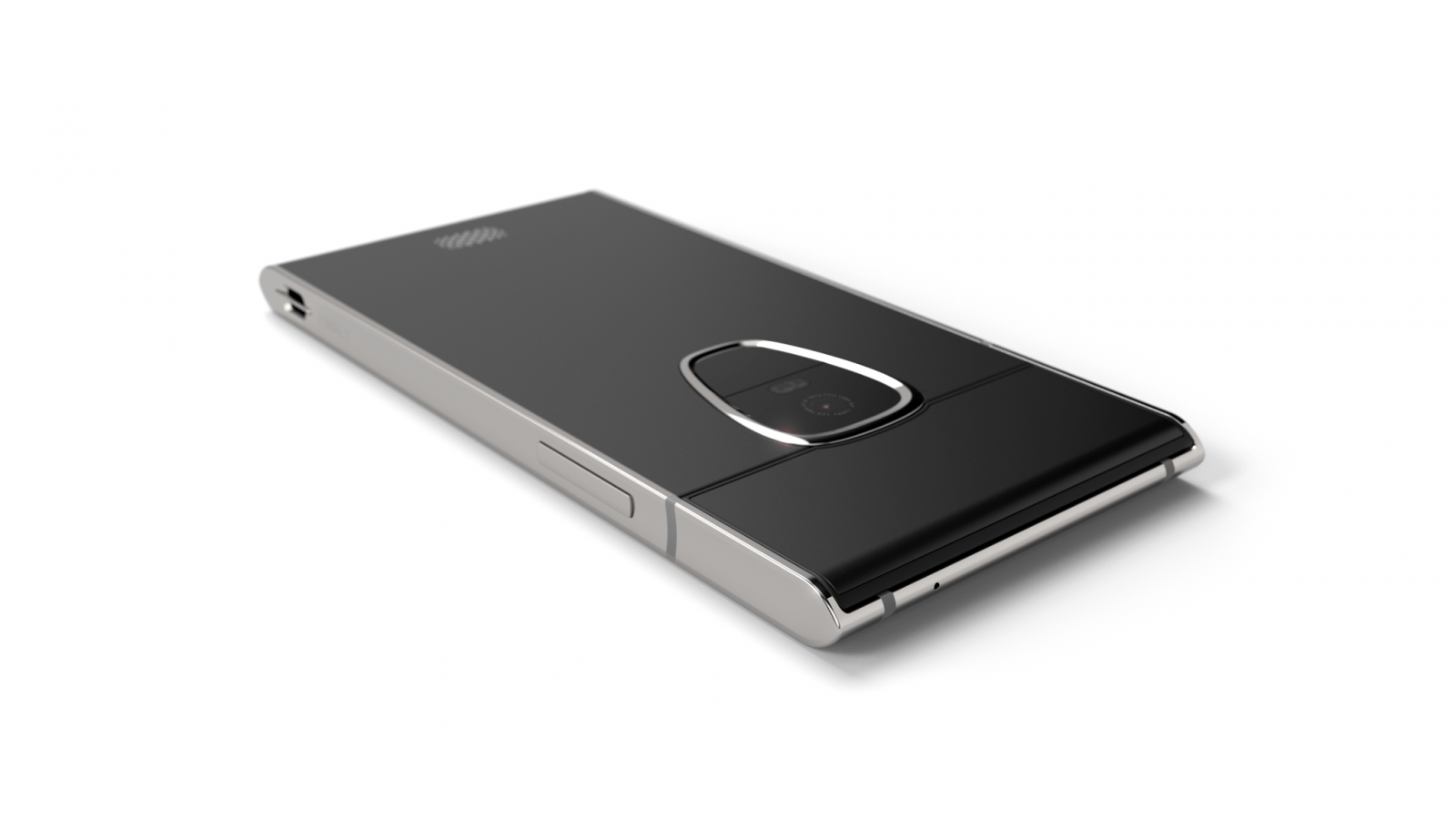 There are over 24,000 Android smartphones models on the market, which is one of the reasons the operating system runs around 85 percent of all phones — there’s a phone for every type of consumer, and every budget.

So what does a new addition to the market have to do to stand out?

Sirin Labs’ Finney is a phone like no other. A fully featured Android device, it comes with one feature that is unique in every aspect.

A cold storage wallet for cryptocurrencies.

I was recently invited to attend the launch of Sirin Labs’ store in Mayfair, London, where consumers can try and buy the device for $999. That price point puts the phone squarely in Google Pixel 3 XL and iPhone XS territory. You can, of course, buy it online too, and the phone will soon be available via the Amazon Launchpad programme.

Sirin Labs provided me with a non-configured unit for review, and I’ve been using it for three weeks to put it through its paces.

At first, what you’re using is almost indistinguishable from any other Android device. The setup is as easy as ever, and using familiar Android features I was able to copy my existing phone’s settings across in moments.

Officially, Finney uses SIRIN OS, which the company claims is an “ultra-secure and Google-certified ‘fork’ of Android.” In practice, it looks, feels, and acts exactly like Android, something I prefer over the bloated “skins” manufacturers like HTC and Samsung apply to their devices.

The phone feels solid and well built. And despite looking like it is bigger than the average device, it is barely bigger than my Google Pixel 2.

Sirin’s Finney is certainly a speedy device thanks to its Qualcomm Snapdragon 845 processor. The phone’s build screams quality, which is not surprising from the company that brought the $10,000 Solarin smartphone to the market back in 2016.

That being said, some might find the angular design less sleek than other phones in this price range. While I was initially in that camp, it has grown on me, and the fact it doesn’t look like other devices becomes a plus.

Battery life is excellent, and I have been getting a good 14-16 hours of use between charges from its 3,280mAh power bank. It has 6Gb RAM and 128Gb storage, and opening the SIM card slot reveals something many phones have ditched to save real estate – an SD card slot that allows for up to 2Tb of additional storage.

And while the display isn’t as high quality as other comparable devices, sporting a 1080 x 2160 resolution screen, it displays HD images and video with ease. A 12MP rear camera, along with an 8MP front camera, create high-quality photos and selfies. While not in the same league as the Google Pixel 3, the images it produces are crisp and clear, and it does well in low-light situations.

The fingerprint sensor is on the back, which is by far my favorite personal position for unlocking a phone, but because it doesn’t have a recess, it can be difficult to locate on occasion. This became easier with regular use, but it takes some getting used to. And you’ll find all the usual Android flagship features, such as NFC, BlueTooth 5.0, and Wi-Fi 802.11 a/b/g/n/ac.

But the feature that makes the Sirin Labs Finney stand out from the rest is hidden in the back of the phone. Sliding up the top panel reveals a monochromatic, multi-touch two-inch screen that acts as the control panel for the cold storage element.

On setting up the wallet for the first time, you create a password, and then the wallet provides you with a 24-word backup sequence. Storing that somewhere safe is crucial, as it is essential should you need to restore your wallet or move it to a new device. To ensure the wallet is as secure as possible, Sirin Labs tell you to store the sequence offline. The company’s FAQ says to “consider your seed compromised once you make a digital copy of it, even if you do it on an offline device such as a copy machine or a digital camera.”

Once you have created your wallet, you can use the bundled Finney Wallet app to transact in an ever-growing number of cryptocurrencies and tokens. The app is easy to use and performs all the functions you’d expect from any crypto exchange solution. You can send and receive currency, convert it, look at your history, and approve blockchain messages.

Not just apps, but dApps

In addition to the wallet, Finney includes the dCenter app, which gives access to a vast number of distributed apps, or dApps. On initial launch, dCenter asks you to register for airdrops, which allows you to receive free tokens.

It is here that things become even more interesting. Several dApps include educational content that teaches you more about the dApp itself and the broader blockchain universe. By watching videos and answering questions, you’ll earn tokens from each partner. Earn enough of these, and you could — over time — potentially make enough money back to pay for the phone.

It’s a move that not only helps the user to understand each dApp, but could pave the way for wider consumer understanding of the blockchain world, and how cryptocurrencies work.

The other useful addition to the bundled apps is the Security Center, which offers suggestions on how to make sure your Finney is as protected as possible. It’s a simple affair, but effective, and provides high-quality advice to ensure you don’t leave your Finney open to attack.

My only gripe with the phone’s blockchain features is the screen itself. To keep the back of the phone slick, there’s no visible lip at the bottom of the slide-up screen, which makes the action of moving it upwards more difficult than it need be. A small lip, or some beading, would make it easier to navigate.

And the slide-up screen can be a little challenging to use because it is so small. The touchscreen is not as sensitive as the main screen, and feedback is sometimes muddy. Nothing here is terminal or deal-breaking, and practice makes perfect, but it could do with some improvement.

As far as the phone is concerned, the other issue I have is the same that I put up with when using the Google Pixel 2, and one problem that all recent iPhone users enjoy. USB-C is a wonderful choice for power and connectivity, but the lack of a headphone jack means using BlueTooth headsets, or the included USB-C to jack converter.

If you’re buying the Finney because you need a high-quality smartphone, and you don’t require cryptocurrency options, there are better Android phones available at a lower price point.

But the blockchain features make this phone stand out for anyone that has — or wants to have — crypto holdings and make them easy to use in real-world environments. Combining everything in a smartphone makes complete sense versus separate cold storage solutions, especially as we move to the promise of paying for goods everywhere via NFC and choosing which tokens to transfer to fiat for that transaction.

To read up on Facebook’s latest moves in this space, check out their own development of a cryptocurrency here.