Arguably the two locations on Earth with the least inviting place names are Death Valley and the Dead Sea, yet both have devoted followings. Tourists from LA began visiting Death Valley about soon as cars capable of making the drive were available. People have been soaking in the Dead Sea for its legendary healing and […]

Arguably the two locations on Earth with the least inviting place names are Death Valley and the Dead Sea, yet both have devoted followings. Tourists from LA began visiting Death Valley about soon as cars capable of making the drive were available. People have been soaking in the Dead Sea for its legendary healing and beauty benefits since at least the time of the pharaohs in (relatively) nearby Egypt.

The Dead Sea is nearly 10x saltier than the ocean. People have soothed their aches and pains in its waters since Biblical times. For just as long, those who were not ill and could afford to take the trip, have soaked in the Dead Sea to make their skin healthier and more beautiful. In recent years, a cosmetics industry has grown in Israel to distill those healing, rejuvenating properties of Dead Sea minerals. A leader in that quest is Ayush Gil Benzaquen, co-founder of AYAM Beauty Products, an Israeli company with a long line of products containing Dead Sea minerals.

Benzaquen is a veteran of 40 years in the beauty and cosmetic industry, beginning in Venezuela, where people watch the Miss Universe pageant the way the rest of the world watches the World Cup. We asked Benzaquen about the legendary healing properties of the Dead Sea, it’s long history as a beauty destination, and why the Israeli cosmetics industry is so lamentably overlooked.

What is it about Dead Sea minerals that makes them especially good for skincare?

The waters of the Dead Sea contain the highest concentrations of essential minerals on Earth. Of the more than 26 minerals found in its waters, an astounding 12 are not found in any other ocean or sea. It also contains 10x more salt than other oceans or seas. If you’ve been fortunate enough to soak in the Dead Sea, you most likely noticed smoother skin, improved skin hydration, and reduced skin inflammation the following days, weeks or even months.

So what makes these minerals so powerful?

A few factors…Dead Sea salt is rich in zinc and bromide. Both are known to be strong anti-inflammatory agents. Magnesium, potassium, sodium, and calcium can boost skin hydration, which helps with itchiness and redness, and ultimately soothe skin. Dead Sea salt improves blood circulation, helping lower the number of skin scales.

Minerals are essential for the metabolism of the skin. As you age, the level of minerals in the body starts depleting. Researchers have found that at a certain point the body no longer produces minerals independently and must draw from an external source of supply to strengthen cell membranes against dehydration and environmental hazards.

In addition to the minerals, solar radiation at the Dead Sea is filtered due to its location 400 meters below sea level. It has been shown that the shortest part of UVB does not arrive at the Dead Sea. The combination of regular exposure to the sun at this low sea-level and the high mineral concentration of the water is effective for treating many common skin conditions, including psoriasis and eczema.

Is it true that Dead Sea mud is a treatment for psoriasis? If so, what makes it effective?

In a study done by PubMed Central, a group of participants with atopic dry skin submerged their arms in water containing 5% of Dead Sea salt for 15 minutes. The study found that those who soaked their arm in the solution showed improved skin hydration and reduced skin redness and inflammation (characteristics of psoriasis) compared to those who used the common tap water sample.

The official treatment that helps relieve psoriasis, dermatitis, and even eczema is called climatotherapy. Climatotherapy is the exposure of the skin to harmless and mineral-rich environments. Important climatotherapy centers include the Dead Sea, Kangal Hot Spring with Fish, Blue Lagoon, the Black Sea in Bulgaria, and the Safaga area in Egypt.

The Dead Sea has a unique combination of several climatic factors that allow “natural selective phototherapy,” or treatment with natural light. People obtain excellent results when they combine this unique way to receive sun exposure with balneotherapy or bathing in salt water.

Purportedly, the Dead Sea has attracted people seeking relief from ailments for centuries. How far back in recorded history is the Dead Sea noted as a place for healing?

Climatotherapy stretches all the way back to the Roman era and was used as a kind of ritual practice amongst the Greeks, Babylonians and Mesopotamians, as well. It’s also been documented that Cleopatra was known for indulging in the Dead Sea’s beauty benefits.

Are skincare products made from Dead Sea salts just a poor substitute for bathing in the Dead Sea, or do they offer particular advantages?

You don’t have to plan a trip to the Dead Sea to receive its powerful properties. For example there are Dead Sea salt beauty products that target hair and skin texture. Using, say, a shampoo infused with Dead Sea salts can help eliminate itchiness, scaling, and inflammation caused by scalp dryness. These products are not for the healing of chronic diseases, however.

Israel has an international reputation as a tech hub for a wide range of technologies from biotech to cannabis research to water efficiency and advanced desalination technologies.

Correct. Israel, despite being both a small and young country in the Middle East, is known for its innovation and technology. It has even been dubbed “the start-up nation” and the next Silicon Valley.

It’s only natural that the world of high technology and innovation would soon find a role in beauty care, especially with its historical beauty background. As a host for a great variety of plants, herbs and, of course, The Dead Sea – rich with unique healing minerals, salts, and mud – Israeli companies are now focusing scientific research and product innovation in modern laboratories and advanced production methods to help create better (and more affordable) beauty products.

Tell us about the skincare and cosmetics industries in Israel, which I understand to be significant but not as well known.

The cosmetic industry in Israel is constantly being overlooked, despite its leading role in product innovation. More and more, we are seeing consumers increase their interest in ingredients, natural components, no parabens, and healthy choices for skin, and Israeli companies are responding to this need by using its natural resources and advanced technologies to create new performative products. Soon we expect the US beauty retailers to be flooded with high-quality Israeli cosmetic products. 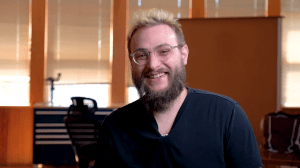 Mike Audi, Founder and CEO of TIKI, Talks Data Privacy and Getting Paid for Your Data 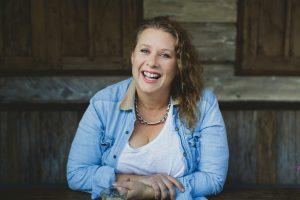 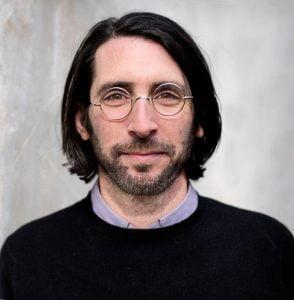 Peter Page Peter Page has been verified by Muck Rack's editorial team on May 27, 2021

David Poses, Author of ‘Weight of Air’, Talks About Addiction and the Medication That Helps Addicts Cope 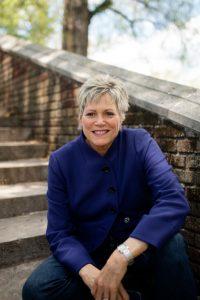 Peter Page Peter Page has been verified by Muck Rack's editorial team on May 20, 2021

Lisa Frankovitch, CEO of Uplogix, Discusses the Future of IT Management 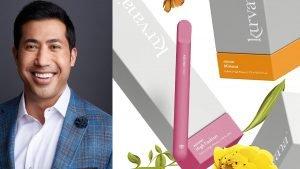 Peter Page Peter Page has been verified by Muck Rack's editorial team on May 17, 2021 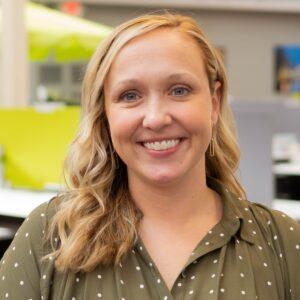 Peter Page Peter Page has been verified by Muck Rack's editorial team on May 13, 2021