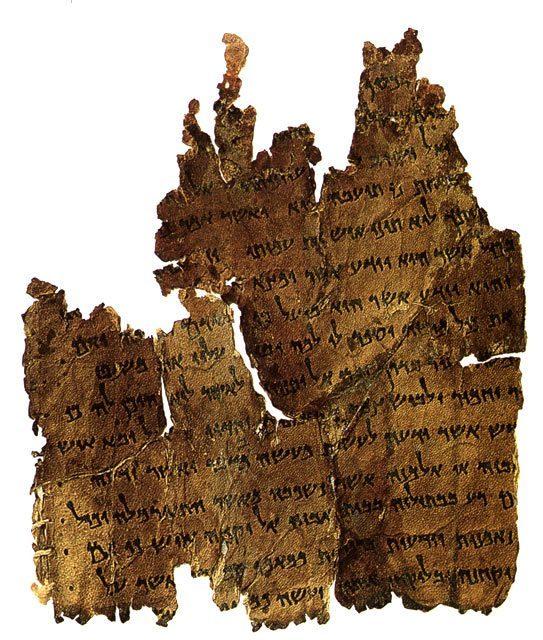 All 16 Of Steve Green’s Dead Sea Scroll Fragments Are Fake, Says D.C.’s Museum of the Bible

Washington DC’s Museum of the Bible, which was previously thought to have 16 Dead Sea Scroll fragments, revealed in a 200-page report that it’s artifacts are forgeries in what will be thought as one of the most significant artifact scams in history. The museum revealed last year that five of its fragments were forgeries, but announced today that it has discovered the truth about the rest.

The scrolls, had they been real, are the oldest known copies of the Hebrew Bible in existence, dating back to the time of Jesus itself. But a close examination of the documents have revealed that they have “characteristics inconsistent with ancient origin,” according to scholars at the museum.

Where did the scroll fragments come from?

The documents were donated by the Green family, which owns Hobby Lobby, and are said to have paid millions for the scraps, though the exact number is unconfirmed. In a previous statement, Green said that the scroll fragments came from different vendors. Each of the 16 forged fragments are from the same document, which suggests that the vendors did not know they were dealing forgeries at the time.

Forgers likely used scraps of leather from sites found around the Qumran caves, where the other scroll fragments were discovered. The real scrolls are said to be made of parchment, though both copies are coated in the same waxy amber material which suggests the forgeries were likely made in the same area. Additionally, the forger used modern ink to scribe the text on the fake scrolls.

With all of that being said you would think it would be an easy fake to spot, but the forgers were careful to scatter mineral deposits found in the Dead Sea region onto the scrolls while the ink was still wet, making them hard to differentiate between real and fake. Information about the forger is still up in the air, though art historians suspect the fake document fragments could have been made of old shoe leather, possibly from the Roman-era.

Did the forger intend to deceive art historians with the fake fragments?

There is no doubt that the scrolls were intended to be sold as forgeries, though, as the wear and tear on the fakes is consistent with what would have been found in the region during biblical times. Both the mineral scatterings and the materials suggest that the forgers intended to make high-quality fakes and sell them in the antiquities market for top dollar.

The museum confirmed that the scrolls were fake using 3D, x-ray, and infrared technology to study the documents and compare their traits to known traits of the real scrolls. The real scrolls were discovered in the Qumran caves in the Dead Sea region of modern day Israel in the 1940’s by Bedouin shepherds in the area.

Where are the real scrolls today?

Today, the seven scrolls are in fragments and scrolls after they were found across several caves, torn into over 150,000 fragments—most of which are in the Shrine of the Book exhibit of the Israel Museum in Jerusalem. The 200-page document released by the museum did not raise question of whether or not the other fragments are real.

It did, however, cause experts to question a wave of fragments that came onto the antiquities market around 2002. Because this wave of fragments took so long to make it into the mainstream market, experts suggested at the time that even if they were real, they were likely tied to looting or criminal acts at some point—something the Hobby Lobby CEO is not new to.

Published in Art and Life