When it comes to most startups, the founders usually have a big idea they think could fill a white space. Or they noticed some data that points toward a successful business venture. But, using academics and a scientific approach? Well, that’s not so common. But it’s precisely what Peter Halldin, co-founder and Chief Science Officer of Mips, did to build his successful company.

Mips co-founders discovered a study of why head and neck injuries occur even when someone is wearing a helmet. They learned through this academic endeavor that most crashes resulted in a person’s head (or helmet) hitting the ground at an angle. The result? The Mips safety system is a low-friction layer inside a helmet or hard hat that reduces the impact of rotational motion. This is particularly important for the construction industry, which has more TBIs (traumatic brain injuries) than any other industry.

Not surprisingly, this significant workplace safety advancement has been a success. But how exactly does taking a scientific approach to building a company work? And what can other entrepreneurs learn from Halldin? We chatted with him to find out.

Why did you decide to take a scientific approach to build a company?

“When Mips was founded, I had just finished my Ph.D. in head and neck injury biomechanics at the KTH Royal Institute of Technology and didn’t have a career path. The idea for the Mips safety system, designed to help redirect potentially harmful rotational motion away from the helmet wearers’ heads, came about through research at the university into how standard helmets were designed. We obtained funding to cover the costs of performing experimental tests and patent applications, and our investors and the university emphasized the need for us to start a business around the idea. This led my co-founders and me to take a step back and truly consider the full potential of Mips not only as a research concept but as a business.”

How is that different than what most people do?

“Mips is based on research, and the combination of academic research from the university with the commercialized aspect of it truly has gone hand in hand. As a result, Mips grew into a business based on science rather than setting out to create a business to meet that need. However, as the company took off, I was interested in learning how to grow a business, as I was initially interested in the research.”

“Taking a scientific approach means needing to prove that you, and your hypothesis, are correct. This includes answering all your questions and being as certain as possible that your product will do what you claim it does. In addition, a scientific approach involves being able to back up why your product or company will do what you claim it does. It would likely benefit everyone if more companies were to take this approach over the typical commercial one.”

What lessons have you learned from this process that could apply to anyone building a company? 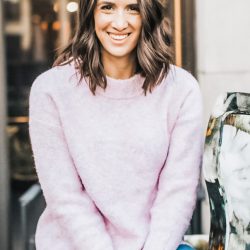