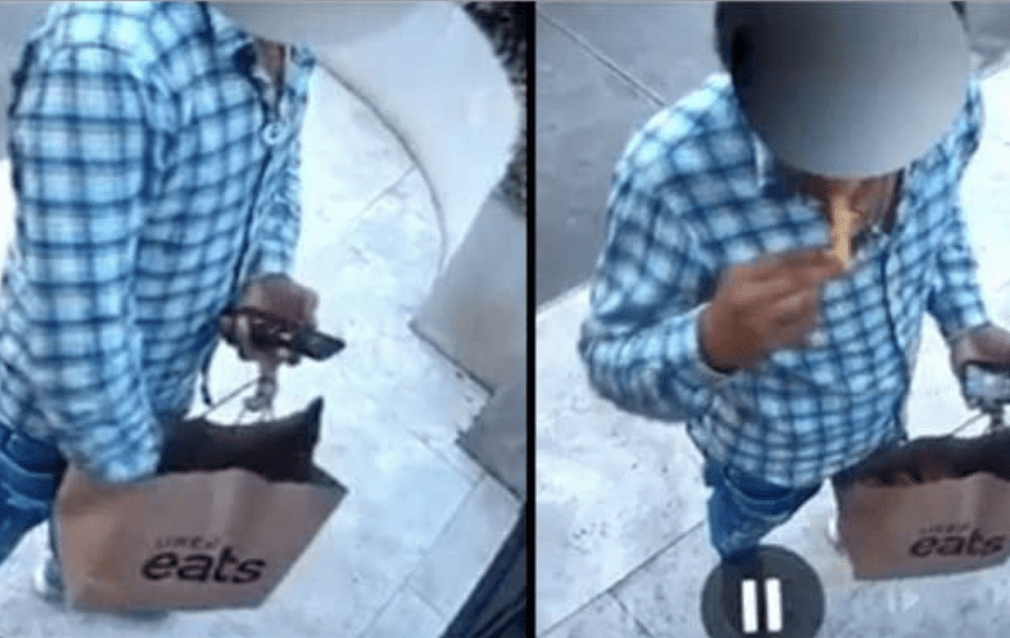 Half of Americans rely on food delivery services to complete their holiday meals, but the cost of convenience comes at the expense of your food being tampered with.

Studies show 62% of people stress out during the holiday season. With 36 percent being from cooking. No wonder why online orders spike.

In 2018, UBS found food delivery platforms in major cities are in the most-downloaded apps.

“We think it’s possible that by 2030 most meals currently cooked at home will instead be ordered online and delivered from restaurants or central kitchens,” according to UBS.

But in October, CBS’s David Goldstein interviewed a food delivery driver who says drivers help themselves to a customer’s food, and some go as far as taking a sip of soda.

“Taking sips of soda all the time….sticking a straw in it and drinking it and putting another top on it,” he said.

Tampering with food alone is unacceptable, but taking a sip out of someone’s drink crosses the line. However, this is not an isolated incident.

Goldstein’s team filmed one delivery driver eating fries from a Fatburger order as he’s getting into his car, and helped himself to more as he starts pulling out of the parking lot. And before handing the customer their order, he licks his fingers and wipes them on his hairy legs.

In a different incident, Goldstein films a man eating fries from a delivery bag, but he says, “I had food in my car,” once confronted.

“So there are all kinds of possibilities of exposure to bacteria, to contaminants in the car and just touching everything,” Nelken said.

He continued, “I’m someone who uses these services, I wouldn’t have even thought of that, David.”

“Sometimes, impulse gets the best of deliverers”: Drivers Bit the Apple

From a scale of 1 being “no big deal” and 10 being “absolutely unacceptable,” the average customer’s response was 8.4 out of 10.

Of the 500 delivery drivers surveyed: 54 percent admitted the food’s smell is tempting, and half of them took a bite.

US Foods said in a statement to NPR, “We’re sorry to report that sometimes, impulse gets the best of deliverers, and they violate their sacred duty by taking some of the food!”

Grub Hub told NPR if a customer suspects some of their food missing, they will refund their money and investigate the incident.

Uber Eats guidelines say a driver’s account will be deactivated for fraudulent activity, misuse or “claiming to complete a delivery without ever picking up the delivery item;and picking up a delivery item but not delivering it in full.”

And Doordash tells drivers to “not open food containers or tamper with the order in anyway.”