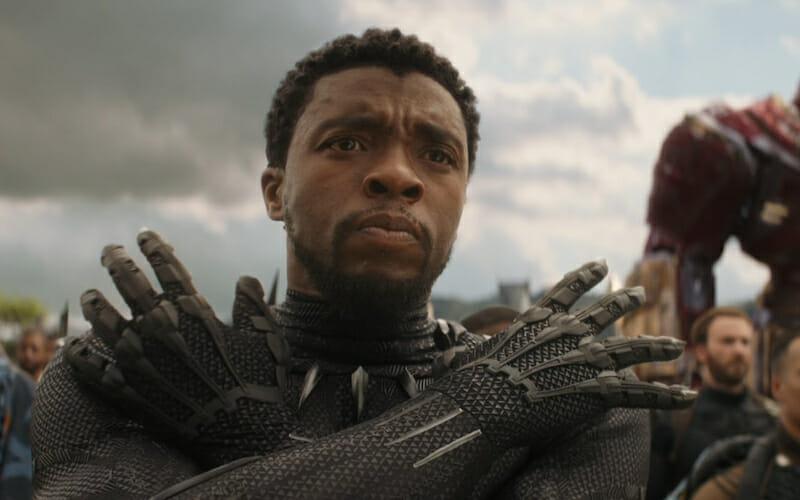 Chadwick Boseman’s recent passing, after a 4-year battle with colon cancer, put the future of the ‘Black Panther’ franchise in the air. And one thing is clear, fans don’t want Marvel to recast the role, but the studio is no stranger at recasting superheroes.

Boseman was the leader of Wakanda, but his passing left the fictional nation without their king, and opened the dialogue about recasting a new actor as T’Challa over the weekend.

And fans were vocal about not having another actor portraying the Black Panther. One person said Marvel studios should not recast the role and “let our king rest.”

Fiend4Follows said Boseman’s portrayal of T’Challa was a powerful performance, and Marvel needs to respect his work because the actor was as strong as his character.

Will Shuri be the next “Queen” of Wakanda?

If there is one person fans hope the mantle is passed to is T’Challa’s sister, Shuri; played by Letitia Wright. Who spoke out on social media on Sunday. “this hurts. really hurts,” Wright tweeted.

The audience quickly fell in love with the character. She is T’Challa’s head of technology, research, and development. Fans said Marvel should “give the crown to a QUEEN!”

Another fan said passing the mantle to her would honor Boseman and skip recasting Black Panther.

@MontyPatel tweeted that no actor can come close to what Boseman did and the new queen should be his sister.

If Shuri rules the ‘Black Panther’ franchise, the movies will be following the comics. That’s because she takes the mantel after Morlun attacked Wakanda and managed to leave Black Panther nearly dead, leaving Wakanda without their King. So T’Challa entrusts his sister with the duty of the panther and defeat Morlun.

It will also keep on breaking barriers with another female superhero. This would give black women the same powerful moment men found with Boseman’s on-screen presence.

Disney hasn’t commented on the future of the franchise. Yet, Marvel isn’t shy about recasting, like the Hulk and War Machine, to name a few.

Black Panther director Ryan Coogler released a full statement about his time with Boseman. He said he noticed “Chads” humility and was an “anomaly. Constantly studying.”

“I noticed then that Chad was an anomaly. He was calm. Assured. Constantly studying. But also kind, comforting, had the warmest laugh in the world, and eyes that seen much beyond his years, but could still sparkle like a child seeing something for the first time,” Coogler said.

Coogler continued,” I haven’t grieved a loss this acute before. I spent the last year preparing, imagining and writing words for him to say, that we weren’t destined to see. It leaves me broken knowing that I won’t be able to watch another close-up of him in the monitor again or walk up to him and ask for another take.”

It’s no surprise with the current political climate that a petition is floating around to remove a Confederate Monument in Downtown Anderson, South Carolina.

The petition says, ” with Chadwick Boseman’s early passing, it is important that we honor a true local legend my immortalizing him in stone in front of the courthouse. The Confederate Monument belongs in a museum, but has no right to be displayed there…he opened many doors for many young black people with his leading roles in movies such as Black Panther or Marshall. It is only natural that his hometown honors what he did.”

Kevin Pichinte
Kevin Pichinte is a staff writer at Grit Daily. Based in Los Angeles, he is a news associate at ABC7 and was formerly a digital news intern at NBC7 and TLM20. At Grit Daily, he covers entertainment and culture news.