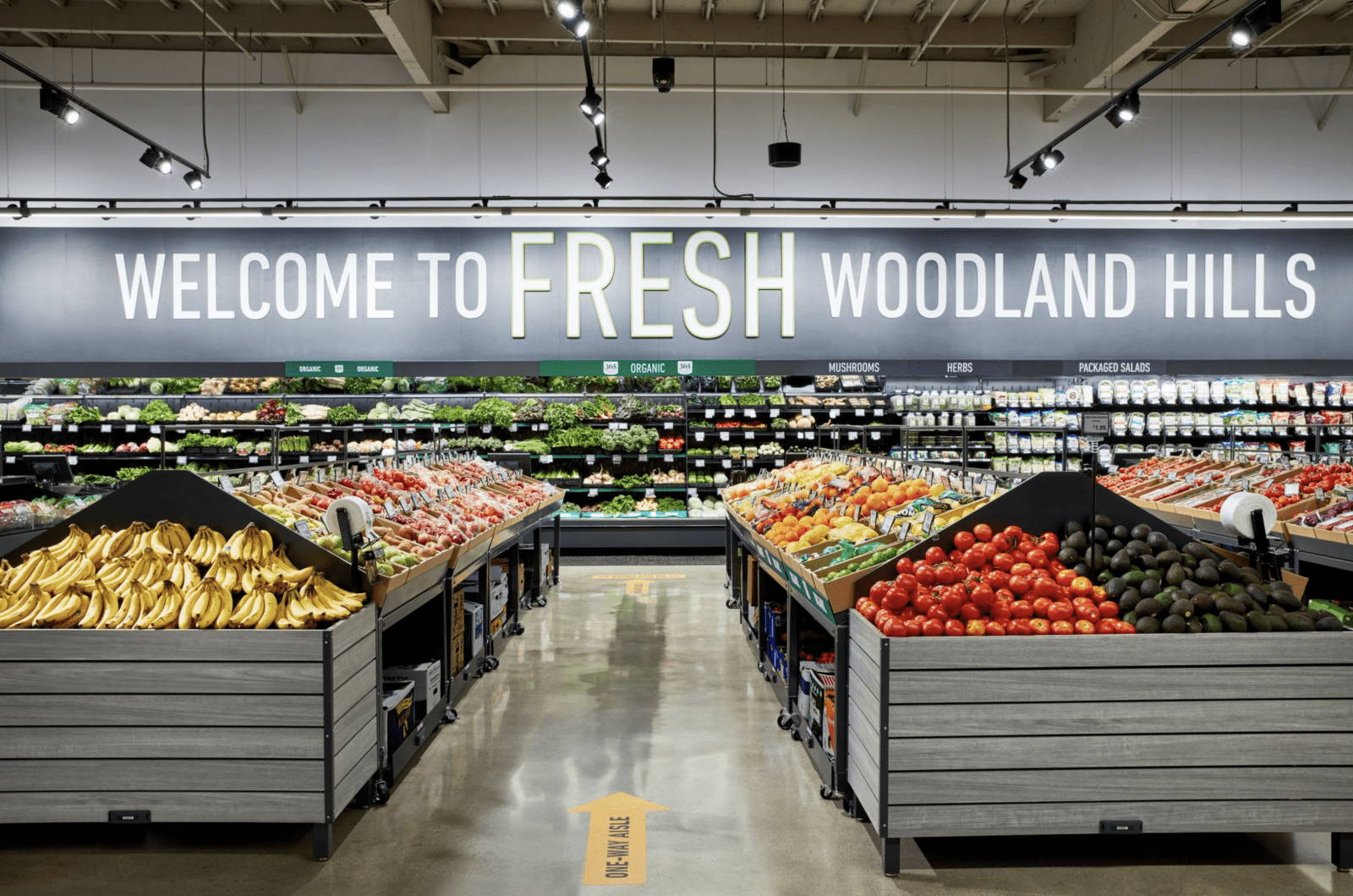 Amazon mixes tech and groceries with the launch of their Amazon Fresh supermarket in Woodland Hills, Los Angeles.

Packed with all the goodies prime members find online with a human touch, from fresh food prepped in their kitchen to Alexa guiding customers throughout the store.

And their new Dash Cart speeds up the experience, by “[skipping] the checkout line.” Connect your account, place two shopping bags in the basket, add items, and the cart scans as you go. Once you are done shopping for your groceries, Amazon charges your credit card, “making your trip even quicker.”

But it does not stop at the shopping carts. There is Amazon Echo Show smart displays throughout the store. Making it easier to find items. Just ask, “where can I find the water?”

Customers can also order same-day delivery or pickup with Prime. So contactless grocery shopping is an option.

This move comes after the tech giant acquired Whole Foods in 2017 for $13.7 billion.

“Grocery is a very large consumer sector; by most measures, it’s $800 billion in the US. And collectively, we’re relatively small in the space.” vice president of Amazon Fresh stores, Jeff Helbling, told CNN business.

Compared to Walmart’s market share of 21%, Amazon’s current share is a minor 4%. For now, the store in Woodland Hills is only open by invitation.

Jeff Bezos billionaire status just jumped to a whopping $202 billion, making him the first to do it.

With the pandemic holding people hostage inside their homes, shopping online skyrocketed, and stocks soared. The unprecedented demand fueled its market value, adding over 86% gain for investors this year.

Bezos first became the wealthiest man in 2017, and the richest in history as his billionaire bond villain status peaked over $150 billion.

The tech tycoon’s wealth comes with some scrutiny. Being the first person worth $202 billion, many questions the moral practice of the company as many workers don’t make enough daily wages.

“Give a good reason we don’t deserve a $30 minimum wage when this man makes $4,000 a second,” former Amazon employee, Chris Small, said.

According to the Washington Examiner, Smalls talked about his story of employment with Amazon. Detailing the company’s poor response to the pandemic.

Smalls walked out of a Staten Island shipping center in March, and Amazon fired him. In response, he said the company isn’t facing its failure to protect workers.

Smalls even lectured outside Bezos’s house:

A representative told CNBC they fired Smalls because he failed to comply with social distancing guidelines and refused to quarantine.

Published in Amazon, Brands, Computers, Gadgets, and Tech and Coronavirus