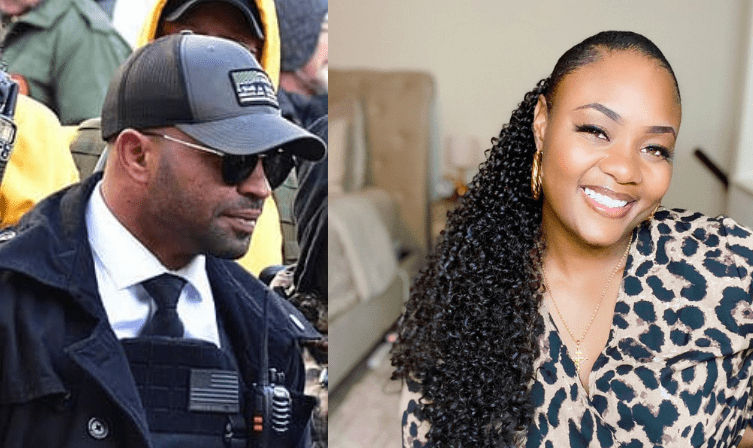 Enrique Tarrio, the chairman of the right-wing group the Proud Boys has allegedly been stabbed after an altercation outside of a bar in Washington, D.C. Bevelyn Beatty, another Proud Boys member that gained attention over the summer after pouring paint on a Black Lives Matter monument, was also allegedly stabbed in the altercation which took place around 2:26 a.m. according to local news.

Suspects in the stabbing have not been released, though Beatty alleged that she and Tarrio had been stabbed by ‘Antifa’ members. Beatty was stabbed in the stomach, while Tarrio was stabbed in the back. A local reporter confirmed on Thursday that the victims were not stabbed fatally.

Beatty gained internet notoriety over the summer for protesting Black Lives Matter when she spilled paint on a mural outside of Trump Tower in New York City. Beatty was arrested on camera, and went viral among right-wing social media users for her activism. She was later accused of ruining another Black Lives Matter mural later this fall.

Tarrio, who serves as the director of Latinos for Trump in Florida, became the chairman of the Proud Boys in 2018 and joined the group after attending the Unite the Right Rally in Virginia in 2017 that gained national attention at the time. The Proud Boys gained national attention this fall after becoming associated with right-wing political violence in the United States. President Trump, who was asked to denounce white nationalism during the first Presidential debate this fall, told the Proud Boys to “stand back and stand by,” causing further controversy.

Both Beatty and Tarrio were at a local bar near the White House watching the election results. Suspects in the stabbing were allegedly wearing all black and consisted of two Black males and a Black female, though little other details have been released.