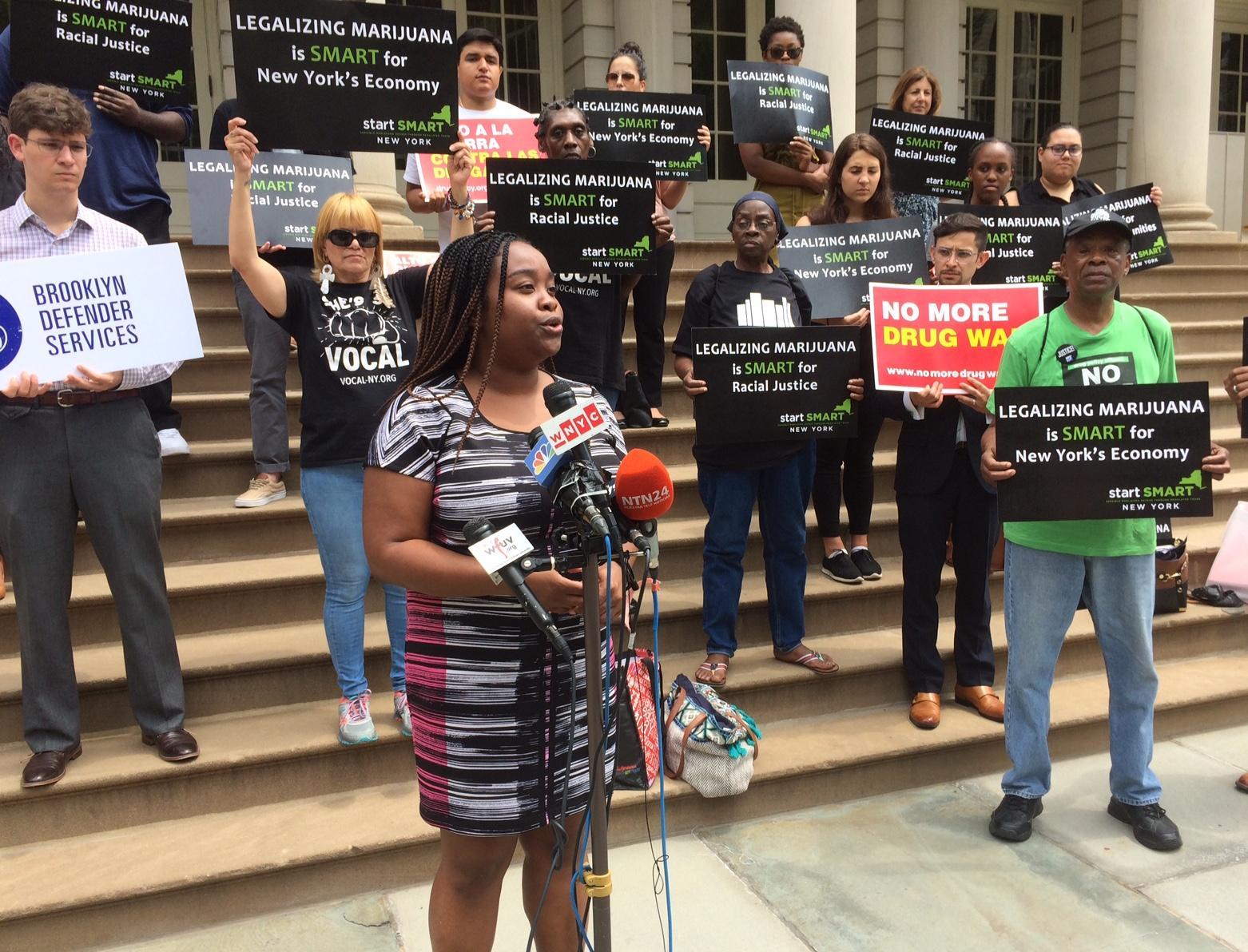 Cannabis Prohibition is Rooted in Racism. Legalization is an Essential First Step for Racial Justice.

Despite a global pandemic threatening the health and safety of humanity, racism is alive and well in America. The unjustifiable murders of Ahmaud Arbery, Breonna Taylor, and George Floyd erupted in massive protests calling for an end to police violence and the many other injustices that Black Americans have been the victims of for far too long. In order to combat systemic racism, it’s necessary to understand the many ways it became ingrained in our society. One such way that racism has been propagated across America is through the prohibition of marijuana. The legalization of Cannabis commerce represents an opportunity to repair the many  harms of prohibition and to build more equitable, inclusive, and just institutions.

The Racist Origins of Cannabis Prohibition

Cannabis prohibition has long been exploited as a tool for furthering institutional racism in America. Harry J. Anslinger, Commissioner of the Federal Bureau of Narcotics, and chief architect of Cannabis prohibition was quoted as saying, “the primary reason to outlaw marijuana is its effect on the degenerate races…Reefer makes darkies think they’re as good as white men.”

In 1937, Anslinger helped to outlaw Cannabis, which was written into America’s laws as “marihuana,” a term created to associate Cannabis with Mexican migrants in the minds of white Americans.

Known as the “Reefer Madness” era, in the 30’s and 40’s, Cannabis was used to discriminate against and surveil black Jazz musicians.

“The Nixon campaign in 1968, and the Nixon White House after that, had two enemies: the antiwar left and black people… We knew we couldn’t make it illegal to be either against the war or black, but by getting the public to associate the hippies with marijuana and blacks with heroin, and then criminalizing both heavily, we could disrupt those communities. We could arrest their leaders, raid their homes, break up their meetings, and vilify them night after night on the evening news. Did we know we were lying about the drugs? Of course we did.”

Since the start of the “War on Drugs” in the 1980s, Cannabis has been an excuse for discriminatory policing practices which have put millions of Black and Brown people into prisons, where they’re exploited as modern day slave laborers for the benefit of huge corporations and their shareholders.

It’s impossible to attribute a cost to the harms of Prohibition, but let’s try anyway. According to the Drug Policy Alliance, Federal and State governments have spent over $1 trillion of taxpayer money on the “War on Drugs.” Unfortunately, these tax dollars haven’t defeated drugs, as evidenced by the present-day opioid crisis.

In models used for economic analysis, various U.S. government agencies (EPA, DOT, etc.) use numbers ranging from $5 – $10 million dollars to quantify the value of an American life. A 2010 Pew Charitable Trusts report found that Black men who experienced incarceration saw subsequent annual earnings reduced by 40%. Assuming the conservative value of a human life to be $5 million, that’s a destruction of $2 million dollars of value for each of the 10 million plus Black men arrested for nonviolent Cannabis-related offenses over the past few decades. That’s at least $20 trillion of damages to Black men! By extension, this also greatly increased the already heavy burdens on Black, Latina, and Native American women who, according to research from National Women’s Law Center, “tend to have lower incomes than white, non-Hispanic women and Asian women, and are more likely to be in poverty.”

Not only did our public institutions rob these Black and Brown men of the chance to grow and prosper, but in doing so they also destabilized their communities and inflicted multi-generational trauma that will continue hurting our nation and the human collective for many years. Meanwhile, our politicians and so-called public servants justified these deliberately destructive schemes by demonizing Cannabis.

Despite the recent wave of legalization, the War on Black, Indigenous, and People of Color (BIPOC) Americans wages on. According to a recent ACLU study, “extreme racial disparities in marijuana arrests persist, even in legalized or decriminalized states. Nationwide, Black people are 3.6 times more likely than white people to be arrested for marijuana, despite similar usage rates.”

What’s worse is that, “the personal impact of marijuana arrests can be devastating. In many states, a marijuana arrest can carry life-altering collateral consequences: parents may lose their children in court proceedings; disabled and low-income recipients of public benefits may lose health care; immigrants can face deportation; families can be evicted from public housing; and finding a job can be difficult and outright impossible in some cases. Because of racism in our criminal justice system, Black and Brown communities disproportionately face these harmful repercussions.” While some states that have embraced legal Cannabis business have expunged Cannabis related offenses, many have not.

Earlier this year, the majority of U.S. Governors deemed medical Cannabis businesses to be “essential” and therefore allowed them to remain open even during the most stringent phase of pandemic lockdowns. Given the plant’s ability to alleviate anxiety and recent reports that patients who use medical Cannabis are happier and healthier than those who don’t, it’s not surprising that while most of the economy froze, Cannabis businesses all over the country enjoyed significantly higher sales than usual.

Although the industry is booming, most Cannabis industry insiders and long-time advocates agree that legalization has not achieved enough progress in terms of promoting restorative justice, inclusion, and economic equity.

The Prohibition of Cannabis Institutionalized the Destruction of Communities of Color.

Now is the time for our government to institutionalize investment into communities of color through Cannabis commerce. To do so would require mandating that the majority of Cannabis derived tax revenues be used for rebuilding communities of color. The cleanest way to do so is by empowering the grassroots leaders in BIPOC communities who have been working on supporting victims of the War on Drugs, police violence, and other forms of injustice. Who better to direct Cannabis derived funding into community reinvestment than the people who have devoted their lives to community service? Certainly, they’d be better suited for the job than politicians and the Cannabis industry which are mostly comprised of old white guys.

Unfortunately, Cannabis isn’t going to magically end racism in America. However, the nascent Cannabis industry requires criminal justice reform and public policy change to unlock the unique combination of massive economic growth and significant public health benefits offered by the plant. Now is the time to demand that our government officials use this essential healing plant to the best of its abilities: for restoring homeostasis. Cannabis business must be part of the solution, as a gateway beyond racism, towards healing and unity.