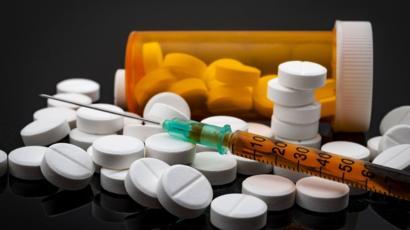 According to Fierce Healthcare, a report from the National Academies of Sciences, Engineering, and Medicine states that there is a new crisis walking side to side with the opioid epidemic. The opioid epidemic is making space for a brand new epidemic of infectious diseases. According to the report, the country is experiencing an increase in infectious agents, such as HIV, Hepatitis C virus, and bacterial infections, as well as sexually transmitted infections.

The increase is mainly due to the sharing of infected needles, unsafe sex, and little to no access to medical care. And it seems like it has been going for a while.

What Is Being Done

Researchers, microbiologist and infectious-disease specialists around the country are trying to understand the way epidemic spread and the most effective way to treat it.

Unfortunately, it’s almost impossible to predict the next point of outbursts or to find an efficient way to collect data about new cases. The idea to include addiction recovery hotline and rehab facilities in the process needs to be additionally investigated due to a fact that drug users prefer anonymity and usually are not in the position to seek early treatment.

The deaths and lawsuits have become leading articles for distinct media outlets. To acknowledge the problem has increased, the government has attempted to intervene by minimizing “legislative barriers and improving funding,” says The Hill.

This is best seen with the arrival of The Century Cures Act (Cures Act), the Comprehensive Addiction and Recovery Act (CARA Act) and the Support for Patients and Communities Act (SUPPORT Act). These Acts have allowed funding through grants of more than $10 billion. While larges quantities of money have been spent, the public still asks whether the government has gone far enough by spending money in the proper areas.

The Aftermath of the Crises

The Four states hit the hardest by the opioid epidemic are Tennessee, Kentucky, Ohio, and West Virginia. They have seen a 364% increase in acute hepatitis C virus infections in the past few years, the NASEM report said. Rural areas are victims to a shortage of practitioners such as physicians, social workers, therapists, and counselors.

Despite the laws that have been created, the report still suggested removing insurance requirements on prescription medications for OUD, hoping to expand access to medications and lifting state bans on “controversial syringe service programs.”

Since only 10% of care providers can prescribe medication to treat patients for opioid addiction, it is difficult to determine how to measure success in eradicating both crises.

Companies that deal with the addiction field describe opioid addiction as a “chronic, relapsing disease,” intervening with expectations of high success rates. Success is defined as being cleaned from substances for at least a year after ending a program. Unfortunately, that idea of success is only found in a 10 percent range.

A Change Of Habits

As of now, no major improvements have occurred using known treatment methods and no major breakthroughs have been demonstrated. As for the epidemic of infectious diseases, legislation to reform aspects of health care are happening, but habits still die hard. Most of the diseases are STIs and needle related, which means that not only do patients need medication, they also need counseling to guide them away from self-destructive choices.

As easy as it sounds, the problem still remains: the effects of opioids are highly addictive. Science Daily explains that about one-quarter of patients who are prescribed opioids for chronic pain are likely to abuse them. As a result, five to ten percent develop an opioid related disorder and/or addiction. Researchers at University of California San Diego School of Medicine found that opioid dependence produced irreversible damage in the brains of rats. No, we are not rats, but I don’t want to imagine the effects of the substance on my peers.

Money Is One Motivator

The biggest plot twist (sometimes) is the fact that companies usually know what kind of drugs they are selling. This was best seen when the company
Practice Fusion developed a program that went through data that doctors entered and “suggested next steps for a treatment plan.” However, its employees worked with the pharmaceutical firm’s marketing team to make sure that said treatment was likely to also include opioids. Just for US $1 million. Who can you trust now if not your doctors? Your guess is as good as mine.

Published in Consumers, Health, Health and Wellness, Life and News