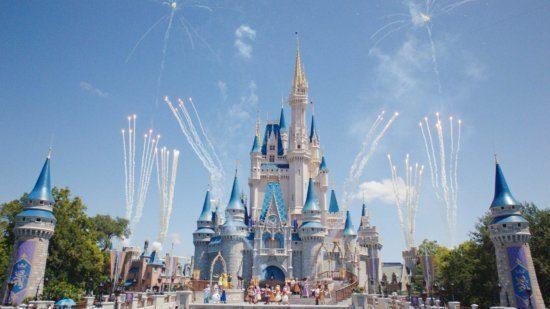 Major U.S. Events Are Being Cancelled Over Coronavirus—So Where Does That Leave Disney?

Fears of worsening the novel coronavirus (Covid-19) outbreak have stifled global economies in recent weeks, including the indefinite closure of Disney’s Asia parks. Other events have been cancelled over coronavirus, but Disney remains confident that it can remain open—for now. The company’s United States parks have yet to make any official announcement about the outbreak, but with travel bans expanding and no sign of an affordable and accessible vaccine on the horizon, many are left to wonder whether Disney will opt to close its domestic parks.

The decision to close the parks would not likely come easily, though many events are being cancelled over coronavirus. As it stands, the parks have only been closed in the wake of major events since opening decades ago. Once during 9/11 following the terror attacks in the United States, and on several other occasions over hurricane warnings that threatened public safety. Never, though, have the parks closed for extended periods of time.

The spread of Covid-19 has been rapid around the world, but slowed within the United States as officials have worked hard to contain the virus. So far, only about 150 cases have been confirmed in the United States, but numbers are increasing by the day. In Florida and California, where Disney’s two resorts are located, only one of the 54 combined cases has been confirmed.

Officials in Miami announced their decision to postpone Ultra Music Festival in the wake of the coronavirus outbreak. Chatter about whether or not other events will be cancelled over coronavirus only got worse. SXSW has not made any major decision on behalf of the festival, which will take place in Austin, Texas next week—but major brands and tech companies are pulling out of their presence at the event on a daily basis.

Beyond event cancellations, airlines like Jet Blue have halted funding and hiring while cutting back on services in the coming months to make up for revenue lost during a time when Americans are just not traveling as much. United Airlines also confirmed that it would be reducing the number of flights it offers in April. The carrier will reportedly cut 10% of its domestic flights and 20% of its international flights, on top of the already cancelled flights to and from Asia.

Travelers are wary of going into public spaces.

Business travel in particular has suffered a halt—though many are still carrying through with planned leisure trips. Disney, which sees around 250,000 guests traveling daily within its Florida properties alone, represents a major percentage of leisure travel both domestically and internationally. But the company has yet to make so much as an announcement over what it will do to prevent a Covid-19 outbreak at its parks.

The company only collects licensing royalties from its Shanghai and Tokyo parks, meaning that the decision to close the parks was not completely their own. But in the United States, it will suffer a greater financial loss over a potential closure than anywhere else. The company is already poised to lose millions over the untimely release of Call of the Wild, so a park closure could mean astronomical damage for shareholders.

Disney has not made any official decisions over what it will do about the coronavirus outbreak. “When you have a brand as strong as us with tremendous franchises and built-in consumer demand, we know that when we are able to re-open, we will come back better and stronger than ever,” said CEO Bob Chapek in an interview last week.

Officials within the company have not given a precise estimate on the exact financial damage that the closures will create, citing that there is no official re-opening date, it’s hard to say. The company revealed, however, that it is monitoring the situation closely and working with health officials to make the best decision for its guests.

Guests have reported hand sanitizing stations being put up outside of major attractions within the parks, and USA Today reports that the company is urging workers that have recently traveled to Italy stay home from work until they can be cleared by a medical professional.