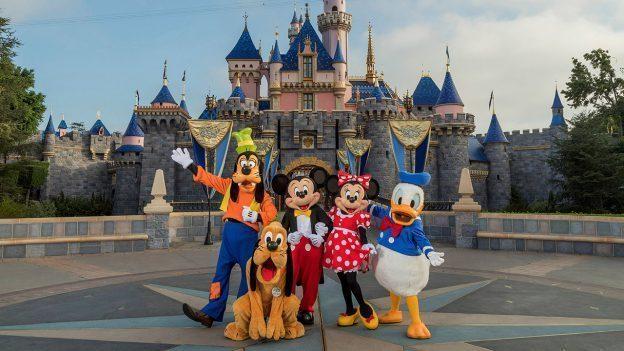 Disney’s longtime and beloved CEO Bob Iger has stepped down in a bombshell announcement that came Tuesday afternoon. Meanwhile, the company’s Asia parks have suffered significantly over closures due to the Coronavirus outbreak, a move that will reportedly cost the company as much as $280 million, if not more, depending on whether or not the spread of the virus slows down.

The announcement that Iger would be stepping down comes as a shock for investors. Iger recently extended his contract with the company to serve a longer term as CEO, but revealed today that it would be cut short with the decision to change his position.

Iger was insurmountable to Disney’s success in recent years.

Iger’s work with the Walt Disney Corporation nearly saved the company’s direct to consumer brands—namely, its theme parks, as his focus on investing into their constant refurbishment brought them back into the forefront of Disney’s massive empire. Expansions like Star Wars-themed lands in Anaheim and Orlando have brought millions of visitors to the already packed parks. While the opening of entirely new theme park locations in places like Shanghai have canonized the Disney brand as a global tourist attraction.

Most recently, Iger can be attributed to Disney’s major expansion into the streaming industry. The Disney Plus streaming service has boasted tens of millions of subscribers within its first couple of months in the U.S. market.

But as Bob Iger steps down, another Bob will take over. Bob Chapek—who previously served as the CEO of the Disney parks, will take over as the CEO of the whole company. Chapek can also be attributed to the expansion of parks like Disneyland, which opened its Star Wars land last year, as well as other new installments in other parks like Disney’s California Adventure. “The goal here … is to create a smooth transition process,” said Iger in a live interview with CNBC on Tuesday.

Iger will stay on with the company as the Chairman of the Board, meaning that Chapek will still have to report to Iger for regular updates on the state of the company. Investors, however, are concerned that Iger’s untimely departure from the company could mean that Disney may suffer from greater losses than it has already, especially as the fate of Coronavirus remains unclear.

Disney’s Hong Kong and Shanghai parks will remain closed indefinitely, with the potential to close more parks if the virus continues to spread at an alarming rate. As it stands, recent mass protests in Hong Kong have impacted travel to Hong Kong Disneyland, and that was before the company shut down operations after the rapid spread of Coronavirus saw mass quarantines in the small country that shares a border with Mainland China.

Meanwhile in Shanghai, the park will remain closed indefinitely, marking two of the longest park closures in Disney history. Neither Disney nor Iger have revealed the exact reasons for Iger’s early departure.