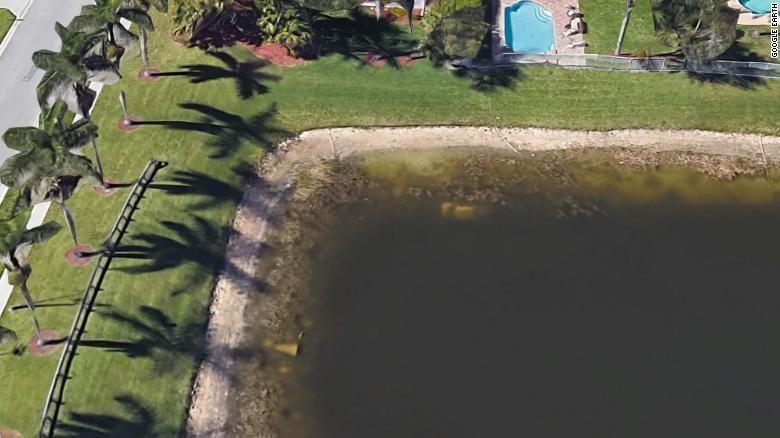 The body of a Florida man presumed to be missing since 1997 was discovered in a sunken vehicle via Google Maps last month. The man, William Moldt, went missing in 1997 and was never found, his case eventually went cold and authorities stopped looking. Now, thanks to Google Maps, Moldt’s vehicle and body was found sunken in a pond in Moon Bay Circle in Wellington, Florida—just southwest of Palm Beach, Florida. The vehicle was discovered by Barry Fay, a resident of the neighborhood, who happened to notice that there was a sunken car visible from Google Earth. After double checking with a drone that the vehicle was there, Fay called the police.

William Moldt went missing on November 7, 1997 after leaving a nightclub in the area. Moldt apparently called his girlfriend before disappearing, though sources claim he did not seem particularly intoxicated when he left. Police soon launched a missing persons case, but were never able to find Moldt after he went missing on that November night. The case soon went cold and Moldt was never found. At the time, the neighborhood where Moldt’s car fell into a pond was under construction.  Law enforcement officials believe that Moldt lost control while driving and drove into the pond.

Though the area and vehicle have been visible on Google Maps since 2007, it wasn’t until last month that anyone noticed the submerged vehicle in the water. The vehicle was not visible from the shore, and was only recently made visible again due to changes in the water level. This is certainly not the first or only case that has been solved using Google Maps or Google Earth, as other similar stories have showed up since the service launched back in 2001. The service has captured crimes like tax evasion, theft, drug operations, robbery, and even a mugging via satellite and street view cameras that happen to be passing by at the exact time of a crime.

As far as missing people showing up years later after having driven their cars into lakes by accident goes, Moldt isn’t the first case there, either. A Michigan man named David Lee Niles was found in 2015 under similar circumstances. Other cases happen to catch things like dead bodies via satellite. In 2013 the family of a teenager that had been murdered in Richmond, California requested that Google remove images of their son dead near a railway. The image, which was captured via satellite in 2009, showed Kevin Barrera being found by police after being shot. While Street View offers a service that blurs faces and license plates, images taken via satellite do not get treated with the same level of care because they are not considered as invasive as the images taken via car.

Many of Google Earth and Google Street View’s images are years’ old, as it takes quite awhile to canvas each and every road in the United States. Much of the world is available to travel through Street View. The project started in 2001 as a research project for Stanford before being purchased by Google. Today, the service has become part of our daily lives and is one of the most extensive tech projects available in the world. The service offers extensive views from the streets of over 50 different countries and counting, allowing users the luxury of being able to travel the world from the comfort of their homes—for free.