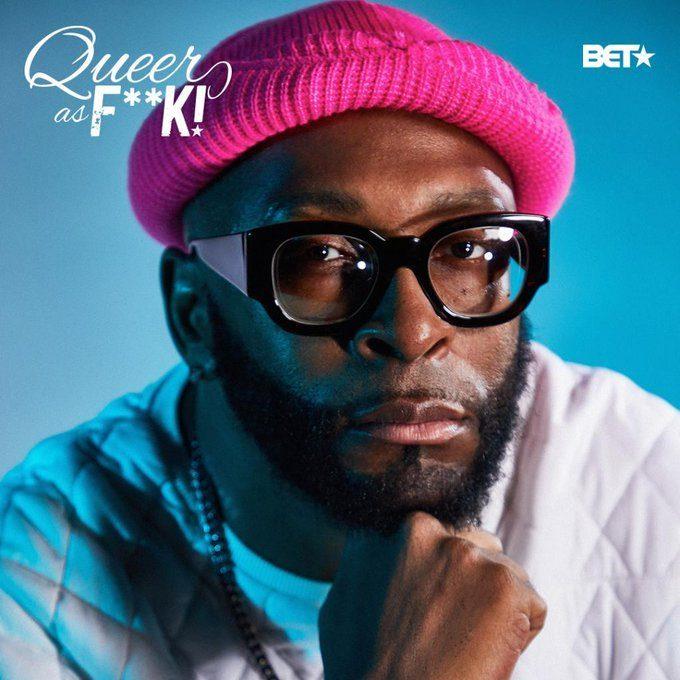 We know that Black History Month is about highlighting the achievements of African Americans throughout United States History, but all African Americans should be celebrated this month, including those in the LGBTQ+ community. And thanks to the BET network, we are getting just that.

BET took the reigns and did just that with its #29DaysofQueerExcellence campaign. Every day this month, the network’s social media channels will highlight on Black LGBTQ+ people and their work and contributions; said people also talk about their experiences in the community.

In addition, #29DaysofQueerExcellence marks the start of BET’s new social franchise, Queer As F**k, which is said to “explore the beauty, power and diversity of the global Black queer community.”

Why The Campaign Is Important

The #29DaysofQueerExcellence campaign allows other Black LGBTQ+ individuals to see people who are like them. It also gives them the chance to understand that they aren’t alone in this world. A few social media users praised BET for shedding light on a community that is often forgotten.

However, the campaign itself highlights on the erasure of Black LGBTQ+ people as a whole. More often than not, discussions of the civil rights movement of the 1960s tend to leave out Black LGBTQ+ individuals; even today, they are still fighting for their rights to be seen and acknowledged. Here are a few names you may (or may not) have heard of in regards to the topics of Black history and civil rights.

Bayard Rustin served as an advisor to Dr. Martin Luther King Jr. during the civil rights movement. He was openly gay and assisted Dr. King with the boycott of segregated buses in 1956. Additionally, he organized the infamous March on Washington for Jobs and Freedom in 1963, the same place where Dr. King delivered his “I Have A Dream” speech.

If you know about the Stonewall Uprising of 1969, then you must have heard or read about Marsha P. Johnson. As a Black, transgender woman, she fought for liberation for gay people and Black people alike. In addition, she and friend Silvia Rivera founded STAR, an organization providing shelter and support for homeless LGBTQ+ youth.

Did you know that two of the three Black Lives Matter movement co-founders are LGBTQ+ identifying? Patrisse Khan-Cullors and Alicia Garza both identify as queer; they, along with third co-founder Opal Tometi, also state that Black Lives Matter applies to all Black people, including those in the LGBTQ+ community.

Additionally, their website states that they foster a queer-affirming network, where they free themselves “from the tight grip of heteronormative thinking, or rather, the belief that all in the world are heterosexual (unless s/he or they disclose otherwise).”

I would be lying if I said I had no idea about Rustin, Khans-Cullors or Garza being a part of the LGBTQ+ community. Upon my research, I also did not know how much of an impact they made on this community. That goes to show how little these prominent figures are discussed in not just Black history, but history in general.

If a person or persons made significant contributions to both the Black community and the LGBTQ+ community, they should be recognized for their efforts.

Prior to their campaign and the announcement of their Queer as F**k franchise, BET even faced criticism for their own erasure of African Americans in the LGBTQ+ community. In 2013, B. Scott filed a lawsuit with the network after he stated he was discriminated against for “dressing in clothing that BET officials considered not “masculine” enough while hosting the Style Stage pre-show on the red carpet at the BET Awards;” he later settled the lawsuit in 2015.

In addition, actress Tisha Campbell stated that she “fought hard” to have Pose actress MJ Rodriguez perform with her and Tichina Arnold at last year’s Soul Train Awards, which aired on BET; the cast of Pose were also seemingly left out from last year’s BET Awards.

Although BET never spoke out on these happenings, we see how they are making efforts to celebrate Black LGBTQ+ individuals and what they have done now and in the past.

All in all, giving more visibility to African Americans in the LGBTQ+ community should not just happen during Black History Month. They should be celebrated every day as they have—and continue to—become a part of Black history.